A guest post by Leehee Rotschild, who tries to imagine a scenario in which Molotov cocktails are thrown at Israelis, and not asylum seekers, as was the case two nights ago in south Tel Aviv.

Let’s take a moment to imagine what would happen if Eritrean refugees had thrown Molotov cocktails into Jewish houses and a kindergarten, let’s say in Jerusalem, or Haifa. 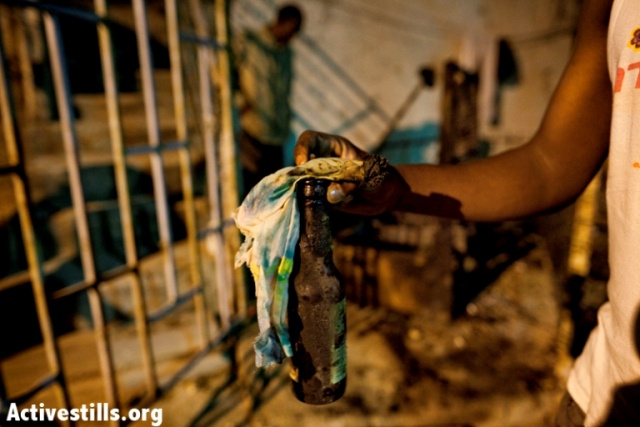 The police would be there as soon as it happened, certainly before the third and fourth attacks, and so would the media, to whom they would immediately call and issue a statement. They would promise not to rest until they had their hands on those responsible.

Netanyahu would be out and about declaring, “This shall not pass,” and “We’ll make them pay,” and almost all parliament members from the extreme right to the so-called “Zionist left” would stand alongside him, competing for who screams for the bloodiest and most brutal vengeance.

The Israeli media would dub the incident a terrorist attack. They would be speaking about those shameless terrorists who target kids. They would interview the residents of the houses, the parents of the children who go to the kindergarten, random people who happened to be in the street not long after, and many more.

There would be ambulances to make sure nobody was hurt, and probably some of the residents of the house would be proclaimed as suffering from shock and panic.

The mayor would promise to give material aid to the residents and to renovate the houses and kindergarten at the municipality’s expense, and the residents would be invited to a hotel suite until renovations are completed. The kindergarten would have reopened to great fanfare in a matter of a week, with the presence of the mayor, the president and probably a few more, while the innocent faces of the children smile for the camera, as they say that yes, they’re scared, but they’re also brave, and trust our government.

We’d see people everywhere expressing shock and outrage, at this horrible, horrible thing that had just happened. The entire country would unite in collecting food and toys and clotehs and donations to these poor kids and poor people who had the misfortune of being the victims of such an atrocious crime. Let’s imagine, for just a moment, what it would have been like. And then let’s go back to the reality – in which the Molotov cocktails were most likely thrown by Jews, the victims are refugees and migrant workers, and Israeli police described it as nothing more than a “minor incident” – so we can all relax.

Leehee Rotschild is an Israeli activist who focuses mainly on the Palestinian struggle against occupation and apartheid, and was also present at the demonstration in Shapira following the attacks on asylum seekers’ homes. She writes about activism and political struggle on her blog, Radically Blonde and other publications.

[Haggai’s note: This was a guest post by Leehee Rotschild. Just to make things clear – Tel Aviv police does not yet have any suspects in the case of the attacks on asylum seekers’ houses, and these have not been seen by any of the victims. However, many residents of the neighborhood – Israeli and foreign alike – assume the attacks were carried out by Israelis]

Community shaken after night of arson attacks on African refugees

emailemailemail
Before you go…
A lot of work goes into creating articles like the one you just read. +972 Magazine is nonprofit journalism, owned by many of our writers, editors, and journalists. In order to safeguard that independent voice, we are proud to count you, our readers, as our most important supporters. With your support, we can keep +972 Magazine a strong, independent, and sustainable force helping push the global discourse on Israel/Palestine.
DONATE
More About shapira 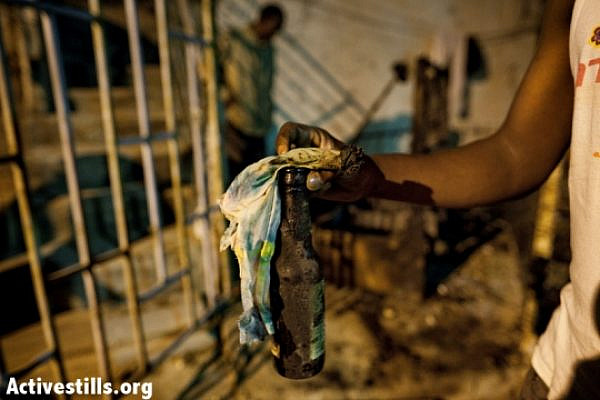