Instead of creating an lifeboat for undesired political has-beens, new Labor leader Avi Gabbay should try to unite Israel’s center-left behind a defiant message in the face of an emboldened right-wing coalition.

There are more than enough reasons for Labor Party voters to be thoroughly skeptical of their recently-elected leader, Avi Gabbay. He has little to no political experience, and the little experience he does have comes from the center-right of Israel’s political spectrum: he helped co-found Kulanu with finance minister Moshe Kahlon, which continues to back the Netanyahu government despite a steady increase in undemocratic legislation and mounting evidence of the prime minister’s corruption.

But if his inexperience was a source of anxiety, it also propounded a certain optimism. As much as I admired the gravitas, accomplishments and career of Amir Peretz (save for his disastrous tenure as defense minister during the 2006 Lebanon War, for which his early advocacy of the Iron Dome was never an adequate counterweight), it was clear that a supportive role in a government led by Yesh Atid head Yair Lapid — who according to polls is the frontrunner against Netanyahu in the polls — was his ceiling.

With Gabbay, though, a wild card has been thrown into the mix. While he earned the support of some Labor heavyweights after crossing the first round threshold, they cannot possibly take credit for his victory. Gabbay owes them nothing and the first several months of his leadership offer an unprecedented opportunity to reshape the image and workings of what is still Israel’s most prominent social democratic party. 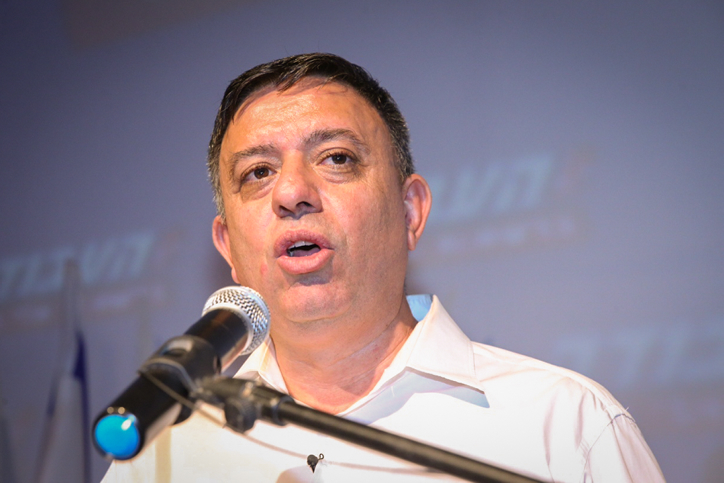 Labor Party leader Avi Gabay speaks to supporters during a gathering with supporters in Tel Aviv on July 27, 2017. (Photo by Flash90)

Unfortunately, it appears he is set to squander it. The Jerusalem Post‘s Gil Hoffman recently reported on speculation that Gabbay’s recent proposal to allow himself to directly appoint individuals to the party’s electoral list, including two in the first ten slots, is meant to bring Ehud Barak and Moshe Ya’alon into Labor. Although the report has not been completely verified, there are signs Gabbay is trying to court Barak and Ya’alon.

Barak, of course, led Labor to victory over Netanyahu in 1999. His time in the prime minister’s office left such a lasting impression on the public that it remains to this day the last election in which Labor finished first. Instead of formulating and forcefully arguing a case against the right and Ariel Sharon in the 2001 vote, he endorsed their worldview by declaring there was “no partner” for peace. The outbreak of the Second Intifada made Labor’s loss likely, but Barak’s irresponsible proclamation effectively displaced it from the political map

In 2007, Barak returned and unseated Peretz as both Labor Party chairman and defense minister, and went on to lose nearly a third of the party’s seats in the election, a humiliating fourth place finish for the country’s once dominant political force.

The story, unfortunately, doesn’t end there. Far from being content with a decimation at the polls, Barak took Labor into government with Benjamin Netanyahu, maintaining his position as defense minister. When senior party members, including cabinet ministers, decided it was time Labor return to the opposition, Barak opted to fracture the party and create “Independence,” a so-called party which had not won a single vote but nevertheless served as a linchpin for Likud rule for nearly two years. Rather than head into the 2013 elections with a party polling at zero seats, Barak entered retirement, from which he has now sadly emerged.

But at least Barak was, at one point many years ago, a plausible personality for a center-left opposition: a highly educated decorated soldier who believed Israel’s future security depended on its acceptance in the region, which could only be achieved diplomatically. Instead of choosing unity with a humbled Likud following his election, he formed a coalition that included parties strongly supportive of the peace process and others that had previously allowed a Labor government to pursue peace. He may have expected results on the cheap, at least when it came to the Palestinians, but he clearly did not believe the occupation was sustainable. 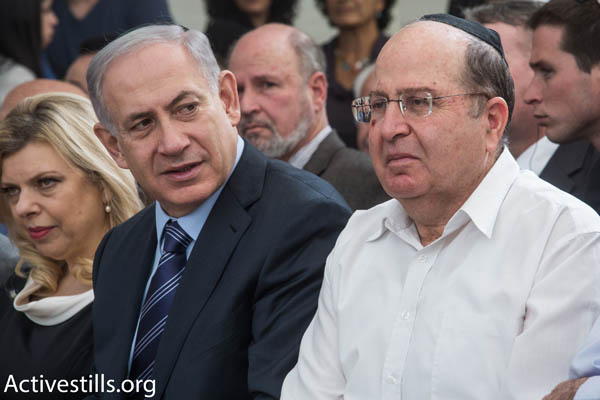 The same cannot be said for Moshe Ya’alon. He is a particularly hard-line supporter of the status quo, having launched his political career in opposition to the Gaza disengagement, who last year lost his job as defense minister for failing to endorse cold-blooded murder in the case of Elor Azaria. That a party led by Ya’alon would, according to recent polls, win zero seats in an election held today drives a coach and horses through any seemingly compelling electoral argument for adding him to the list.

Gabbay should not waste political capital ramming through two unpopular figures from Israel’s political past who will do little to distinguish Labor from Yesh Atid. In advocating such a move, Haaretz’s Emilie Moatti drew a positive comparison with Hatnuah, the party led by Tzipi Livni that included a diverse group of political has-beens, along with Elazar Stern, a military figure whose views were slightly to the right of Livni’s.

But far from serving as validation, Hatnuah is in fact a cautionary tale. It was a party that won six seats despite having three recent party leaders (Peretz and Amram Mitzna of Labor and Livni of Kadima) on the list, in addition to Stern, whose influence on the electorate was surely negligible.

Instead of creating a lifeboat for undesired political has-beens, Gabbay should try to unite the center-left behind a defiant message in the face of an emboldened but weakened right-wing coalition. Gabbay’s fierce criticism of the government amidst the Temple Mount/Al-Aqsa Mosque crisis in July, and renewed promotion of the word “peace,” are good starting points. Burdening Labor with old ghosts would represent a needless setback.

Abe Silberstein has written on Israeli politics and U.S.-Israel relations for Haaretz, The Jerusalem Post, and +972 Magazine.