Imagine if Jerusalem had an Israeli mayor from the Likud party, and a Palestinian deputy mayor from Fatah. It’s not so far-fetched — the equivalent is already in place in Belfast.

By Liel Maghen and Eran Tsidkyahu 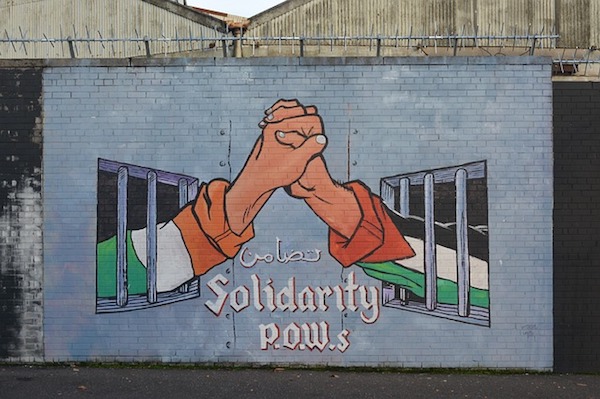 Walking around Belfast’s various neighborhoods can remind one of the situation in Jerusalem. It’s not just the wall that divides residents of the same city — it’s also the graffiti of Israeli flags on one side of the street and statements in support of Palestinian prisoner Marwan Barghouti on the other. As a group of Jerusalemites, we couldn’t help but compare the reality in our home city to that in Belfast, and the situation in our country to what’s going on in Northern Ireland.

But in contrast to Jerusalem, where the conflict is far from over, Northern Ireland is deeply engaged in a reconciliation process that began at the end of the ‘90s. So we sought to try and learn from Northern Ireland’s recent history how to put a stop to the cycle of violence in Jerusalem.

We visited Belfast as part of a group of Israeli and Palestinian Jerusalemites who work on Jewish-Arab political and cultural issues. Our trip was a collaboration between the joint Israeli-Palestinian NGO IPCRI and the Irish Embassy, and involved studying, over several days, how a national conflict expresses itself in shared urban spaces.

Our trip revealed to us the complexity of the British-Irish conflict. The Palestinians in our group naturally identified with the Catholic struggle for independence from the U.K. and for the unification of historic Ireland, along with the quest for equality in the face of historic discrimination by the Protestant British hegemony. The Israelis, meanwhile, found themselves likened to that same Protestant hegemony, thought of as a foreign power occupying the local population.

Belfast’s residents have also scrawled political messages on the so-called “peace lines” that separate the city’s various neighborhoods — and communities — from one another. Protestant areas of the city feature Israeli flags alongside monuments commemorating British participation in various battles to “liberate the land of Israel. Catholic areas, on the other hand, are home to Palestinian flags next to signs supporting the Palestinian prisoners’ hunger strike. (Interestingly, in the 1940s, the Irgun and Irish-Catholic revolutionaries were mutual admirers; the latter even claimed inspiration from the former, and were avid readers of Menachem Begin’s book ‘The Revolt.’)

From perpetrators of violence to agents of change

Mahdi Abdul Hadi, the Palestinian Jerusalemite academic, has stressed the need to compare different conflicts in order to try and understand what characteristics they may share. In the introduction to his 2004 book, “Ireland and Palestine — Divided Countries United by History,” Abdul Hadi writes:

There are many differences between the con­flicts in Ireland and Palestine, but there are also key similarities. For instance, both conflicts are character­ized by a long history of struggle for independence and both have a deep-rooted religious aspect. Both peoples have witnessed uprisings, revolutions, wars and attempts to partition their land, and both have developed and maintained a strong identity. In both cases major documents were signed in 1993 aiming at an end to decades of confron­tation (the PLO-Israel Declaration of Principles in September and the Anglo-Irish Joint Declara­tion on Peace in December), and there have been ongoing negotiations ever since. Both declarations did not really present any new ideas but provided the necessary political con­ditions allowing the parties to start negotia­tions.

The fragile coexistence between Protestants and Catholics in Northern Ireland, and particularly in Belfast, has been made possible thanks to the reconciliation process that began with the Downing Street Declaration in 1993 and continued with the Good Friday Agreement in 1998. The agreement won broad legitimization from both sides, negotiated by directly elected representatives — including former political prisoners who had agreed to a ceasefire. This legitimization enabled the status quo to be maintained, and the very perpetrators of violence to become the main agents for change in both societies.

The agreement had a modest goal — to improve the situation while entering into a lengthy reconciliation process. The signing of the agreement was therefore not conditioned on the resolution of all core issues at the outset, but rather was understood to be part of a long journey. First came armistice, followed by a guarantee of representation in decision-making processes and in the police. Only recently has a further step been taken toward cooperating on reforming the joint education system.

It became clear from our conversations with activists and former prisoners that neither side has given up on its ambitions over the two decades following the agreement. But both sides are working toward their goals via political means, and barely anyone speaks today of a return to armed struggle as a realistic option.

There is another important lesson to be learned from this outcome. Despite our criticizing the delay to resolving core issues, speakers from both sides in Belfast repeatedly emphasized to us how much the city had benefited from the tremendous change wrought by the agreement. Belfast has gone from fear and violence to a shared city where one can live a pleasant and comfortable life. 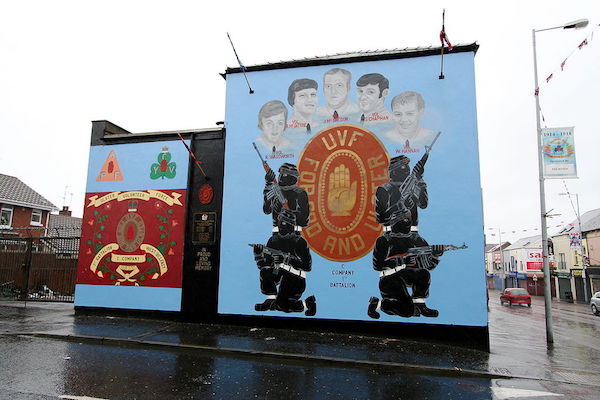 The generation born after the agreement has no personal memory of the conflict: it conducts business across different demographics, studies in a joint education system and sees a different political future for the city. The national and municipal institutions they grew up with were structured around equality, and they see one another as equal partners in their society. When members of this generation take their place in the Northern Irish leadership, they will likely be ready to take the next step in the country’s reconciliation process, toward a comprehensive resolution.

On our last day, Belfast Deputy Mayor Mary Ellen Campbell — a member of Sinn Féin, the Irish nationalist party — warmly welcomed us to the city council building. She stood in at the last minute for Mayor Brian Kingston, a member of the Democratic Unionist Party, which supports unity with Britain. Shortly after she began speaking, Campbell suddenly raised her head and remarked, “I’ve only just noticed that Brian has put up a picture of Michael Higgins (the president of the Republic of Ireland) under the photos of the British Royal Family. That’s so nice.”

The Israeli-Palestinian equivalent of this gesture would be for Jerusalem’s deputy mayor to be a Fatah member, and for them to be hosting Irish Catholics and Protestants in the Likud-affiliated mayor’s office — and while doing so, suddenly notice that their colleague has displayed, as a goodwill gesture, a portrait of the head of the PLO and PA underneath pictures of the Israeli president and prime minister. As inconceivable as that is to us, it’s the reality that the agreement created in Belfast.

Our mixed group looked longingly at the situation in Belfast. Two decades on from the agreement, the city — although full of challenges — is a safe one, in which Protestants and Catholics share resources and political power equally. Their disputes are mediated nonviolently.

We learned in Belfast that a reconciliation process is possible, albeit long and exhausting. In all likelihood, it will take one or two generations after the signing of an agreement in order to achieve genuine peace. But a reconciliation process cannot commence without a stable and legitimate political accord that affords equal rights to both sides. This is an important and profound message to all those trying to resolve the conflict via indirect means, or who are trying to manage or mitigate it by way of different economic models.

And for all those who despair of any possibility that they will see a peace agreement from the river to the sea: the era of the Northern Ireland peace process has seen Belfast change completely, and so there is still hope for an Israeli-Palestinian peace deal that will pave the way for a reconciliation process. It’s therefore our duty to remember that the agreement will only be the start of this journey, and not its long-awaited end. Such a change would be valuable for us, even if the end is not yet in sight.

Liel Maghen is the co-director of IPCRI, which promotes collaboration between Israelis and Palestinians on solutions to core issues in the conflict. Eran Tsidkyahu is a research fellow at the Forum for Regional Thinking and a doctoral student at Sciences-Po in Paris, where he focuses on religious nationalism in the Israeli-Palestinian conflict.