Why would the senior Labour member allow himself to be dragged into a debate about the Holocaust while his party is bending over backwards to fend off accusations that it is teeming with anti-Semites? 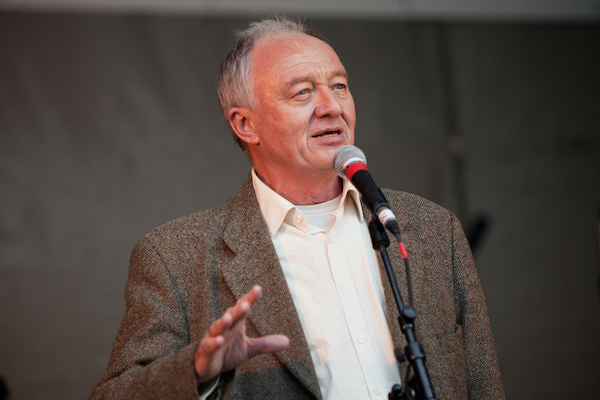 Ken Livingstone may not realize it, but he has done the progressive left a great service.

Livingstone, a veteran UK Labour Party politician and former mayor of London, was suspended from his party on Thursday for saying in a radio interview that Hitler was a Zionist. For his party, still reeling from a series of mini-scandals involving unsavory statements about Israel and the Jews, it was one borderline anti-Semitic remark too many.

Livingstone’s handling of the scandal that now bears his name is a textbook example of everything that’s wrong with the radical European left today. Because if you look at his initial comment, it was perhaps simplistic and crass, but not entirely mistaken.

“Let’s remember when Hitler won his election in 1932,” he said, trying to defend fellow Labour MP Naz Shah who had herself been suspended for writing on Facebook that Israel should be relocated to the United States, “his policy then was that Jews should be moved to Israel. He was supporting Zionism – this was before he went mad and ended up killing six million Jews.”

This statement is riddled with inaccuracies: Hitler came to power in 1933, not 1932; Israel would not be established for another 16 years, and was then known as British-ruled Palestine; and most important, Hitler was already a murderous maniac in 1932. If he was ever sane, he went mad long before that.

But there’s an element of truth in what Livingstone said: although Hitler himself was most likely not a Zionist, the anti-Semitic European right of the late 19th and early 20th centuries, including the Nazi regime in its early phase, saw eye to eye with Zionism on where Europe’s Jews belonged — not in Europe.

Edouard Drumont, the godfather of French anti-Semitism, congratulated Theodor Herzl in his 1891 book Jewish France and suggested that Jews should be “sent back to Palestine.” It became an instant bestseller. In 1933, the German government and the Zionist Organization signed an agreement that facilitated the immigration of 50,000 German Jews to Palestine. And in 1934, a delegation led by SS officer Leopold Von Mildenstein visited Palestine to assess the feasibility of resettling Germany’s Jews in it. The coordinator of the visit was Kurt Tuchler, the leader of the Zionist Federation of Germany, whose grandson Arnon Goldfinger made a fascinating documentary about it.

None of the above is meant to defend Livingstone’s jibe nor to criticize his suspension, which I view as fair and well-deserved, all the more so as he remains adamant in his refusal to apologize. The reason he came under so much fire was the subtext: assuming that issue had some relevance for 2016 Britain, he was talking about the present, not the past. It was his underlying intentions that were called into question. Why on earth would one evoke Hitler’s supposed warming to Zionism in a debate about contemporary politics, if it wasn’t to draw some sort of parallel, as awkward and far-fetched as it may have been, between Zionism and Nazism? And why would he allow himself to be dragged into a debate about the Holocaust at a time when his party is bending over backwards to fend off accusations that it is teeming with anti-Semites? Livingstone, an astute and experienced politician, took a plunge into an empty pool.

While all this might have been a slip of a tongue from a politician who’s no stranger to controversies, it is pitted against a dubious backdrop of his consistent effort to downplay positions within his party that could be branded, if not downright anti-Semitic, as bigoted and hateful.

He has repeatedly said that throughout his 47-year affiliation with the Labour Party, he has not once heard anyone say anything anti-Semitic. He continued to say that even as it emerged that party functionary Vicky Kirby tweeted that Jews had “big noses,” and that a local councilor called Hitler “the greatest man in history.” He himself said, in a hair-raisingly awkward attempt to defend his comrades – or perhaps himself — that a real anti-Semite hates Jews everywhere, not just those in Israel. Even in the off-chance that it doesn’t amount to anti-Semitism, an indiscriminate hatred for a group of people by virtue of their nationality sounds an awful lot like bigotry at its ugliest.

It seems that the fall from grace of a heavyweight of Livingstone’s caliber has convinced party leader Jeremy Corbyn that there’s more to Labor’s anti-Semitism problem than mudslinging by his Conservative rivals and centrist Labourites who have been unhappy to see their party taken over by a hardline socialist. Corbyn admitted that there is a problem – and as any addict would know, that’s the first step towards rehabilitation.

Yes, the vetting of old Facebook posts published by Labour representatives long before they dreamed of public office is disingenuous – let alone that only a year ago the leader of the party was the Jewish Ed Miliband. And as always, there’s a hefty amount of hypocrisy: on Saturday, as the scandal spiraled, the Israeli Labor Party leader Isaac Herzog called on his British counterparts to visit Yad Vashem. Strangely enough, he didn’t urge the Conservative Party leaders to do the same when they struck down a proposal, tabled by a Kindertransport survivor, to accept 3,000 child refugees, in case anyone needed further proof who hasn’t learned the lessons of the Holocaust.

But the obsession of some people on the far-left with Israel that often boils over to outlandish conspiracy theories (of which “Israel and the Jews are running the world” is just one), is under much greater scrutiny. And that’s a good thing: sunlight, as they say, is the best disinfectant.

Gilad Halpern is a journalist and broadcaster, host of “The Tel Aviv Review – Ideas from Israel” podcast on TLV1 Radio.