An ex-president who has been convicted of rape is released from prison early, despite showing no remorse. Meanwhile, a rape victim who killed his assailant in self-defense remains behind bars, denied clemency.

Former Israeli President Moshe Katsav walks with his wife Gila, after releasing from Ma’asiyahu Prison where he served his sentence, December 21, 2016. (Aloni Mor/Flash90)

On Sunday, Israeli President Reuven Rivlin announced that he had rejected a request for clemency for Yonatan Heilo. Heilo, an Ethiopian immigrant, has so far served six years in jail for killing his rapist, who had already assaulted him twice. He was originally charged with murder and sentenced to 20 years in prison; however, following an appeal to the Supreme Court, his conviction was reduced to manslaughter and his sentence cut to 12 years. It bears repeating: Heilo was defending himself against being raped a third time.

Optimists consoled themselves with the fact that Rivlin expressed great sadness in his announcement, and that it represented an opportunity to submit another appeal, worded differently. But it appears as if the state is saying, in a manner that shows contempt for both Heilo and the public: “You can sit in jail for another six months, because the wording wasn’t exactly to our liking.” It also implies: “It’s nothing, he’s black, the prisons are full of people like him.”

So the state, like the president, is refusing to forgive and release a young rape victim from jail, someone who turned himself in to the police, who admitted to his actions and took responsibility for them, who expressed remorse and does not pose a threat to the public.

Later that day the state, via the Parole Board, decided to release ex-president Moshe Katsav, a rapist, who after five years in jail has not admitted to nor taken responsibility for his actions. He has not expressed remorse — not to those he hurt, nor to the public, who witnessed the country’s figurehead being sent to prison. He was released on Wednesday under certain conditions, such as a night-time curfew, being barred from working with women, and needing special permission to go abroad or move house. The Parole Board seems to believe that he still poses a danger to the public.

Israel’s policy of forgiveness, and that of the legal system, is ludicrous. On the one hand is the state’s rigidity and stubborn refusal to forgive Heilo, or to be more accurate, to right the injustice it has done him. On the other hand is how the justice system treats criminals who have not even asked for forgiveness, a minimum human requirement.

Most ludicrous of all, if not embarrassing, is how criminals are treated by the state they were once part and parcel of. Grown men, in senior positions, are treated like six-year-old boys who pull a girl’s pigtails and refuse to apologize because “she started it.”

As usual, at first the man is believed and the woman blamed, expected to prove that she didn’t ask for it and that she isn’t making it up. The man is defended, called a “good kid,” and people bring up the incredible contribution he’s made to the State of Israel, which allows him to do whatever he wants to whomever he wants.

Then, once it’s (partially) sunk in that he’s guilty, he’s presented with every available ladder to climb down from the tree and apologize, while receiving watered-down threats and miserable plea bargains that excuse him from jail time. When he finally manages to mutter something that sounds like an apology (“I’m sorry if I hurt anyone”), he is applauded. Everyone rushes to declare that he has paid his debt to society and the media immediately appears in order to land an exclusive interview with him about this “difficult period in his life.”

In especially tough cases, such as Katsav’s, in which no amount of ladders help, and a punishment has been handed down (naturally not the maximum the law allows), the state pushes him as much as it can to express remorse. When he has no choice, he responds weakly and reluctantly with a half-word of apology.

Then he becomes the criminal who got the deal of a lifetime from a state that looks after the powerful rather than the public, while invalidating the very laws it created. Meanwhile the public laughs in despair — at the absurd world in which we live, and at the naive expectation that the state works for the people.

OR Seri is in hi-tech, deals with gender policy, is a social activist and a member of the campaign for justice for Yonatan Heilo. This piece was originally published in Hebrew on Local Call. Read it here. Translated by Natasha Roth. 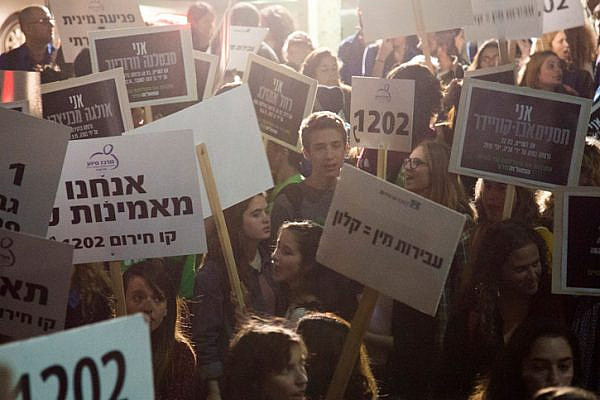 +972’s Person of the Year: The women standing up to sexual harassment
The women who spoke out in 2016 executed an unplanned pincer move. As accusations snowballed, women inspired one another to speak up. First and foremost, what 2016 should mean for Israel’s social institutions is that there are limits on power. Whether or not men acknowledge what they did as wrong, title or talent must not protect them.
By +972 Magazine December 30, 2016 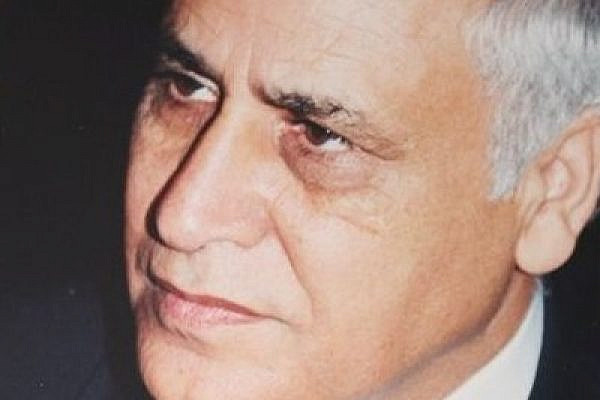 Rape, occupation and racism – all a day’s work in Israel
Inside Katsav’s brain I got to the office minutes before the judges handed down their sentence. It was just enough time for my colleagues to gather in my office and bet how much our former President, Moshe Katsav, would get for being a serial rapist. He raped women when he was Minister of Tourism. Between…
By Ami Kaufman March 22, 2011 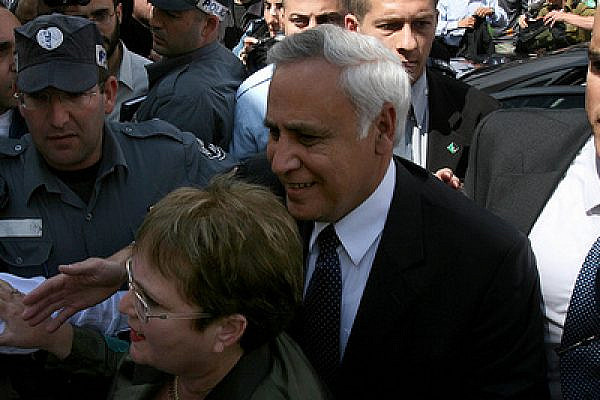 Katzav verdict: A letter to A. of the Tourism Ministry
Dear, A., As a father of two daughters who are thank God too young to understand what happened yesterday, I would like to thank you on their behalf. They don’t know it yet, but you have already affected their lives immensely. Thank you for bringing to light the filthy behaviour of Israeli men in high-ranking…
By Ami Kaufman December 31, 2010