The ugly Israeli is not the one who is filmed yelling at stewardesses or hotel receptionists. It is the one who lives in denial of an entire system that oppresses another people. The one who eats his ice cream as a Palestinian child is arrested right in front of him. 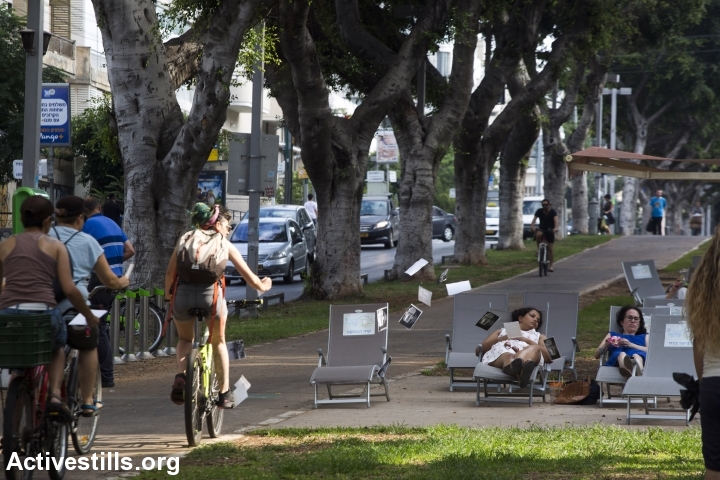 Activists spread postcards from Gaza in the streets of Tel Aviv to protest the Israeli attack on Gaza, July 21, 2014. (photo: Keren Manor/Activestills.org)

A few weeks ago, just days before Israelis headed to the polls, an Arab teenager was arrested on Tel Aviv’s famed Rothschild Boulevard at around 6 p.m. I have no idea who he is, what he did before he was arrested, where he came from or where he is now. Perhaps he stole something, or perhaps he planned to steal or cause harm. He looked no older than 13, maybe 14. A teenager.

In this story, I am the local, a passerby who is walking her dog when she sees a strange sight: a young boy handcuffed to a policeman in civilian clothing, with a policewoman walking next to them. “Why are you trying to escape, huh? You thought we wouldn’t catch you?” asks to the policewoman. He looks frightened. I ask him how old is he, but he remains silent. I asked if the officers explained his rights to him, if anyone knows he has been arrested. “He’s a shabakhnik. [A Hebrew term for Palestinians who enter Israel illegally without a permit.] You want a shabakhnik on your street?” asks the policewoman. He is just a teenager, and to tell the truth, I don’t really care whether he is on my street.

I ask again whether he knows his rights, whether they are planning on notifying relative know that he was arrested. I know that the number of Palestinian minors who were arrested without notification went up this year. Children are arrested for six hours, 10 hours, sometimes entire days without their parents’ knowledge. Time passes, and no one knows where their child is. I read about this in a report published a few months ago by the Association for Civil Rights in Israel (ACRI) titled “One rule, two legal systems.” “I don’t owe you an explanation,” the policewoman told me, and continued walking down the street. From afar, one could mistake them for parents on an evening stroll with their son. Two police cars waited for them in the middle of the boulevard.

I walked over to a young couple sitting on a bench while their two kids were eating ice cream. “Doesn’t it seem strange to you that they arrested him just like that? He’s only a teenager.” The father became angry, “I don’t understand why they have to do it in the middle of the day in front of all these children.” They continued to eat their ice cream. The Arab was pushed into a police van, and I left. A short while later I called the police to try and find out the boy’s fate, but to no avail. This is life here, before and after elections.

There was something strange about the proximity between an election cycle bereft of the word “peace” and a spontaneous campaign by Israeli citizens who film videos of “the ugly Israeli.” It seems that like every other conversation, the national conversation on the “ugly Israeli” has its own limits. The tribe simply stands on the side and mocks. It turns out that the ugly Israeli acts horribly toward stewardesses, gets drunk on vacations, embarrasses those around him, parks in handicapped spots, threatens to beat up the receptionist and yells at children on the playground because they didn’t let his kid take a turn on the swings. The “beautiful Israeli” is shocked by these displays, quickly joins the national chorus and clears his or her conscience. After all, we are a kind and tolerant people.

But this purist discourse (which is violent in itself) does not serve the function of “truly” unmasking the beautiful or ugly Israeli. Its goal is to allow us to continue and repress the “real” ugly Israeli: the one who goes to great lengths to forget about the complex mechanisms that allows his or her state to rule over another nation, to oppress and humiliate that nation, one who has become accustomed to the psychological disconnect between the “territories” and “here,” one who does not get angry when his or her elected officials allocate huge sums of money to continue building settlements whose very existence hinders any real attempt at negotiations. One who does not really care about what happens “there,” as long as they don’t bring “there” here, to the middle of his or her beautiful boulevard. Not in front of the children.

Ignoring this discourse, and its replacement with a morally purist one filled the gap in an election cycle devoid of any real conversation about the occupation and the perpetual denial of human rights. In any case, this denial mechanism is also the superficial answer to the question “how did this happen to us?”

Most Palestinians who work in Israel without permits come from the West Bank due the difficult economic conditions there. They are willing to put themselves in danger, whether due to the possibility of being caught by security forces, prosecuted or even physically harmed, in exchange for small sums of money. 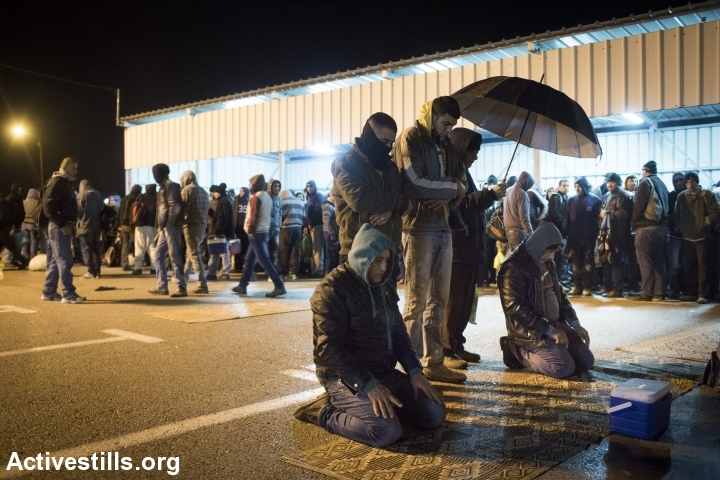 This past month, Haaretz’s Amira Hass wrote [Hebrew] about statements made by Lt. Col. Shmuel Kedar, who rejected the military prosecutor’s request to keep a Palestinian worker who was caught without an entry permit in custody until the end of his court proceedings. Kedar suggested increasing the number of entry permits to Palestinian workers, and said that the Palestinian who was caught did not constitute a security threat. According to Kedar, “As long as Israel does not reach an agreement, the problem of permit-less Palestinians cannot not be solved through the courts, but rather through providing permits to more people. This solution will allow the Palestinian population to make a living, and will provide them with the motivation to live in peace, with no need to break the law.”

I thought to write all this so that people hear about this frightened teenager, one of many, who most likely came to Tel Aviv to wash dishes or to carry sandbags used for construction, anything to give him some money to bring home. But in order to do this I had to take out my cat’s litter box from my work room. He had just undergone surgery the previous day and needed a quiet space. “Should I close the trashcan for you?” asked someone who stood outside with his dog and stared at me. Something in his voice angered me. “What, are you following me?” I yelled at him. “Don’t worry, I know how to close the trash can. I don’t need you for that.” Turns out he is my neighbor. He lives across the hall. I probably could have been even harsher. Standing like that with his dog in the middle of the night, following me as if he has nothing better to do. Bastard, this is my street and I will decide when to close the trash and when not to.

I kept thinking about all the things that anger me, but then I saw him staring at me, his face full of shock. “You know,” I said quietly, “today in the afternoon they arrested an Arab kid here, and no one cared. People continued eating their ice cream as he passed by, his entire body shaking.” We continued to stand there in silence for a few minutes, while I tried to remember the boy’s face. After all, I’ve lived here for almost a year, and he’s my neighbor. “You know, I don’t really care about the trash,” he said. “I know,” I answered.

Mei-Tal Nadler is a poet, a doctoral student in Ben-Gurion University’s Hebrew Literature department and a research fellow at the Israeli Democracy Institute. This article was first published on +972′s Hebrew-language sister site, Local Call. Read it in Hebrew here.

Get Our Weekly Newsletter
Before you go…
A lot of work goes into creating articles like the one you just read. +972 Magazine is nonprofit journalism, owned by many of our writers, editors, and journalists. In order to safeguard that independent voice, we are proud to count you, our readers, as our most important supporters. With your support, we can keep +972 Magazine a strong, independent, and sustainable force helping push the global discourse on Israel/Palestine.
DONATE
More About permit regime 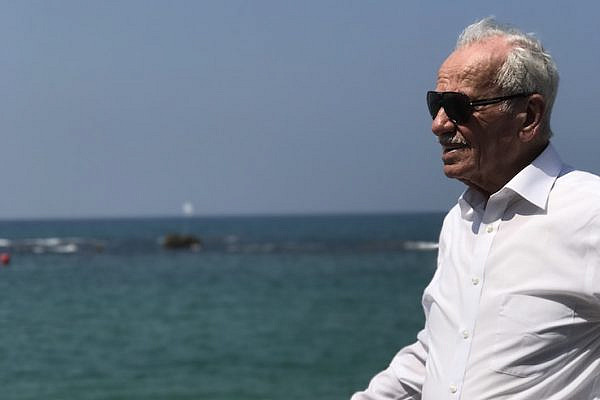 Returning to Yaffa, but only as a ‘tourist’
It is hours — days, weeks, maybe some months if we’re fortunate — before my permit expires, when I would have to make my way back to the West Bank, or else Israel will deem my presence in my own ancestral city ‘illegal.’ By Mariam Barghouti If I were given a dollar for the number…
By +972 Magazine October 9, 2019 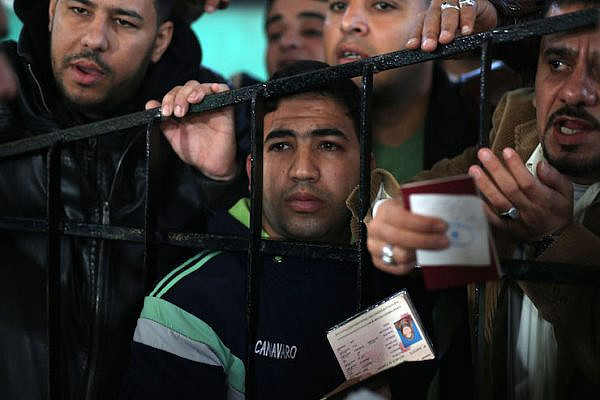 My humiliation does not make Israel more secure
The 100-mile journey of leaving Gaza took 12 hours, six checkpoints, and interrogations so humiliating that a year later, I am still reliving the trauma. By Anas Almassri On July 31, 2018 the Palestinian Civil Affairs office called me at 10:08 a.m., while I was sitting at my desk in Gaza on what had begun…
By +972 Magazine September 24, 2019