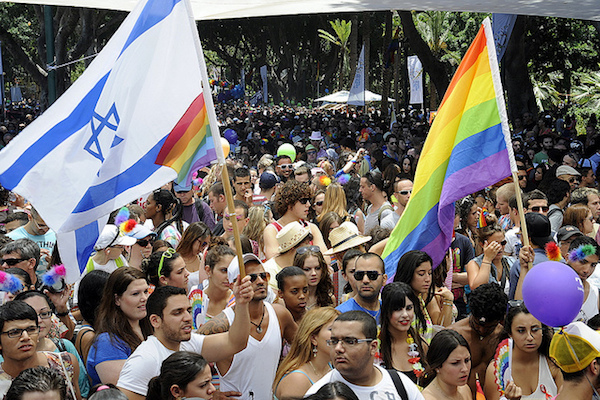 This weekend, LGBT Israelis will take to the streets of Tel Aviv as part of the yearly Pride Parade, this year under the banner, “gender equality and support for the transgender community.” People from all over the world will throng to the streets of Tel Aviv, adorned with rainbow flags and Israeli flags, all in order to take part in the days-long party. It is a massive tourist attraction and the pride and joy of Tel Aviv.

Historically, the Pride Parade is held in June to mark the Stonewall riots — large protests that were held in 1969 in response to the NYPD’s treatment of the community.

Pride parades, some of which look like massive parties, are really are political events meant to increase LGBT visibility and fight societal and institutional discrimination on the basis of gender identity and sexual orientation. We could argue about the character of the various events, but I think there is something magical in the hybrid approach of a political protest held in a colorful, fun way.

However, the Tel Aviv parade is problematic, particularly from the perspective of LGBT Palestinians — which, if you ask me, should be problematic for the entire LGBT community. It is partly problematic because of its official institutional sponsorship. But primarily, it is problematic because while LGBT Jewish-Israelis take to the streets, either to celebrate or as an expression of political protest, the same state that is sponsoring their celebrations within the Green Line is also exploiting sexual orientation to blackmail gay Palestinians on the other side of the Green Line. There, the state threatens to expose Palestinians’ sexual orientation if they don’t collaborate with the security forces, which in certain cases, is a direct threat to their lives.

The story was widely told as part of the media’s coverage of a refusal letter by veterans from Israel’s elite intelligence unit, Unit 8200, in September 2014. According to those who signed the letter, which announced their refusal to continue serving in the reserves, Israeli intelligence and security services systematically used the sexual orientation of West Bank Palestinians in order to blackmail and threaten them. The army denied the story, of course, but testimonies from gay Palestinians, gathered and collected years earlier by the Refugee Rights Clinic at Tel Aviv University and published in a 2008 report dealing with Israel’s policies on giving legal standing to LGBT Palestinians, revealed stories of the same practices.

Ostensibly, we would expect an outcry from Israeli LGBT institutions, either then or now, ahead of the upcoming Pride festivities. But apart from a weak statement from The Aguda — The Israeli National LGBT Task Force, and a few op-eds by individuals, there was no outcry, let alone any demands or protests that the aforementioned practices be immediately ended.

Homophobic statements against drag queens by an Israeli television presenter, on the other hand, elicited angry responses — and rightly so. The anger was justified, but in the hierarchy of oppression, there is no doubt that the state’s treatment of Palestinian homosexuals is 10-times more severe, and it demands a more serious response.

It is not insignificant when mainstream LGBT groups ignore the state’s practices. When state practices constitute the basis for discrimination against LGBT Jews, not to mention persecution, the Jewish LGBT community fights back and calls for recognition.

This becomes doubly important in light of the image Israel is trying to sell the world about its positive treatment of the LGBT community, part of an attempt to divert the discussion away from the violation of Palestinian human rights, and toward the relative freedom enjoyed by (Jewish) sexual minorities in Israel — an effort called “pinkwashing.” The main LGBT organizations in Israel cooperate with those efforts, despite the fact that the state uses the same characteristic that distinguishes them in order to blackmail their Palestinian counterparts.

I am not saying that LGBT Israelis need to become philanthropists or that they should drop their own struggles to fight for the rights of LGBT Palestinians. LGBT Palestinians will lead the struggle against their own oppression within their society. And of course I would be happy to see a little more meaningful solidarity between the two groups, but that’s not what this article is about. The demand here is for LGBT Jewish-Israelis to combat their own country’s manifestations of anti-LGBT-racism, the oppression of LGBT persons because they are LGBT, even if they are not the direct victims of such oppression, and that they come out against the cynical exploitation of sexual orientation under the pretext of security.

This is not a narrow Palestinian struggle about which a Jewish-Israeli can say, “that doesn’t interest me.” It is a LGBT struggle about persecution on the basis of sexual orientation, in which their country is one of the persecutors.

The State of Israel, which plans to celebrate Pride this weekend, and to publicize those celebrations around the world, has a direct hand in the oppression of LGBT Palestinians, and indirectly, using sexual orientation as a tool for blackmail, which harms the entire LGBT community. LGBT groups that ignore their country’s oppressive practices against any LGBT group suffer from a moral lapse. Unfortunately, in this case, the mainstream Israeli LGBT groups have failed. And so, for that reason, among others, I will not take part in this year’s Pride Parade.

Fady Khoury is a Palestinian human rights lawyer in Israel. A version of this article also appears in Hebrew on Local Call. Read it here.

BECOME A MEMBER
More About Unit 8200 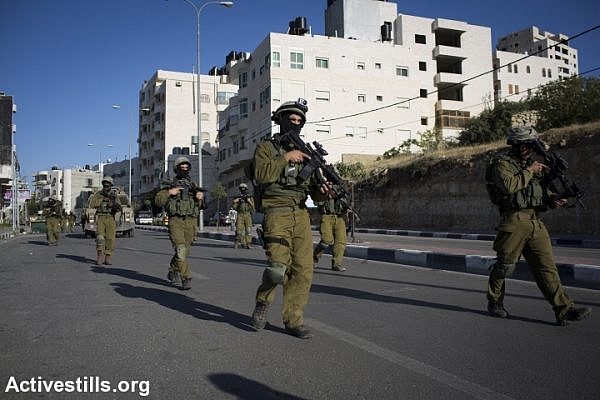 Are IDF intelligence vets helping Uganda hunt down LGBTs?
An investigative report reveals that an Israeli company is involved in supplying spyware to the Ugandan government, which is being used for the persecution of LGBT activists in the country.  By Tanya Rubinstein In Uganda today, homosexual relations are illegal. Ugandan legislators are trying to make LGBT activities illegal, including LGBT organizations themselves. Activists are…
By Haokets September 6, 2015

IDF commander dismisses Unit 8200 refuseniks
‘These operations, and not our letter, are what make military service political.’ The 43 reservist soldiers who refused to serve in the IDF respond to their dismissal.  The commander of the IDF’s highly prestigious 8200 intelligence unit dismissed all 43 reservist soldiers who previously declared their refusal to serve in a letter to Prime Minister Netanyahu last…
By Mairav Zonszein January 26, 2015