In the days before Rosh Hashana, days of introspection and forgiveness, I am reminded that by virtue of my identity as an Israeli citizen I am responsible for the disaster and tragedy befalling the people of Gaza. Introspection begins with opening one’s eyes and recognizing one’s sins, and only then trying to repair them. There is no more Jewish act than that. 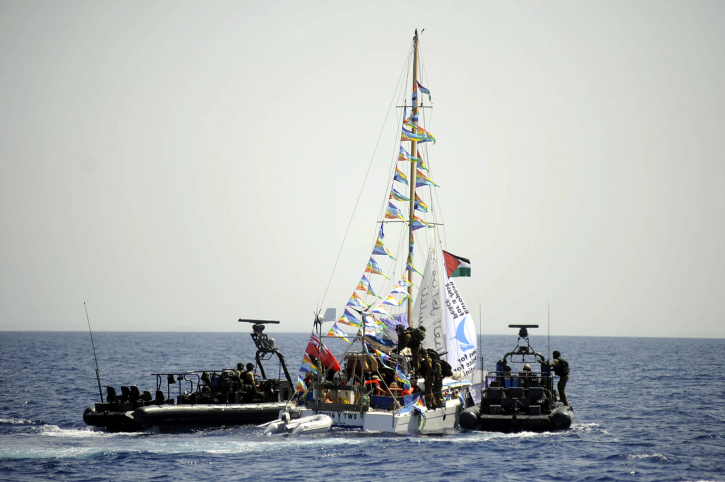 Israeli naval forces seize control of one of the ships trying to break the siege on Gaza in September 2010. (IDF Spokesperson)

Naturally, the decision to join the flotilla was preceded by various considerations. But above all towers the image of one girl, Muna, whom I saw three years ago in a film by Gaza-based director Fida Qishta, which tells the story of Gaza after Operation Cast Lead in 2008-2009.

Qishta’s film documents the destruction of her city during the war. She is no CNN reporter and has no interest in hiding the horrors of that war: the bombings, the white phosphorous, children’s bodies, more bombings, the cruel and arbitrary attacks on fisherman, gunfire at farmers who cannot work their land because it is too close to the no-go zone, a father who harrowingly calls out for his son among the wreckage, and a 10-year-old girl, Muna, who accompanies Qishta throughout almost the entire movie, pointing out the location where the people she knew were killed.

She is incredibly bright and well-spoken, and very to the point. Time after time she insists on taking Qishta to the house where the Israeli army concentrated her loved ones before bombing it. Muna lost 21 members of her family, including both her parents and several brothers. She remembers every torn limb that she saw that night, along with her dying parents and her brother uselessly begging the soldiers to let them leave.

In her room in her brother’s house, she talks about her dreams and shows Qishta her drawings. “Sometimes I see my mother in a dream, only there am I able to see her now, but even in the dream I know that she actually died and won’t come back.” In the neighborhood, or what is left of it, Muna agrees only to play with other orphaned children, since she doesn’t want to hear another mother call out for her children to come inside.

Eleven years since its unilateral disengagement from the Gaza Strip, Israel has been able to etch Gaza as a land of terror into the Israeli consciousness — the black hole that, once in a while, digs tunnels below our feet and fires rockets and missiles at our towns. Once in a while, Israel opens up the gates of hell and unleashes its wrath on the Strip. In the interim, it keeps busy making sure we forget the place even exists. To forget the fact that Israel, with the help of its neighbors, locked the gates on nearly 2 million people who are struggling to live among the wreckage. To forget the fact that despite the lie that Israel “ended the occupation of Gaza,” it still controls every grain of rice that enters (lest we forget the joke by Dov Weisglass, one of the architects of the disengagement: ‘The idea is to put the Palestinians on a diet, but not to make them die of hunger.”)

According to experts, if the siege on Gaza is not removed, it will become uninhabitable within a few years. The truth is that Israel made Gaza uninhabitable long ago. Gaza is a disaster that keeps getting worse in every respect: infrastructure, water, nutrition, employment, health, etc. We cannot allow Israel to make us forget that Gaza indeed does still exist.

Since the first boats set sail for Gaza eight years ago, Israel has gone to great lengths to present the flotillas as a violent, extremist act by Israel haters at best, terrorists at worst, who want to destroy the State of Israel. Israel even went so far as to kill 10 people aboard the Mavi Marmara, which Israel later apologized for and paid compensation to the families of those killed.

Perhaps that which should be obvious needs to be said again: the flotillas to Gaza are an absolutely nonviolent form of civil resistance against the illegal and inhumane blockade on Gaza, which is crushing those who live there. The point is not to confront or clash in any way with Israeli security forces, not even when they board and take control of our boat. The point is to stop the world from forgetting about Gaza and all those who live there.

When Benjamin Netanyahu, Avigdor Liberman and Miri Regev paint us participants of the flotilla as violent, anti-Semitic extremists, I’ll remind myself that it is my Jewish values — no less than my personal conscience — which drove me to join the flotilla, especially now, at the end of the month of Elul. During these special days in the Jewish calendar, days of introspection and forgiveness, I remember that by virtue of my identity as an Israeli citizen I am partly responsible for the the disaster and tragedy befalling the people of Gaza. An act of introspection begins with opening one’s eyes and recognizing one’s sins, and only then trying to repair them. Just days before Rosh Hashana, to me, there is no more Jewish act than that. 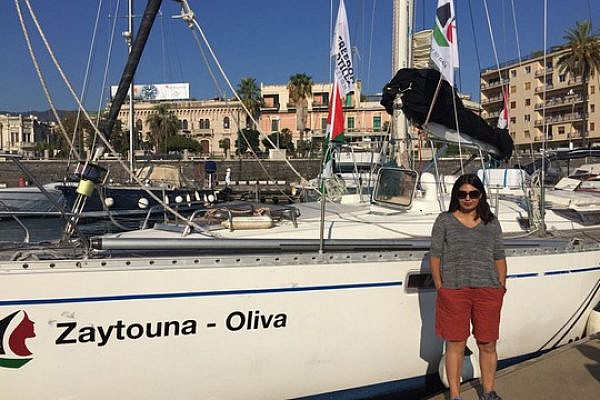 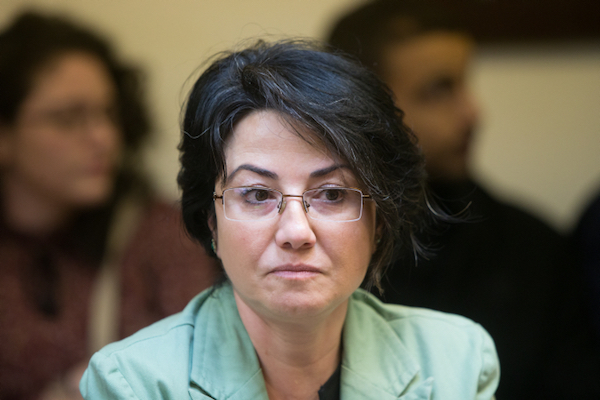 Israel’s national scapegoat
Since members of Israel’s parliament can’t take out their anger about the Turkey reconciliation deal on Netanyahu, they go for the easiest target around — Haneen Zoabi. For all nine years of my childhood in Iran, I never personally encountered anti-Semitism. We lived in a mixed neighborhood, I studied at a Jewish high school along…
By Orly Noy June 30, 2016