Today, with no resolution in sight to the historic injustices inflicted upon them, Palestinians in Israel and elsewhere use this day to remember and redouble their efforts for emancipation.

By Sam Bahour and Fida Jiryis

Every year since 1976, on March 30, Palestinians around the world have commemorated Land Day. Though it may sound like an environmental celebration, Land Day marks a bloody day in Israel when security forces gunned down six Palestinians as they protested Israeli expropriation of Arab-owned land in the country’s north to build Jewish-only settlements.

The Land Day victims were not Palestinians from the occupied territory but citizens of the state, a group that now numbers over 1.6 million people, or more than 20.5 percent of the population. They are inferior citizens in a state that defines itself as Jewish and democratic, but in reality is neither.

On that dreadful day 38 years ago, in response to Israel’s announcement of a plan to expropriate thousands of acres of Palestinian land for “security and settlement purposes,” a general strike and marches were organized in Palestinian towns within Israel, from the Galilee to the Negev. The night before, in a last-ditch attempt to block the planned protests, the government imposed a curfew on the Palestinian villages of Sakhnin, Arraba, Deir Hanna, Tur’an, Tamra and Kabul, in the Western Galilee. The curfew failed; citizens took to the streets. Palestinian communities in the West Bank and Gaza, as well as those in the refugee communities across the Middle East, joined in solidarity demonstrations. 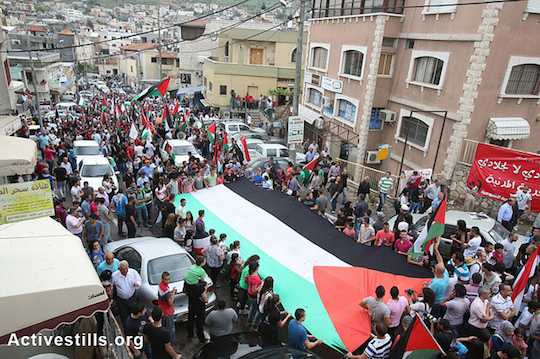 In the ensuing confrontations with the Israeli army and police, six Palestinian citizens of Israel were killed, about 100 wounded and hundreds arrested. The day lives on, fresh in the Palestinian memory, since today, as in 1976, the conflict is not limited to Israel’s illegal occupation of the West Bank and Gaza Strip but is ever-present in the country’s treatment of its own Palestinian Arab citizens.

The month following the killings, an internal government paper, written by senior Interior Ministry official Yisrael Koenig, was leaked to the press. The document, which became known as the Koenig Memorandum, offered recommendations intended to “ensure the [country’s] long-term Jewish national interests.” These included, “the possibility of diluting existing Arab population concentrations.”

Israel has been attempting to “dilute” its Palestinian population − both Muslims and Christians − ever since.

Thirty-eight years later, the situation is as dire as ever. Racism and discrimination, in their rawest forms, are rampant in Israel, and are often more insidious than physical violence. Legislation aimed at ethnically cleansing Palestinians from Israel is part of public discourse. Israeli ministers do not shy away from promoting “population transfers” of Palestinian citizens − code for forced displacement.

Israel’s adamant demand that the Palestinians recognize it as a “Jewish state” leaves them in a situation of having to inherently negate their own existence and accept the situation of inferiority in their own land. Recent efforts in the Knesset to link loyalty to citizenship threaten to target organizations and individuals who express dissent and even the revocation of citizenship, a practice unheard of in other countries.

Budgets for health and education allocated by the Israeli government to the Arab sector are, per capita, a fraction of those allocated to Jewish locales. Although hundreds of new Jewish towns and settlements have been approved and built since Israel’s creation, the state continues to prevent Arab towns and villages from expanding, suffocating their inhabitants and forcing new generations to leave in search of homes. Palestinians living in Israel are heavily discriminated against in employment and wages.

The message is clear: Israel has failed, abysmally, in realizing its oft-cried role as “the only democracy in the Middle East” with such discriminatory policies and a culture of antagonism and neglect vis-a-vis a fifth of its citizens. The original Land Day marked a pivotal point in terms of how Palestinians in Israel − living victims of Israel’s violent establishment − viewed their relations with the state. Today, with no resolution in sight to the historic injustices inflicted upon them, Palestinians in Israel and elsewhere use this day to remember and redouble their efforts for emancipation. 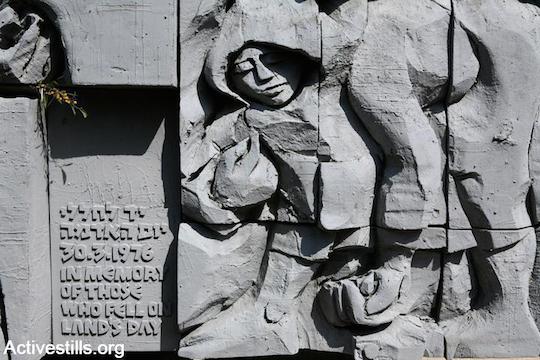 Memorial commemorating the deaths during the events of 1976. Annual Land Day commemoration in Sakhnin, March 30th, 2007. (Photo by Activestills.org)

The names of the six victims of Land Day are written on the front of a monument in the cemetery of Sakhnin, accompanied by the words: “They sacrificed themselves for us to live … thus, they are alive − The martyrs of the day of defending the land, 30 March 1976.” On the back of the monument are the names of the two sculptors who created it: one Arab, one Jewish. Maybe it is this joint recognition of the tragedy of Palestinians that is required in Israel to get us beyond the chasm of denial.

For our part, as second-generation Palestinians born and raised outside Palestine who have decided to return to live in this troubled land, we view Land Day as an ongoing wake-up call to Israeli Jews and Jewry worldwide to understand that land, freedom and equality are an inseparable package − the only one that can deliver a lasting peace to all involved.

Sam Bahour is a Palestinian business consultant from the Palestinian city of El Bireh. He blogs at www.epalestine.com. Fida Jiryis is a Palestinian writer from the Arab village of Fassuta in the Galilee. Her website is www.fidajiryis.net. Sam and Fida were both born in the Diaspora and relocated to their family’s hometowns in Palestine and Israel, respectively. 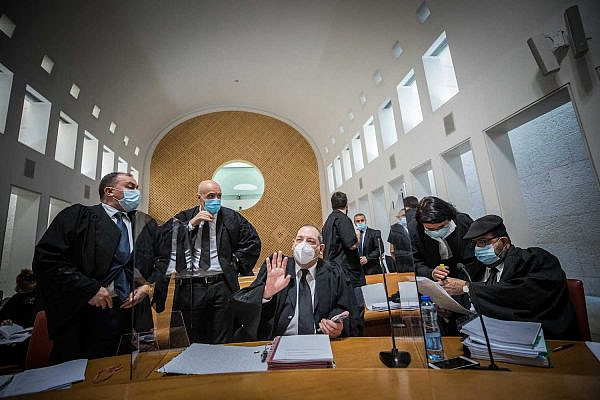