The Palestinian leadership’s silence regarding the plight of national footballer Mahmoud Sarsak and other Palestinian prisoners on hunger strike derives from the fear that the more empowered Palestinians become in their opposition to Israeli occupation, the more likely they are to overthrow the Palestinian Authority.

Anyone following the Palestinian struggle will have heard about Mahmoud Sarsak, the imprisoned Palestinian footballer who this week ended a hunger strike of over three months. Meanwhile, the Palestinian Authority (PA) and the Palestine Liberation Organization (PLO) have been publicizing their upcoming meeting with the head of the Israeli Kadima party, Shaul Mofaz, leaving a striking absence of any official comment on Sarsak’s situation.

It seems very bizarre that the PA and PLO ignored one of their national heroes, a rising star in the society’s most popular sport, who was on the brink of death. He was the easiest person to defend. He has never been involved in politics, is not a member of a political party, and had all the necessary Israel-issued permits. He was one of the youngest people to make the Palestinian national soccer team. Above all, he has not been charged or convicted by Israel of any wrongdoing, although Israel held him for three years.

Even considering the PA and the PLO more cynically, any politician could have seen a man in such a situation as a gift from the political gods. Imagine the affirmation they would have received if they negotiated his release. Imagine the photo-ops of officials visiting the soccer team Sarsak was supposed to join when he was seized by Israel. They could have even organized children’s soccer games in his honor. Yet these authorities didn’t not take advantage of this opportunity, neither for selfless nor for self-serving gains.

According to his mother, Sarsak remains in Marash clinic in the Ramle prison, refused access to a proper civilian hospital. He has been refused family visits, which was a condition that Israel had agreed to in previous deals with other hunger strikers. Instead, he was allowed a three-minute phone call with his mother. His eventual release was negotiated so late that Sarsak easily could have died before agreeing to anything.

Most importantly, if Israel decides that he incited other prisoners to go on hunger strike or does any political organizing after his release, he will be arrested again. Agreeing to these terms indicates that the lawyers who negotiated his release, who are paid by the Palestinian Authority, seem to be more interested ending the hunger strikes rather than ameliorating the prisoners’ conditions. Instead of fighting for the rights of their clients, these lawyers appeared to pressure them into accepting whatever deal Israel presents.

Palestinian politicians continue to ignore the three remaining hunger strikers, Akram Rikhawi, Samer al-Barq and Hassan Safadi. Safadi quit his initial hunger strike after over seventy days. He resumed the strike after his administrative detention had been renewed, contrary to the deal he reached with Israel. If the PA really wanted to prevent their deaths, it would be campaigning for them now, not when they’re gasping for their last breath.

While all this might seem odd, it is actually quite a cunning move on the part of those bodies. The Palestinian Authority maintains its power by channeling Palestinian energy into creating a picture of normalcy. It provides the Palestinians in the West Bank with the symbolic functions that a real sovereign state would have, while behind the scenes, everything is controlled by Israel.

For example, the Palestinian passport, seen as one of the most important symbols of national identity, is still inscribed with the Israeli-issued military ID number assigned to that person. These celebrated symbols of statehood do have Palestinian colors and symbols on them but they are still functionally Israeli documents. In another example, the PA has created an official ministry for prisoners, which renders the occupation permanent while simultaneously normalizing the mass imprisonment of Palestinians by Israel.

While Palestinian officials pretend to make real changes, such changes are impossible to implement while Israel still occupies the territories and prevents the refugees from returning. The empty symbolic gestures of the PA and the PLO obscure the occupation from view as much as possible, especially within their “Ramallah bubble.”

The brave activism demonstrated by the various waves of hunger strikers is a direct threat to their scheme. They want Palestinians to forget the occupation and its brutality. The hunger strikers bring this to the front and center. They represent a decentralized and informal “people power” that cannot be easily contained and controlled, at levels unseen since the First Intifada.

The Palestinian Authority fears an intifada perhaps more than Israel, as another uprising would erase its final remaining excuse to stay in existence, as the symbol of a normalized Palestinian state with formal negotiators, armies and ambassadors.

In an intifada, the people speak and act directly for themselves. For Sarsak, each person could be his/her own prisoner minister. Most importantly, an intifada would present a direct confrontation with the occupation the PA is so desperately trying to imagine away. Thus the PA and the PLO have been silent for fear of awakening the people from their collective daydream of non-occupied life. The narrative of Mahmoud Sarsak, heroic national football star taking on the occupation armed only with an empty stomach, had the ability to bring the intifada back, and the PA knows it.

Mosab Qashoo grew up in an agricultural village outside of the West Bank town of Qalqilia, between the first and second intifadas. He studied Information Technology, Industrial Engineering & Conflict Management in the West Bank and London. He is currently based in New York City, where he is a food activist and founder of Palestine Farm Project, which provides support to farmers in order to create a sustainable agricultural economy in the West Bank.

Get Our Weekly Newsletter
Before you go…
A lot of work goes into creating articles like the one you just read. +972 Magazine is nonprofit journalism, owned by many of our writers, editors, and journalists. In order to safeguard that independent voice, we are proud to count you, our readers, as our most important supporters. With your support, we can keep +972 Magazine a strong, independent, and sustainable force helping push the global discourse on Israel/Palestine.
DONATE
More About Palestinian hunger strike 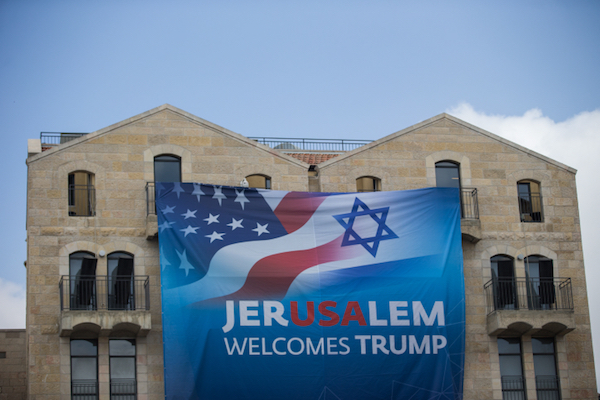