There was much uproar from the Israeli government and its supporters following the publication of a Marwan Barghouti op-ed in the New York Times. But where was the outcry when the paper published op-eds by Israelis with violent pasts? 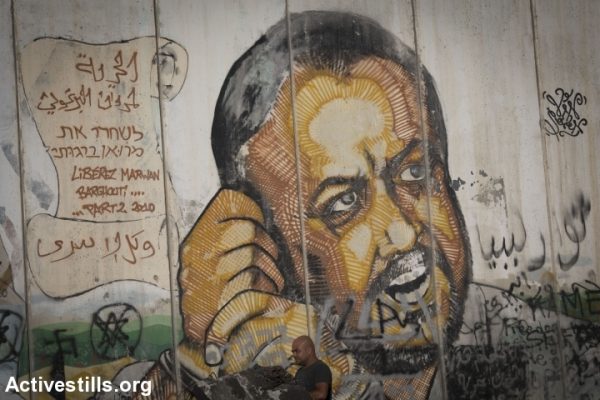 On Sunday the New York Times published an op-ed by Marwan Barghouti, a Palestinian leader who has been in an Israeli jail since 2002. In his article, Barghouti explains that over 1,000 Palestinian prisoners have decided to launch a hunger strike to protest the Israeli authorities’ policies of mass arrest and systematic mistreatment.

The newspaper’s public editor, Liz Spayd, published a response on Tuesday titled “An Op-Ed Author Omits His Crimes, and the Times Does Too.” Addressing a wave of angry statements, Spayd writes that the newspaper should have spelled out the crimes for which Barghouti was convicted.

In response to her query, the New York Times‘ Opinion editor Jim Dao wrote her that while “the piece does say the author received multiple life sentences,” it does not “state the crimes for which he was convicted.” Dao then appended the following note to Barghouti’s op-ed:

This article explained the writer’s prison sentence but neglected to provide sufficient context by stating the offenses of which he was convicted. They were five counts of murder and membership in a terrorist organization. Mr. Barghouti declined to offer a defense at his trial and refused to recognize the Israeli court’s jurisdiction and legitimacy.

Marwan Barghouti declined to offer a defense in an Israeli courtroom because he was not a citizen of Israel, but rather a stateless resident of the Palestinian territories, which are under Israel’s military occupation. As such, he argued that the court had no legal jurisdiction over his case. And so he was convicted based solely on the prosecution’s evidence, although international experts expressed concern it was “flimsy” and obtained using “questionable methods.” Nonetheless, the judge sentenced Barghouti to five consecutive life sentences plus forty years.

Barghouti’s case was somewhat unusual, in that he was tried in a civilian court; the vast majority of Palestinians from the occupied territories are tried in military courts, where the conviction rate is 99.74 percent. In other words, to say that a Palestinian is guilty of the crimes with which he was charged because he was convicted in an Israeli military court is the same as saying that a Soviet citizen sentenced to the gulag during the Stalinist era must be guilty because he confessed during interrogation. This is one of the reasons for the prisoners’ hunger strike Barghouti describes in his op-ed for the Times. 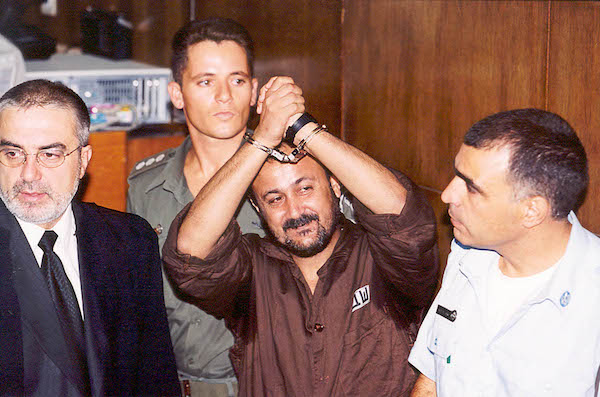 Obviously, the Israeli government and its supporters have a political interest in denying Barghouti credibility to write for the New York Times, as evinced by some of the responses to the op-ed: Prime Minister Benjamin Netanyahu describes Barghouti, in a Facebook status posted on Tuesday, as an “arch terrorist” who is no more a “political leader” than Bashar al-Assad is a “pediatrician.”

Deputy Foreign Minister Tzipi Hotovely describes Barghouti, in an email sent to the international media, as “a convicted murderer and a terrorist,” adding: “When a major newspaper with a reputation for responsible journalism becomes a platform for murderers, it provides legitimacy for terrorism.”

Barghouti is certainly a proponent of political violence as a means of resisting military occupation. But he has also been referred to by columnists in the Israeli and international media as the “Palestinian Mandela,” and even the late Shimon Peres reportedly said that Barghouti was “the man who should lead the Palestinians.”

Furthermore, despite the protestations of Israeli politicians and the tone of Liz Spayd’s response, the New York Times has, in fact, provided a platform for several Israeli op-ed contributors who committed acts of terrorism or war crimes, without acknowledging that fact.

Former Prime Minister Ariel Sharon’s byline appears, for example, on this piece published in August 1982. That was 29 years after he led the Qibya massacre, during which Israeli soldiers killed 69 unarmed Arab Palestinian villagers — two thirds of whom were women and children. 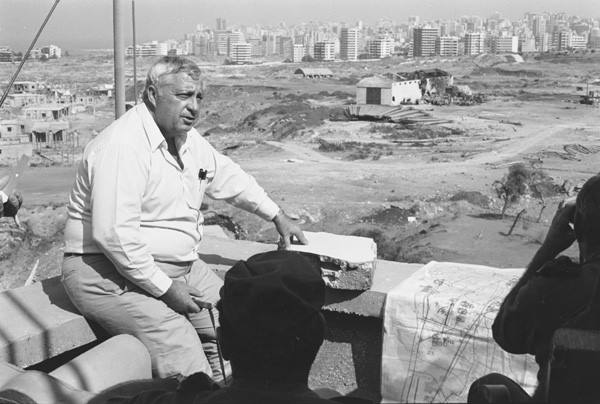 Then-Israeli Defense Minister Ariel Sharon at an IDF command post with Beirut in the background, Lebanon, September 15, 1982. The Sabra and Shatila massacre started the day after this photo was taken. (Uri Dan, The Israeli Defense Forces Archive/CC 2.0)

Less than one month after he wrote that op-ed, while serving as defense minister, Sharon allowed Lebanese Phalange forces to enter the Sabra and Shatila refugee camps in Israeli-occupied Beirut. Over the course of three days the Phalangists tortured, raped and murdered Palestinian civilians in the camps, leaving approximately 800 dead, including children and the elderly. Israeli soldiers set off the flares that provided illumination for the Kataeb militiamen, as they rampaged through the dark, narrow alleys of the camps. The Kahan Commission, appointed by the Israeli government to investigate the massacre, found Sharon’s “disregard” for the Palestinians in Sabra and Shatila “impossible to justify” and recommended his dismissal as defense minister.

Naftali Bennett, the chairman of the ultra-right Jewish Home party and Israel’s minister of education, wrote in a 2014 New York Times op-ed that Israel should annex the West Bank and declare an end to the two-state solution. This is the same Bennett who said, “I’ve killed lots of Arabs in my life — and there’s no problem with that.” And yet the bio blurb for this confessed murderer notes only that, “Naftali Bennett is Israel’s minister of the economy and the leader of the Jewish Home Party.”

Meir Kahane’s 1990 letter to the New York Times, in which he calls for the annexation and ethnic cleansing of the occupied Palestinian territories, was published two years after his party was disqualified from the Israeli elections on the grounds that he incited to racism and rejected the democratic foundation of the State of Israel. But his bio line reads: “Meir Kahane heads the Jewish Defense League and the Kach movement in Israel.” This is the same movement whose followers called Baruch Goldstein a “hero” and a “martyr” after he murdered 29 Palestinians at prayer in Hebron in 1994.

It seems that the New York Times is willing to publish op-eds by Israeli Jews who advocate or have committed murder of Palestinians, without mentioning that fact in their bio blurbs. So the question, without taking a position on whether or not political violence is ever justified, is why the Times feels compelled to take a different stance when it comes to Palestinian contributors.

emailemailemail
Before you go…
A lot of work goes into creating articles like the one you just read. +972 Magazine is nonprofit journalism, owned by many of our writers, editors, and journalists. In order to safeguard that independent voice, we are proud to count you, our readers, as our most important supporters. With your support, we can keep +972 Magazine a strong, independent, and sustainable force helping push the global discourse on Israel/Palestine.
DONATE
More About New York Times 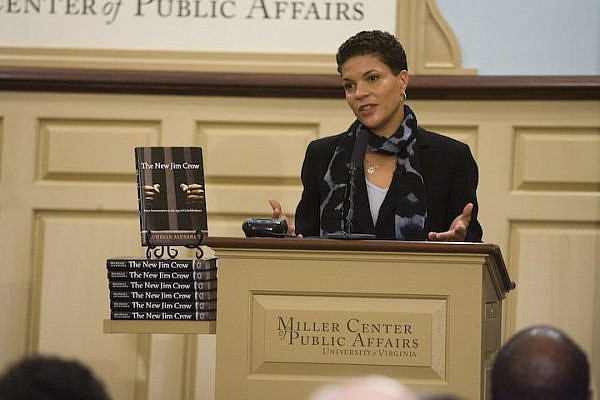 For Michelle Alexander’s critics, Palestinians don’t deserve civil rights
The uproar by Jewish establishment figures over Alexander’s New York Times essay in support of Palestinian rights echoes the reactions of white Americans to the Civil Rights Movement decades ago. Michelle Alexander’s powerful New York Times essay on Saturday (“Time to Break the Silence on Palestine”), ahead of the commemoration of Martin Luther King Jr. Day, was…
By Amjad Iraqi January 23, 2019 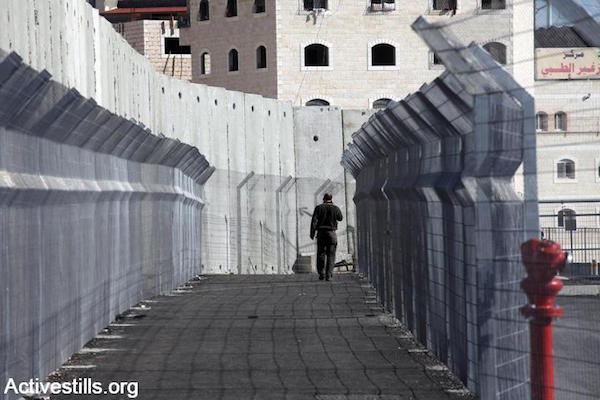 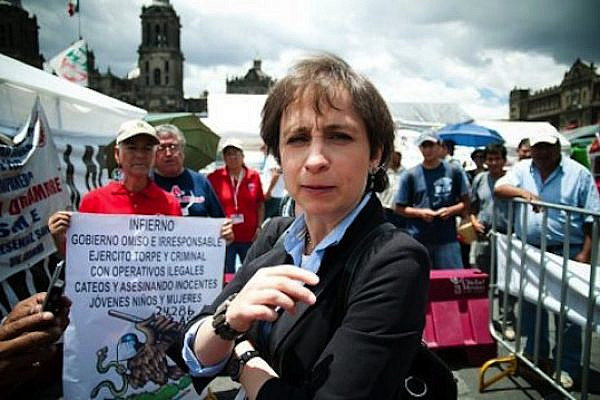