In both Gaza and Ramallah the Palestinian leadership hasn’t gotten involved in the latest wave of violence. They’re not condemning it, they’re not supporting it, and they’re certainly not offering Palestinians any vision. But Israelis shouldn’t take comfort.

One of the hottest topics in the media recently is the question of whether we can call whatever is happening here lately an intifada. Regardless of whether or not there is an intifada, the source and solution still lie in the hands of the Israeli government, which chooses escalation instead of quiet and ending the occupation. But all that aside, it’s still worth asking: is this an intifada?

The answer for the time being is no, in my opinion. An intifada is a widespread popular uprising, like the First Intifada and like the early days of the second (when mass protests were crushed with overwhelming firepower, after which the terrorist attacks began). Nobody called the bomb attacks of the 90s or the rocket fire from Gaza “intifada.” Same goes for what we’re seeing now — vehicular attacks and stabbings that are the unorganized actions of young individuals, and dozens of stone-throwers in Jerusalem who are not part of a Palestinian societal movement. 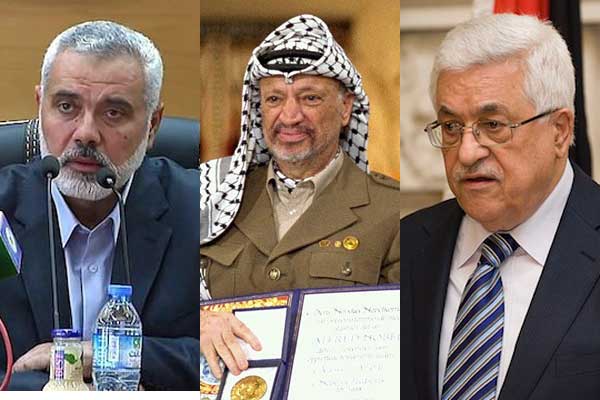 Beyond the lack of — mass — public participation, the main difference between these past few weeks and the two intifadas is that there is not anybody or anything that can be considered leadership. Not local and not national. It’s nearly impossible to look at the the wave of violent incidents and to not wonder where the Palestinian leadership is. Both Mahmoud Abbas and and Ismail Haniyeh put out statements about the Aqsa Mosque. Gazan officials expressed support for the vehicle attack that killed baby Chaya Zissel Braun; officials in Ramallah sent a condolence letter to the family of Muataz Hijazi, Yehuda Glick’s would-be assassin, whose killing by police is considered by many Palestinians to have been an assassination.

But that’s it. Haniyeh is busy stopping whoever is shooting rockets at Israel, and arguing with Egypt about the destruction in Egyptian Rafah and the demolition of the tunnels. Abbas is still continuing his security coordination with Israel (which is a code word for oppressing any protest against Israel — or the Palestinian Authority), and promised the Americans that he will maintain quiet at least until the end of 2015. Aside from a few limited moves at the UN, which are completely disconnected from reality on the ground, he isn’t offering Palestinians any vision or hope, and is making absolutely no calls for a struggle of any sort.

Abbas and Haniyeh, by the way, are still in the middle of a crisis of rapprochement. Their ongoing non-reconciliation made headlines this week when Fatah canceled its planned Gaza Strip commemoration for Yasser Arafat following a series of explosions targeting the cars of Fatah personnel in the Strip. In Ramallah they blamed Hamas, Hamas rejected the accusation and the ceremony was canceled. In other words: Palestinian leadership? What Palestinian leadership?

Today, on the 10-year anniversary of the death of Yasser Arafat, it’s impossible not to wonder how he would have dealt with this. As Amira Hass wrote in Haaretz last week, Palestinian society has changed and quite dramatically crumbled over the past 10 years. Israeli measures — the separation between Gaza and the West Bank, the wall and Jerusalem and the “economic peace” that created an elite class in Ramallah that is disconnected from most of its people and which is reliant on foreign money and quiet in the streets — have managed to bring about social disintegration that, conveniently, is preventing a popular uprising, and prevents Abbas from encouraging one.

Would Arafat himself have acted any differently? Perhaps. Maybe the symbolic strength of the historical leader of the PLO could have organized a dramatic process of revival and shaking off in Palestinian society. But it could also be that the new reality in the territories would have tied Arafat’s hands, too. As Hass wrote, and as Rami Younis wrote in Local Call during this summer’s war, the Ramallah “coffee house camp” has trouble organizing anything more than conversations these days.

But Israelis shouldn’t feel happy or safe about the absence of a strong Palestinian leadership and the absence of a wide-scale intifada: that has been proven by the recent attacks and disquiet in Jerusalem. When there is no organization and no leadership, people find other ways to unload their rage against the occupation — and it’s a lot harder to deal with lone, scattered and unrelated attacks than it is to conduct negotiations.

Any people ruled by a foreign army and a foreign government that makes clear time after time that it has no intention to take its boot off their necks, will turn to protest. And if that protest fails, they will turn to violence; and if that doesn’t work, then they’ll turn to even more murderous violence. If Fatah can’t bring the goods, then Hamas will. If Hamas can’t, then even more radical groups will. And that will bring about stabbings, and vehicular attacks and in the future, once again, rockets from Gaza and god knows what else.

On the 10th anniversary of Arafat’s death, it needs to be made clear that the Israeli government’s generations of excuses about why the occupation hasn’t ended are empty, and always will be. If the excuses isn’t Arafat, it will be Abbas. If not Abbas, then Hamas. If not Hamas, then ISIS. There’s always a reason not to hold peace talks, there’s always an excuse not to ensure equality and hope and a future for millions of people whose lives we have ruled over for nearly 50 years. And that will always cost us dearly.

Related:
To stop the attacks, Israelis have to see the whole picture
What Palestinian media is saying about the Jerusalem violence
Netanyahu: Those who call to destroy Israel should have citizenship revoked