The firepower, scale of destruction, and numbers of Palestinians killed during Operation Cast Lead were unprecedented in the brutal history of the conflict. Since then, the tactics used have become part of the IDF’s arsenal in its wars on Gaza. 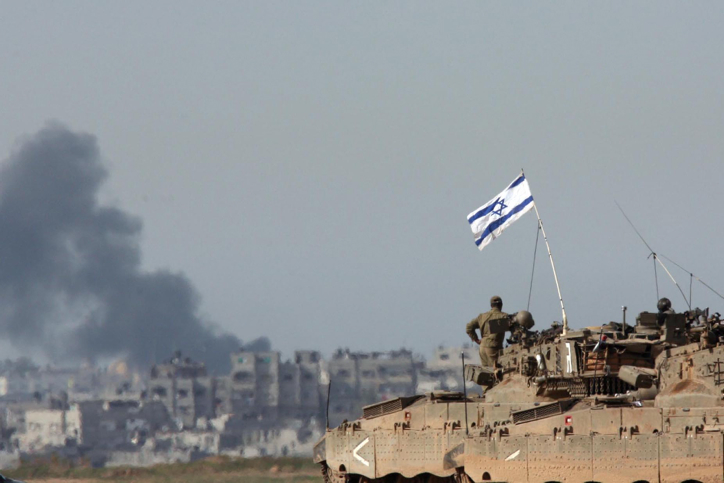 “Cast Lead was an unprecedented operation,” Senat, an extra-parliamentary research and policy group, determined in 2009. “All records were broken with regard to firepower directed against the Gaza Strip, the scope of military forces that partook, the number of armed combatants and civilians killed, the number of houses demolished, and any other imaginable record.”

The profound change in combat doctrine was a result of lessons learned from the Second Intifada and the Second Lebanon War, which, many believed ended undetermined, if not with an Israeli defeat. In its preparations for the 2009 operation in Gaza, the Israeli army set out not only to guarantee victory and eradicate the disgrace of its previous war, but also to avoid heavy military and civilian casualties on the Israeli side — a price it believed the public would not be willing to pay again.

At the same time, a new military ethics doctrine was formulated, determining that the army must conduct itself in a manner that prevents risking IDF soldiers’ lives, even when that makes the loss of enemy civilian lives inevitable. The document was never officially approved but the IDF adopted its spirit, as indicated by former IDF Spokesperson, Brig.-Gen. Avi Benayahu, who said at the time: “Our first priority is our citizens, second come our soldiers, third come their civilians, and fourth — their terrorists. ”

The combination of the scars of the Second Lebanon War and the new ethical doctrine meant that the IDF’s guiding principle in Cast Lead were that preserving the lives of Israeli troops took precedence over civilians in Gaza Strip at almost any cost. Accordingly, the Israeli army declared the entire Gaza Strip a war zone, in which it used military practices intended for military-to-military combat, despite the fact that the operation took place in areas where it was impossible to make a clear distinction between enemy forces and civilians. Thus, artillery generally used in military combat was employed in populated areas for the first time; every time IDF ground forces entered Gaza’s neighborhoods and villages was preceded by artillery fire.

The IDF used approximately 3,000 explosive shells during Cast Lead, with each shell expected to wound or kill anyone located within dozens of meters from the point of impact. “I didn’t believe for one moment that there could be a plan for artillery fire on Gaza, since Gaza is too dense and the artillery’s dispersal (collateral damage) is insane,” a soldier who partook in Cast Lead described in a testimony given to Breaking the Silence. “Even if I’m very precise it’s useless. Choosing artillery is very, very problematic — civilian neighborhoods and artillery don’t go well together. Your ability to be precise is non-existent and you shoot in order to destroy.” 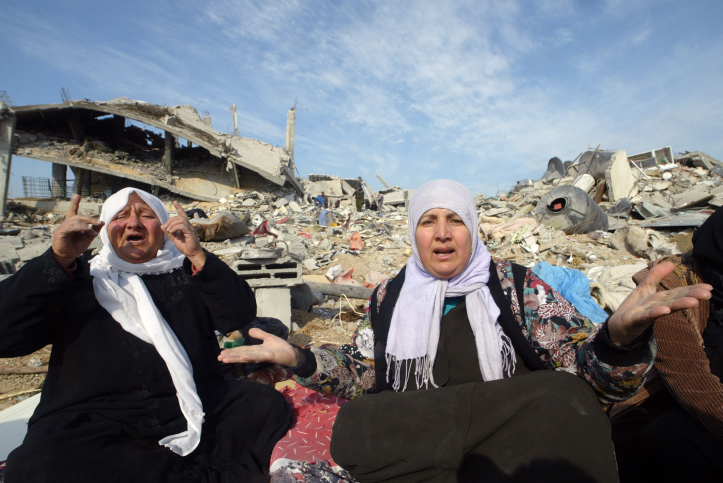 Standard IDF open fire regulations permit shooting at a person only in cases where the soldiers identify a weapon and the capacity and intention to use it. Yet, the orders during Cast Lead permitted soldiers to use their own discretion, sometimes deeming anyone present in the combat zone — who wasn’t an IDF soldier — an enemy combatant toward whom fire may be directed. Many soldiers testified that they were told there was no such thing as a civilian in the areas they entered, as civilians had been instructed to leave. In practice, soldiers repeatedly testified that they encountered civilians inside the homes they took over, sometimes even entire families who hid in their homes.

The lenient open fire regulations were translated into massive firepower. The forces advanced under the cover of artillery and tank fire — after leaflets were dropped instructing residents to leave their homes — and as troops shot at any threat in the area, whether substantive or perceived. “Our basic feeling was that the earth was shaking constantly, there were explosions all day, flashes all night, [fire] power the likes of which we weren’t familiar. D9s were also working around the clock, constantly busy. It’s a completely different [fire] power from what we know,” one soldier testified. 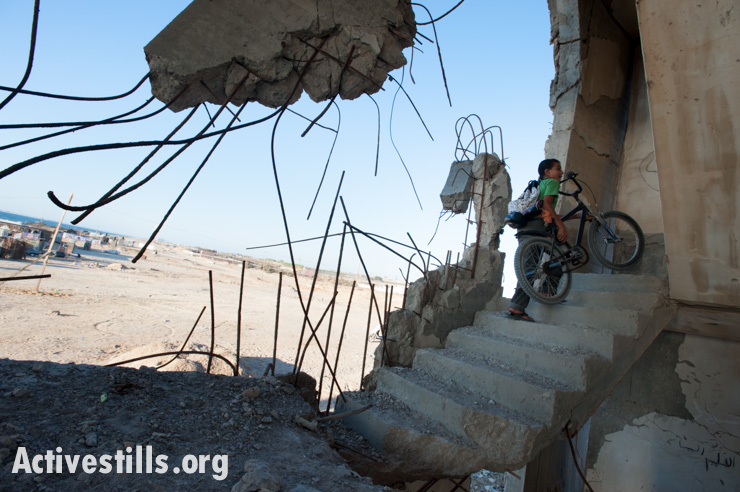 A Palestinian child plays among the ruins of buildings destroyed by Israeli air strikes during Operation Cast Lead in 2008-2009, July 4, 2012. (Activestills.0rg)

The IDF’s activity in civilian neighborhoods was also characterized by systematic demolitions. Soldiers’ testimonies reveal that D9s (military bulldozers) – and in some cases Combat Engineering Corps teams – began toppling buildings immediately upon entering the neighborhoods. According to the soldiers, some buildings were thought to be booby-trapped, others might have contained exit piers of enemy tunnels, while others were demolished because they were taller than the structures occupied by IDF forces and overlooked them.

In addition to the fact that the authority to determine which buildings to demolish was in the hands of junior commanders in the field, the systematic destruction was likely the result of implementing the “Dahiya doctrine,” named after a neighborhood of Beirut the IDF heavily bombed in the Second Lebanon War.

What happened in the Dahiya quarter of Beirut in 2006, would happen in every village from which shots were fired toward Israel. We will wield disproportionate power against it and cause immense damage and destruction. As far as we are concerned, these are not civilian villages but rather military bases.

Operation Cast Lead was different from any prior operation. The firepower, the scale of destruction, the amount of dead and wounded were all unprecedented in the brutal history of the Israeli-Palestinian conflict. However, military operations in Gaza ever since have proven that the means of combat first used in Cast Lead were no isolated incidents. In fact, these same trends have since recurred and even escalated.

The “Dahiya doctrine” and other “zero-risk” policies remain in place without ever being brought forth for genuine public discourse. When brand-new politician, former IDF Chief of Staff Benny Gantz, proudly used footage of a completely razed Palestinian neighborhood as a campaign video, as the Israeli public we must realize that in some sense it was our choice to conduct these operations in Gaza through such means. If we don’t sound our voices in dissent – the blood of civilian casualties in the next round of violence will be on our hands as well.

Avihai Stollar is an army and human rights researcher, and former director of the Testimonies and Research Department of Breaking the Silence. This article was first published in Hebrew on Local Call. Read it here.