A survey of Jerusalem’s Jewish residents just months after the end of the Six-Day War showed that, even back then, the majority wanted little to do with their Arab neighbors — and as few reminders as possible that they were there at all. 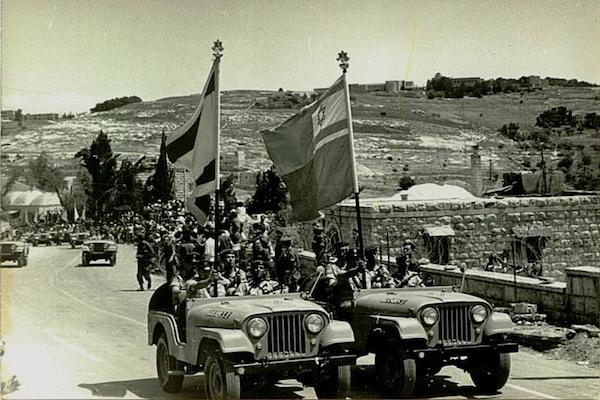 At the close of the Six-Day War in 1967, Jerusalem’s Jewish residents were surely elated, like most Israeli Jews, by the famous words, “The Temple Mount is in our hands.” But when it came to daily life with their new Arab neighbors, most quickly decided they would have preferred a land without a people.

A survey conducted less than one year after the reunification showed deep suspicion, and large majorities who supported limiting the presence of Arabs in their lives to the fullest extent possible. The full survey (Hebrew) is being published here (English) for the first time in full; it was found by Akevot, a a human rights research and documentation center that publishes fascinating archival material. The poll had been described by Tom Segev in his book 1967: Israel, the War, and the Year that Transformed the Middle East, but the full data were not made available until now.

In 1968, surveys were a lengthy undertaking. Interviews were conducted face-to-face, and the coded responses were processed slowly. Even the relatively small sample of 283 respondents in this survey would have taken several months to conduct and process. The copy here includes a cover letter dated March 11, 1968, following a discussion of the results at a Ministerial Committee on Jerusalem. That means the survey was already completed and analyzed possibly by early March; most likely the interviews were conducted in January and February of 1968, or even December 1967 – just over half a year after the war.

Based on the findings, the overwhelming conclusion is that Jews wanted little to do with Palestinians of Jerusalem, other than to expand into their neighborhoods.

A large minority of Jewish respondents did not welcome the influence of Arab culture or political representation. Forty-four percent thought the unification would make the city more “Levantine,” although in one of the few tolerant findings, a 64 percent majority said Arabs should be allowed to use the municipal Khan Theater. But half did not believe Arabs should vote in municipal elections. And 48 percent said they would feel negative about Arabs being elected to the city council (43 percent responded positively).

At the same time, respondents wished to avail themselves of the eastern part of the city: Eight-nine percent and 82 percent, respectively, said Jews should be allowed to live and work there. But nearly two-thirds (62 percent) said they had no intention of living in the Jewish Quarter of the Old City. 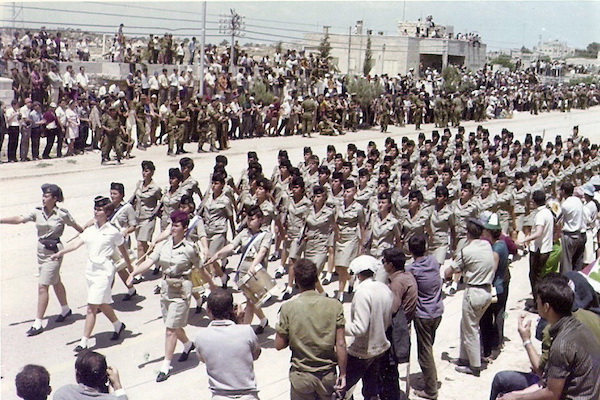 Segev writes that the findings were deeply damaging to Mayor Teddy Kollek’s vision of a welcoming and conciliatory attitude to the “Arab” population. Prime Minister Levy Eshkol was deeply dismayed after he saw the results, Segev reports. Kollek then had all but two copies of the survey destroyed, preserving one for the Prime Minister and one for the Foreign Minister.

If their idea was to ignore the results and continue social and cultural integration, the mission has failed: Jerusalem’s Jewish and Palestinian areas are today deeply divided. Although in places the neighborhoods practically spill over into one another, many Jews in the western part never venture into the eastern side of the city. When I told someone about visiting Jabal Mukaber to report from there in 2015, she said, “Why didn’t you think you would get killed?” Once, when I asked a Jewish Israeli for directions, he pointed across the “seam line” – the divider between east and west before 1967 – and said: “What you’re looking for definitely isn’t there.”

The political divisions are just as deep. The vast majority of the city’s 350,000 Palestinians do not vote in municipal elections so as not to legitimize Israeli rule; according to a 2014 study, fewer than 1 percent cast a ballot. Indeed, there are no Arabs on the city council. One of the barely-optimistic findings of the survey is that 51 percent percent believed unification would improve the economies of both sides. Yet today, 82 percent of the Palestinian residents live in poverty, compared to 48 percent in Jerusalem as a whole – largely as a result of such separation. The poverty rate in Israel is 22 percent.

The desire to keep Palestinian residents of Jerusalem at a distance remains as strong as ever. In a 2015 survey by the Israeli peace organization “Israel Regional Initiative,” 60 percent of the Jewish respondents said that if all Palestinians in East Jerusalem lose their Israeli citizenship and become citizens of a future Palestine, they would be more likely to support a peace agreement.

On one point tested in the 1968 survey, the fearful Jewish Jerusalemites of that time can rest assured. Three-quarters said that intermarriage among Arabs and Jews was a “possibility” following unification — one they clearly did not view as desirable. While data is hard to pin down, Israel’s Central Bureau of Statistics in 2012 registered 16 Arab-Jewish marriages out of a total of 50,474 marriages that year — making the rate of Jewish-Arab couples roughly .03 percent.