Palestinian poet Dareen Tatour has been in Israeli custody for over a year — all for publishing a poem against the occupation. 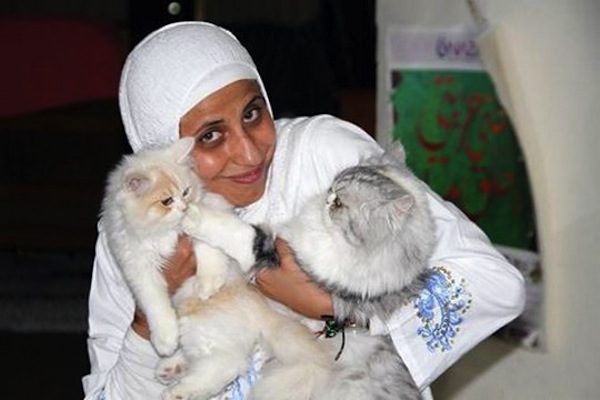 On October 11, 2015, Palestinian poet Dareen Tatour was arrested by Israeli police during a night raid on her home in the village Al-Reineh, near Nazareth. On November 2, 2015, an Israeli court indicted her for incitement to violence. At the center of the indictment was a poem Tatour wrote in protest of the killing of Muhammad Abu Khdeir, Hadeel al-Shalamon, and members of the Dawabshe family in Duma. The indictment cites the full translation of the song, which was edited by an officer who has no prior experience in translation or poetry. Even according to the translation — which is fully of inaccuracies, most of them giving the poem an extremist tone — there is a call to resist the occupation, but there is no incitement to violence.

Dareen spent three months imprisoned in various jails. After that she was transferred to house arrest far from her home, where she was forced to live with an ankle monitor and under severe restrictions. After more than half a year exiled from home, and only after numerous court hearings, was Dareen allowed to continue her house arrest in Al-Reineh (she was forced to continue wearing the ankle monitor and is not allowed to use the internet). She cannot work, and even in the six hours that she is allowed to leave her home, she must be accompanied by “overseers.” This cruelty continues all because she dared to publish a poem.

A situation in which a poet is arrested and put on trial for writing a poem contradicts the very foundations of democracy, freedom of speech, and freedom of artistic expression. Over a year has passed since Tatour’s arrest, and over the past few months we have organized two events, one in Tel Aviv and the other in Haifa, in order to demonstrate against the criminal policy taken against an Israeli citizen.

The treatment of Dareen Tatour by the authorities expresses a policy of severe discrimination vis-a-vis Palestinian citizens’ freedom of expression. The attempt to present legitimate political protest as a criminal act prevents the possibility of honest discourse, and is intended to block dialogue between Jews and Arabs. The protest against Tatour’s persecution has spread throughout the world, turning her from an anonymous poet into a symbol of the state’s cruelty. Jewish Voice for Peace, Pen International (which dedicated its International Translation Day to Tatour), Noam Chomsky, Alice Walker, and hundreds of other authors and world-renowned cultural icons have all condemned the actions taken against the poet.

We, poets, authors, academics, and educators, who fear for freedom of expression and the ability to understand each other and build a life together with Arabs and Jews in this country, call on the state to put an end to Dareen Tatour’s persecution, release her, and rescind the baseless accusations against her at once.