Under heavy security, 20,000 members of the LGBTQ community and their supporters march in Jerusalem, three years after a religious extremist stabbed 15-year-old Shira Banki during the parade. 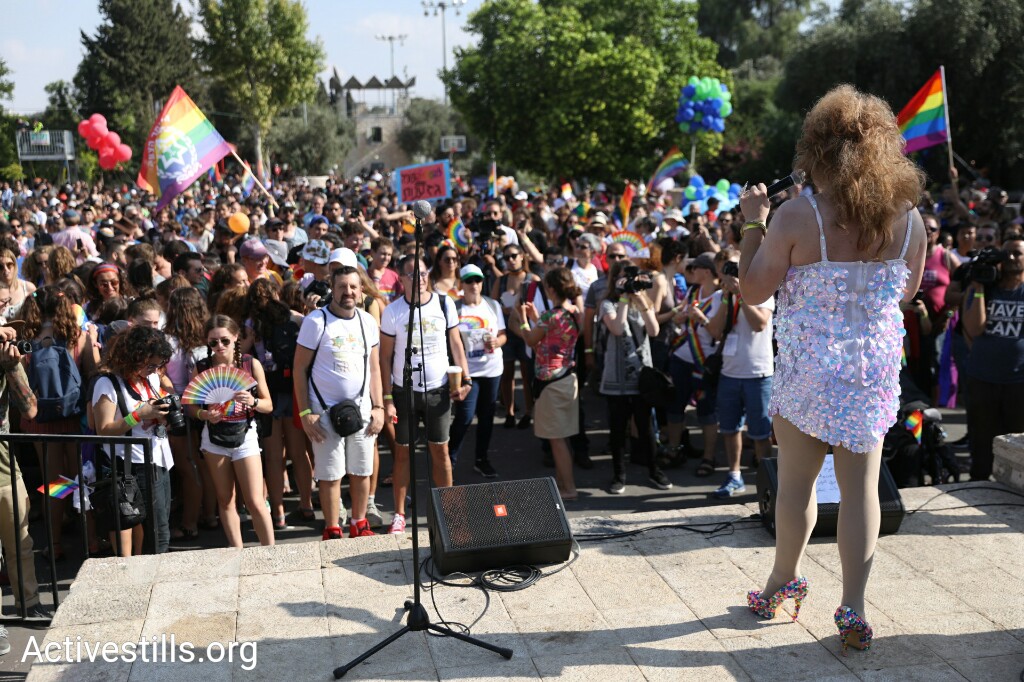 Tens of thousands of members of the LGBTQ community and their supporters took part in the largest ever Jerusalem Pride March on Thursday. The event, which began in the afternoon in Jerusalem’s Liberty Bell Park and ended in Independence Park, took place under heavy police security, three years after the stabbing of 15-year-0ld Shira Banki at the hands of an ultra-Orthodox Jewish man during the march. 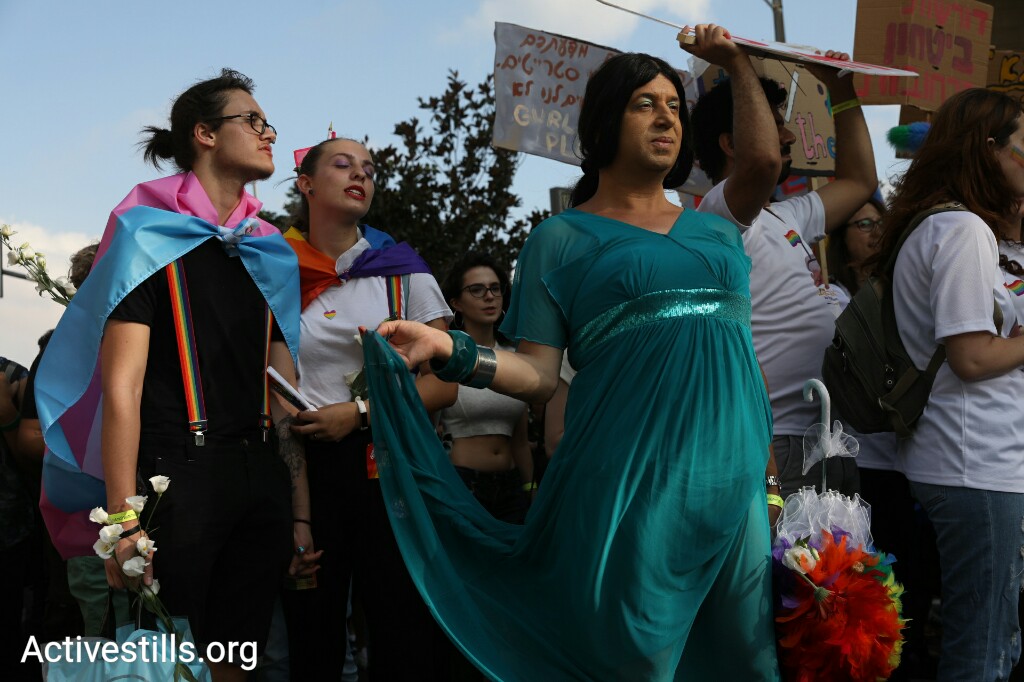 A number of leading LGBTQ activists took the stage at Liberty Bell Park to demand equality and condemn the incitement against the community by religious leaders. Reform Rabbi Noa Satat said that the choice to march “is the choice not to give in to homophobia and violence,” while television personality Gal Uchovsky fired back at all those who have condemned the LGBTQ community. “To all the rabbis against us I say this: you are racist, mean, and not Jewish. We are the Jews. We are the light, you are the darkness, and we will defeat you.”

On Thursday, dozens of American and Israeli rabbis signed a letter in support of the LGBTQ community, following a letter last week from 200 Orthodox rabbis in Israel that called the community “perverts” and an “abominations.” 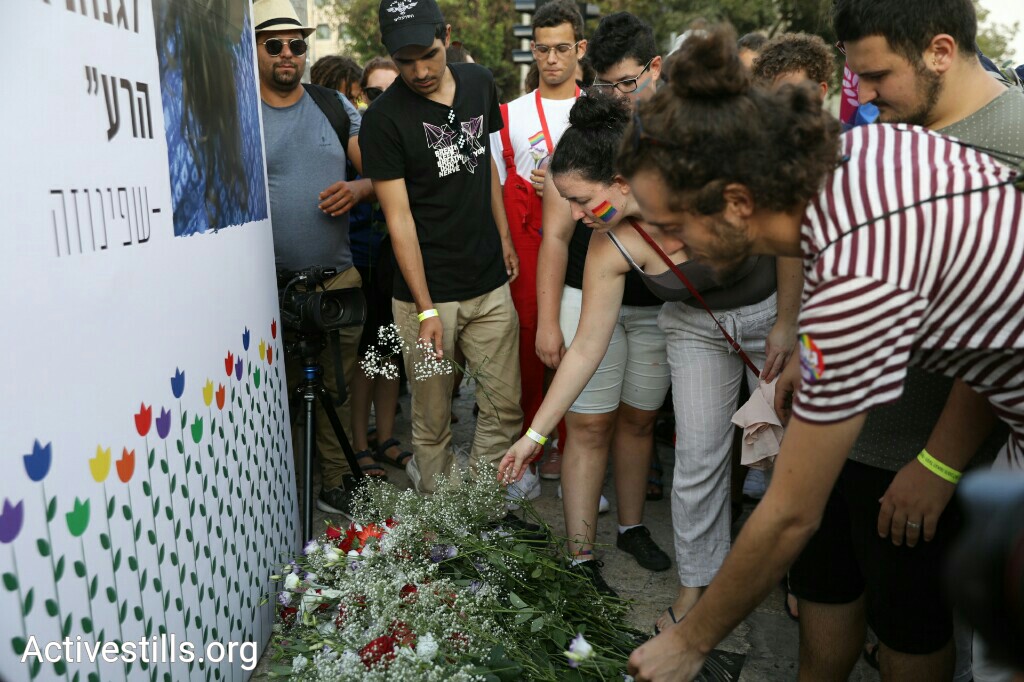 Participants in the annual Jerusalem Pride March lay flowers on the memorial for Shira Banki, who was stabbed and killed by a religious extremist during the 2015 march. (Oren Ziv/Activestills.org)

Police arrested four suspected of trying to disrupt the march, and issued warnings to dozens of right-wing activists prior to the march. Right-wing groups, led by far-right figure Benzi Gopstein, held a protest at the entrance to Jerusalem, where they chanted slogans and held signs against the LGBTQ community. 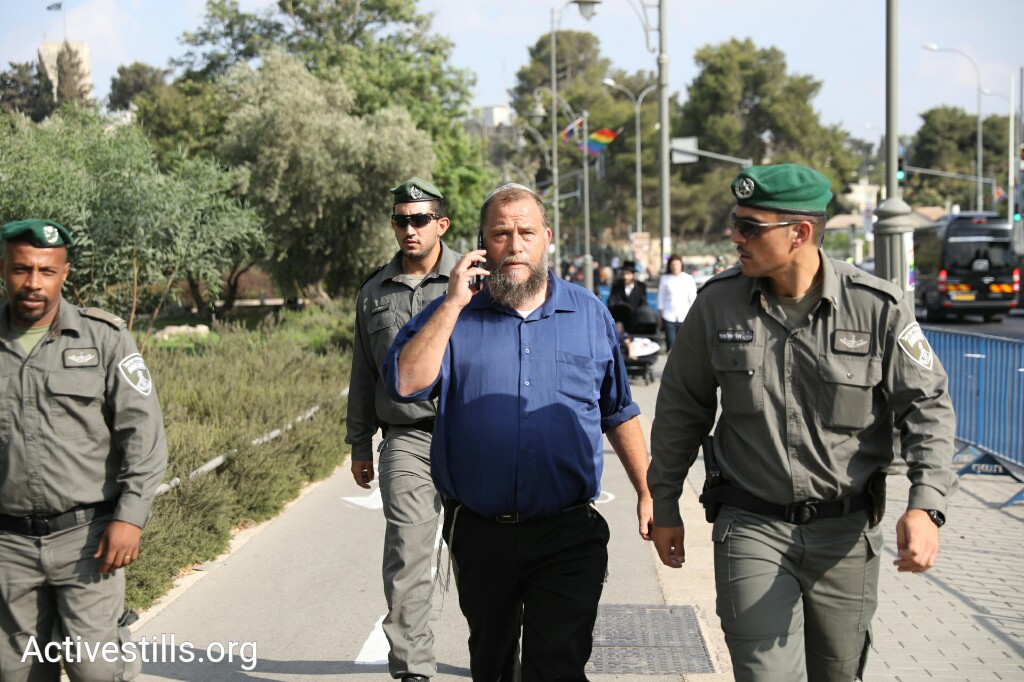 “This is a parade of abomination. Anyone who has a problem can contact me, we have treated dozens of young men who have approached us,” Gopstein told the protesters. 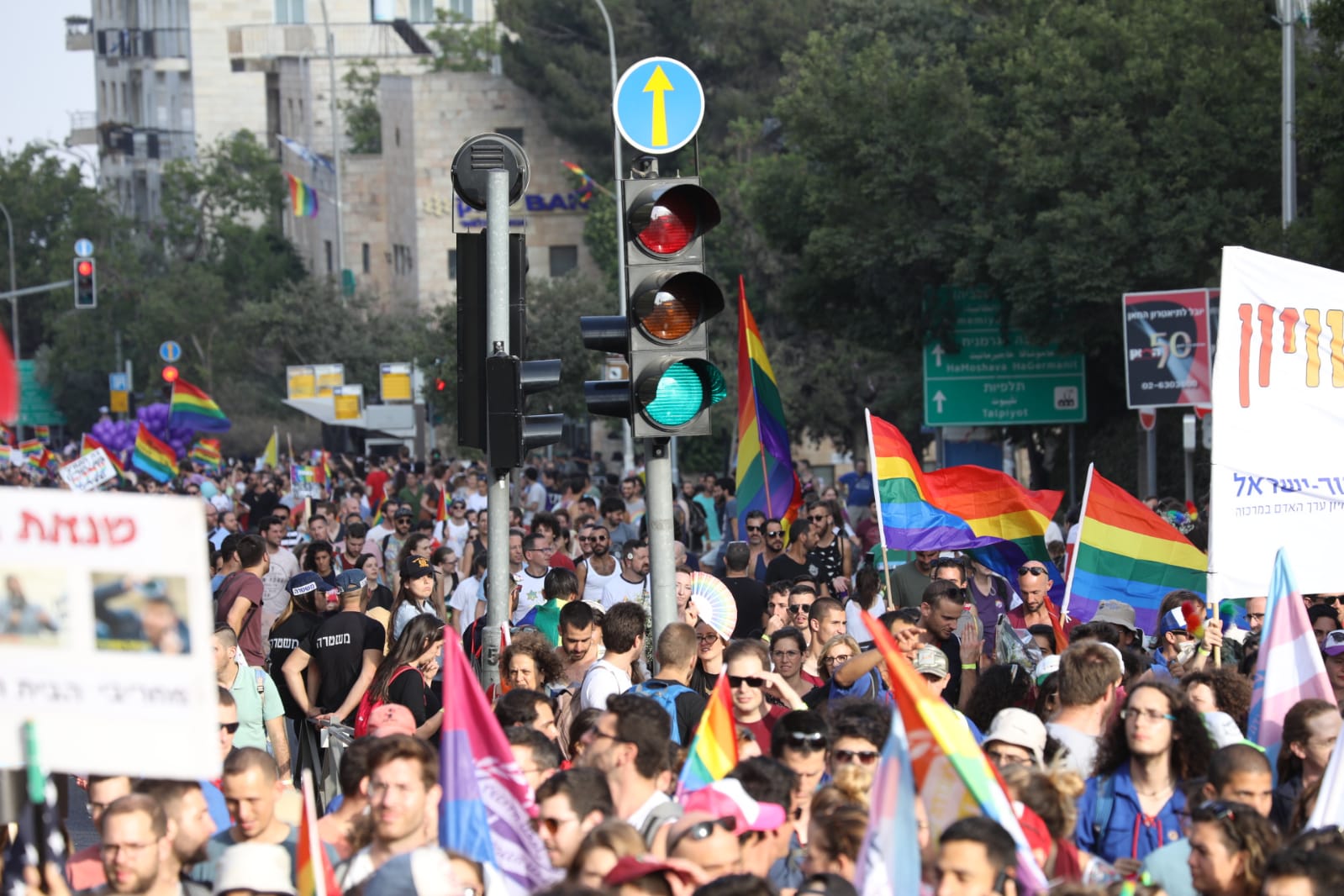 Over 20,000 participate in the largest Jerusalem Pride March yet, August 2, 2018. (Oren Ziv/Activestills.org)

The march comes a week after tens of thousands of LGBTQ Israelis demonstrated in central Tel Aviv’s Rabin Square for equality and against discrimination, after a law passed in the Knesset that excluded gay male couples from using surrogacy to have a child, and a week after a transgender sex worker was stabbed in south Tel Aviv. On Wednesday, Israel’s LGBTQ community marked nine years since the shooting at Bar Noar LGBTQ center in Tel Aviv, which killed two people were killed wounded 15 others.