A meager turnout of only a few thousand people gathered in Tel Aviv Saturday evening to call for a Palestinian state along the pre-Six Day War 1967 borders. The protest was organized by Israeli political parties and organizations across what is considered in Israel the leftist spectrum, from Peace Now to Hadash.

The demonstration was a direct response to Prime Minister Netanyahu’s announcement in Washington last month that he refuses to withdraw to 1967 borders. The message of the protest was that the establishment of a Palestinian state within these borders is in Israel’s interest of long-term peace and security. 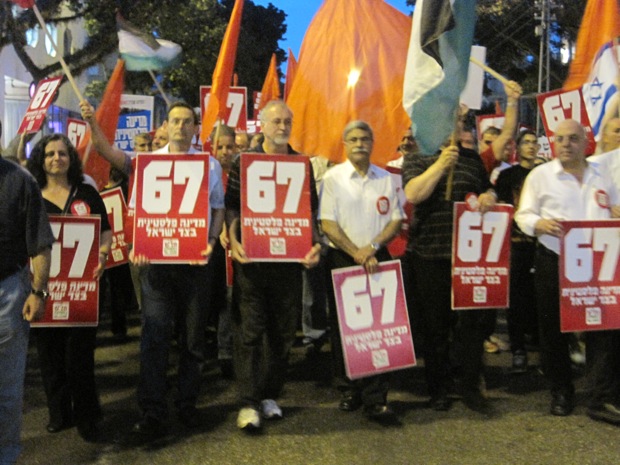 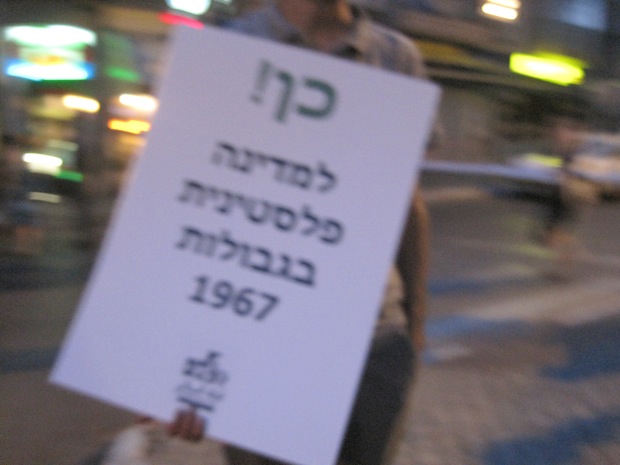 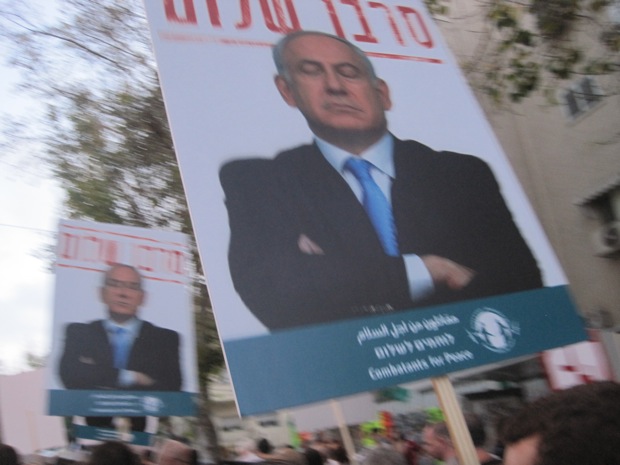 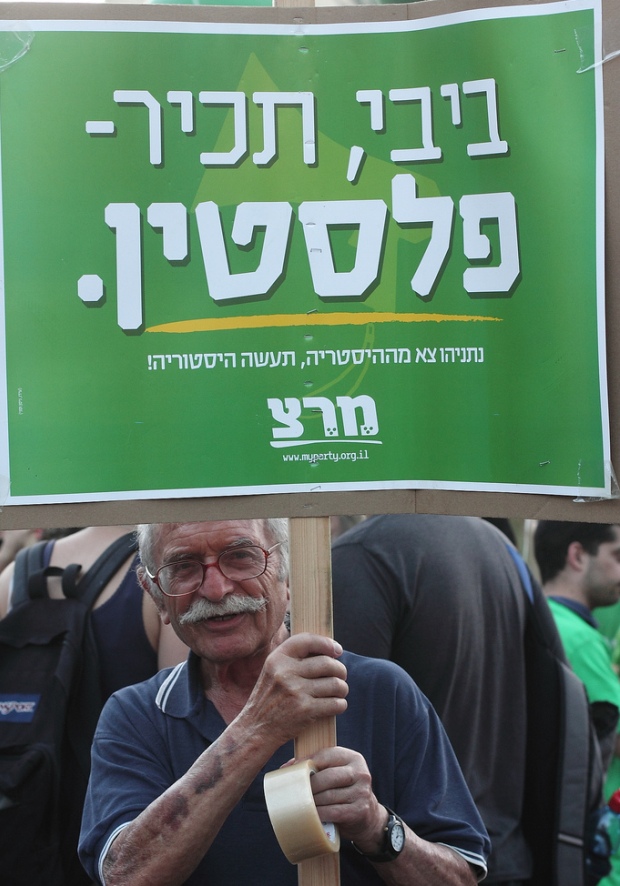 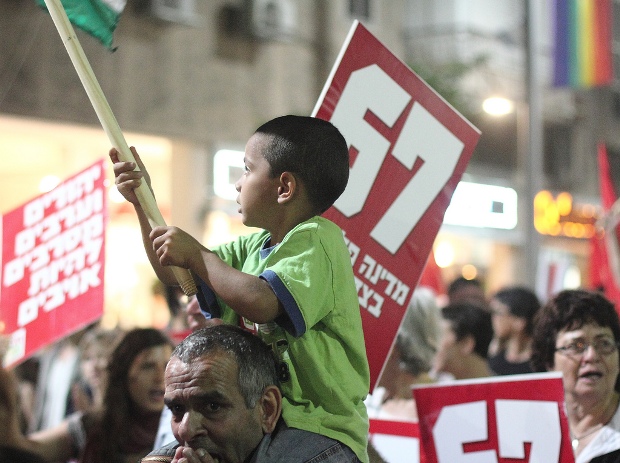 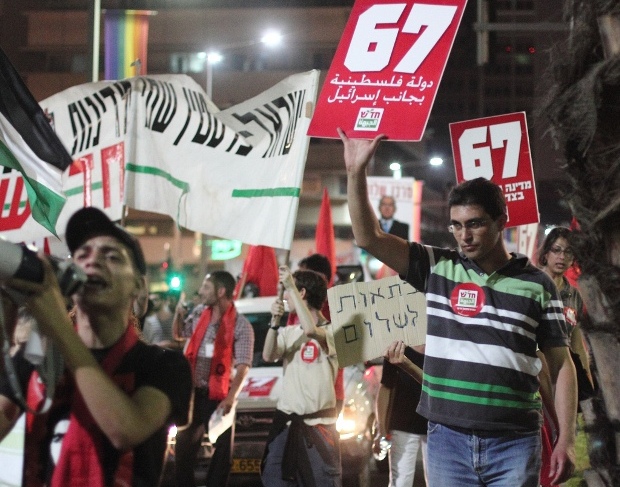 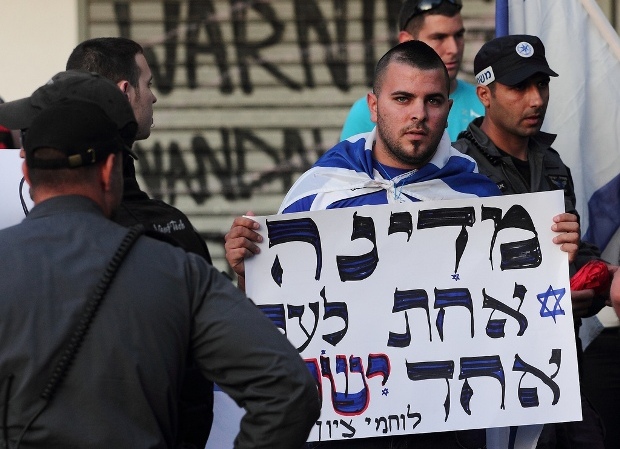 A counter protester being separated from the demonstration by police holds a sign reading "One state, for one nation." (Yossi Gurvitz) 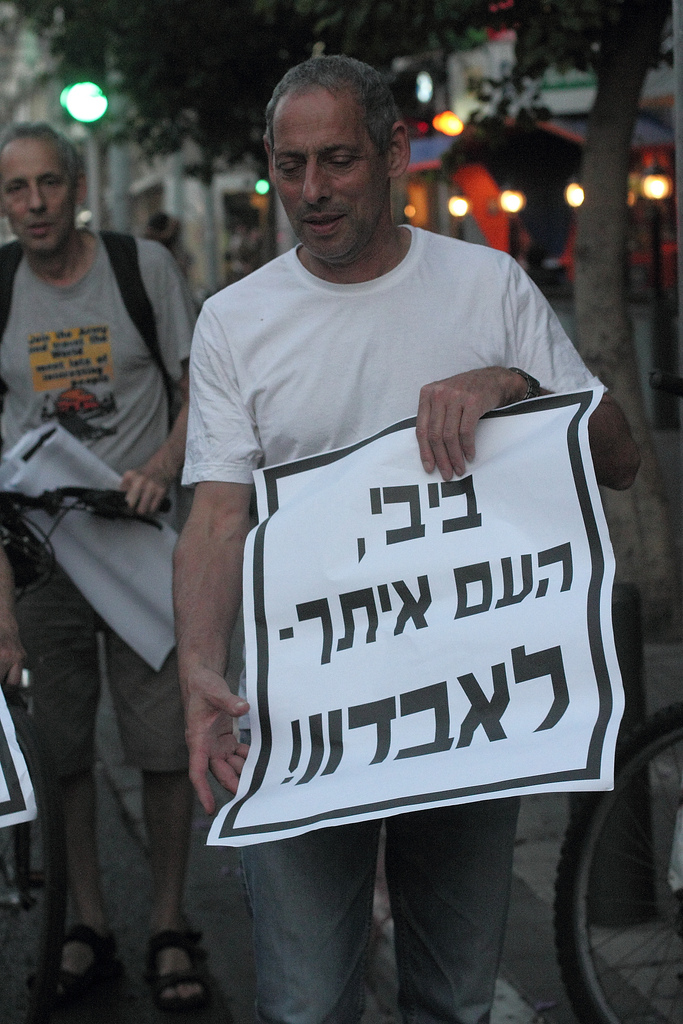 A protester's sign, resembling a death notice reads "Bibi, the nation is with you - on the way to destruction." (Yossi Gurvitz) 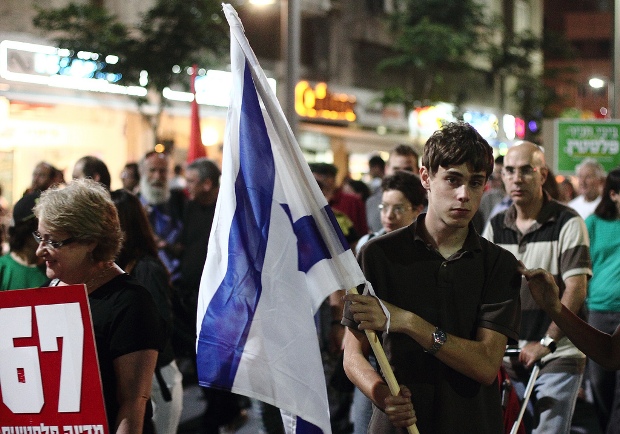