Ofek Buchris is a barrel-chested 48 year old with a heavy brow and war wounds. Until recently he was also a venerated general in the IDF. “A.” was a young female soldier under his command in the legendary Golani combat brigade. She accused him of sexual assault, rape, and sodomy between 2010 and 2012. She sent him a letter saying he had ruined her life and began psychological treatment. Meanwhile he was slated for a major promotion (other Golani commanders have gone on to become IDF chief of staff). In late February 2016, A. made a formal complaint. Buchris denied everything.

The drama that unfolded tortuously throughout 2016 became a microcosm of the reasons why this magazine chose the women who are fighting back against sexual harassment as its story of the year. Buchris represents a revered machismo and relentless appetite regardless of the human cost. A. confronted the vaunted social institution that shapes Israeli society more than any other. Her actions challenged the values of a bygone era that no longer serve society, while changing media platforms voiced scorn for the past and support for future norms. A. and all the others were the bridge.

In March, a military court suspended Buchris; he responded only that A. was a spurned soldier in love. A second accuser, “L.” submitted a related complaint. In July, the court indicted Buchris as he, once again, rejected all their claims.

His strategy didn’t work.  After 10 months of full-fledged denial, Buchris published a dry letter in December in which he “took responsibility” for his actions, paving the way to a plea bargain. Charges were reduced; he was convicted and punished with a suspended sentence and demotion of his rank. 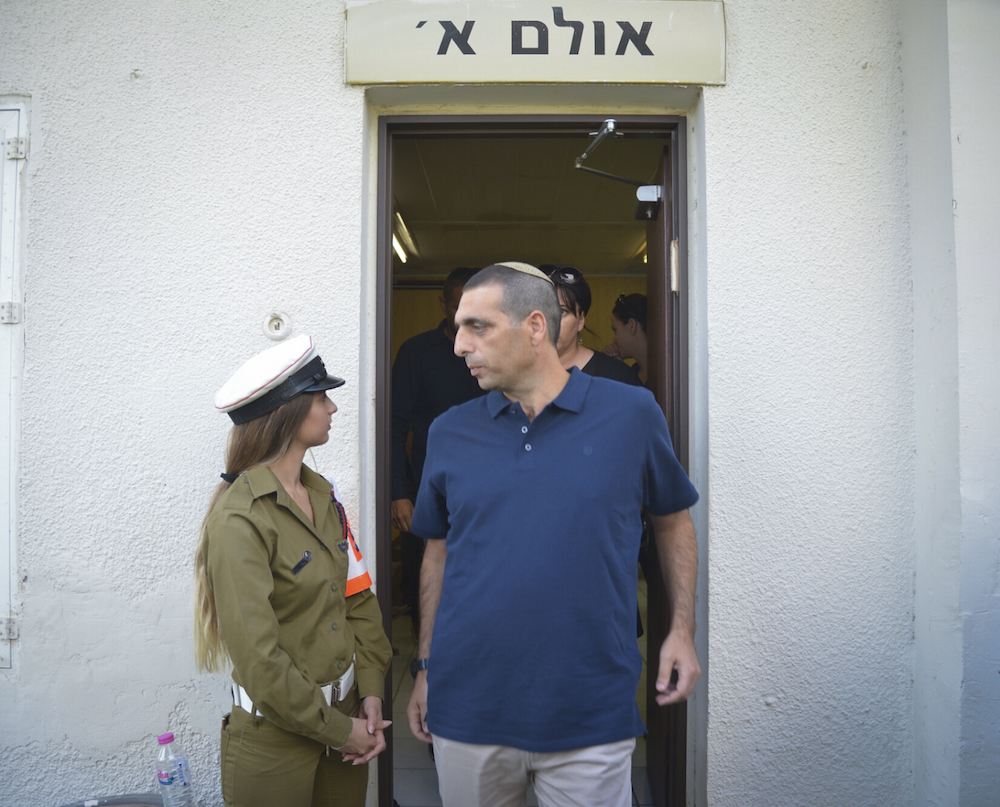 Social media users lashed out. A sarcastic campaign quickly went viral, in which people recalled trivial offenses in the army that landed them punishments they labeled with the hashtag “More than Buchris.”

What about A? When her complaint went public she experienced the familiar barrage of public scorn; she was faced with the possibility of being grilled about the scars on her attacker’s naked body to prove her accusations, as well as exposing her psychological treatment files.

Only she can know if coming out was worth it, and probably not any time soon. But one thing is certain: A. wasn’t alone. She stood on the shoulders of earlier lady giants who, from the late 1990s, became the pained pioneers of saying “stop.” Successes have been few and far between, but some cases have been high profile: Israel’s former president, a former MK, another high-profile TV news anchor were made to realize that the good times – for them and them only – are over.

2016 was different: all at once, a slew of archetypal Israeli heroes fell like dominoes over sexual aggression: Buchris faces ignominy and probably stagnation of his IDF career. Haaretz’s Ari Shavit, every liberal Zionist’s darling and one of the country’s most influential political columnists, was humiliated, then forced to resign over the revelation of predatory physical sexual aggression (he condescendingly defended the incident as a “misunderstanding.”)

A rabbi, a judge, lawmakers and local politicians, a handful of senior police commanders, not one but two Tel Aviv socialite hipsters, among others were accused, and legal or less formal actions were taken against them. The problem knows no sociological boundaries; the men hail from the Left and the Right, they are both religious and secular, young and old.

But since sexual aggression is a problem in many — maybe all — countries, what makes this the story of the year?

Every womanizing culture is sleazy in its own special way. In America it’s frat-boy sniggering. There’s the Mediterranean suffocating pseudo-romantic come-ons, or the conservative Middle Eastern trick of punishing women for men’s sexuality.

In Israel too, sexual aggression expresses a dark underside of national and cultural flaws: swaggering ego-driven entitlement, the unquestioned certainty that specific people and positions are above both law and morality. If they break it, their buddies will cover up for them — that is the sensual intoxication of sheer physical military power.

In a bygone era, these traits were romanticized and marketed to Israel’s people and outside admirers alike. Israelis prided themselves on being brash and direct; they disregarded rules to release creative problem-solving genius that is the secret of the Jews’ mythologized, centuries-old resilience. Israel views itself as the triumph of the gun over the ghetto. For heroic, nation-saving military men, helping themselves to women’s bodies seemed like a natural extension of that.

When values are so deeply rooted in society, they become transparent and unquestioned. But when so many women (one high-profile man was accused by no less than 14 people) are able to step outside and see what was previously invisible, it means the silent rules that define women’s natural role in society are no longer functioning. The more visible these values become, the more flimsy their force.

The women of 2016 may not have realized it, but their actions conveyed that entitlement, impunity, and brash invasiveness — at least as manifested in sexual aggression — are now anathema. No longer do military, religious, or political causes justify the sacrifice of their physical and spiritual integrity. Manipulate these causes for self-satisfying urges, and it won’t end well.

The women who spoke out in 2016 executed an unplanned pincer move. Accusations snowballed as women in various fields inspired one another to speak up. Perhaps after former President Moshe Katzav went to jail five years ago all social institutions became game: the police, the IDF, the courts, journalists, sitting lawmakers, all the way down to local government. That’s a broad social statement.

Are there larger ramifications for those institutions? Will the incidents be viewed as discrete cases, meaningless as a greater social problem? Could there be a backlash?

What 2016 should mean for Israel’s social institutions is first and foremost is that there are limits on  power. Whether or not men acknowledge what they did as wrong, title or talent must not protect them, and no institution gets a pass. 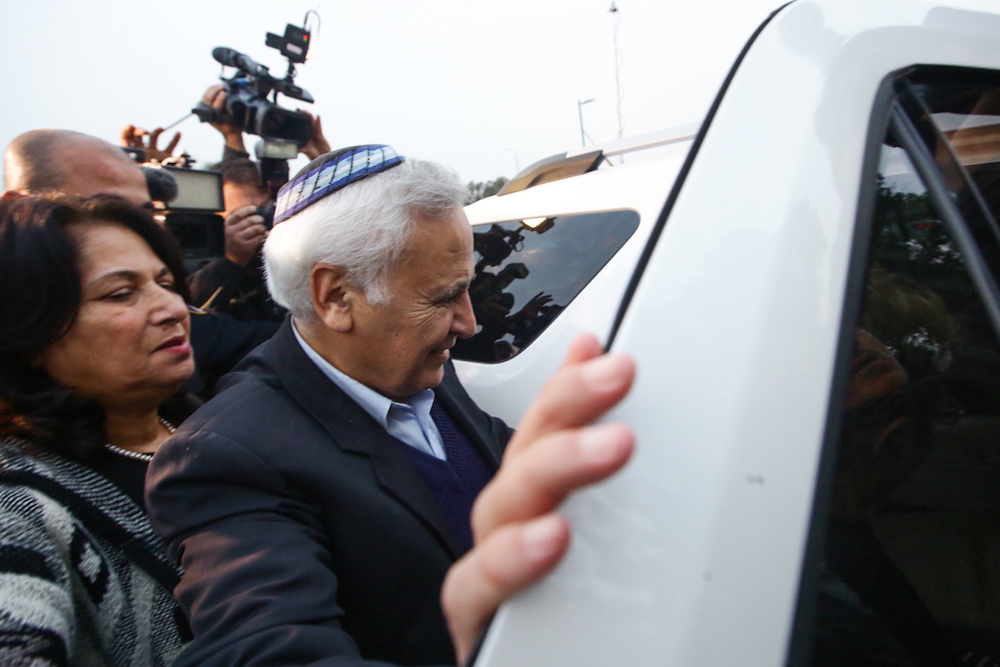 Former Israeli president Moshe Katsav enters a car upon being released from prison, December 21, 2016. Katsav served just over five years in prison for rape and other sexual offenses. (Aloni Mor/Flash90)

It is no great victory when such individuals fall from grace. Sexual aggression does not erase the professional expertise or knowledge these men may have to contribute, and this is a real dilemma. Leaders of social institutions should internalize that even the highest-level professional contribution is no longer enough if men cannot deliver it according to the new norms of respectful personal interactions.

Finally, if the men will not change, they will end up making room for the women they trampled to take their rightful place in the higher echelons of social and state institutions. How many slink away from a desired professional opportunity after having been sexually manipulated or physically harassed at work? How often do news editors, conference organizers, government ministries, or even private companies lament that there are not enough women in high professional ranks to avoid all-male power structures?

As women adjust to the fact that they that they can choose to reject humiliating violations of their sexuality — it turns out that powerful men have choices to make, too.

Some are now confounded about what counts as harmful behavior, or why women react in ways that don’t seem logical. Some men judge women for not making the “right choice” about how to deal with the problem. They fear being arbitrarily accused, as if it’s a plague on the unfortunate – and by association, innocent – men.

The choice is theirs. Such men can keep denying what they don’t understand, or they can listen. Listening means accepting how corrosive 2016 and the events that led to this year have been for women. It means admitting that this isn’t easy for anyone. 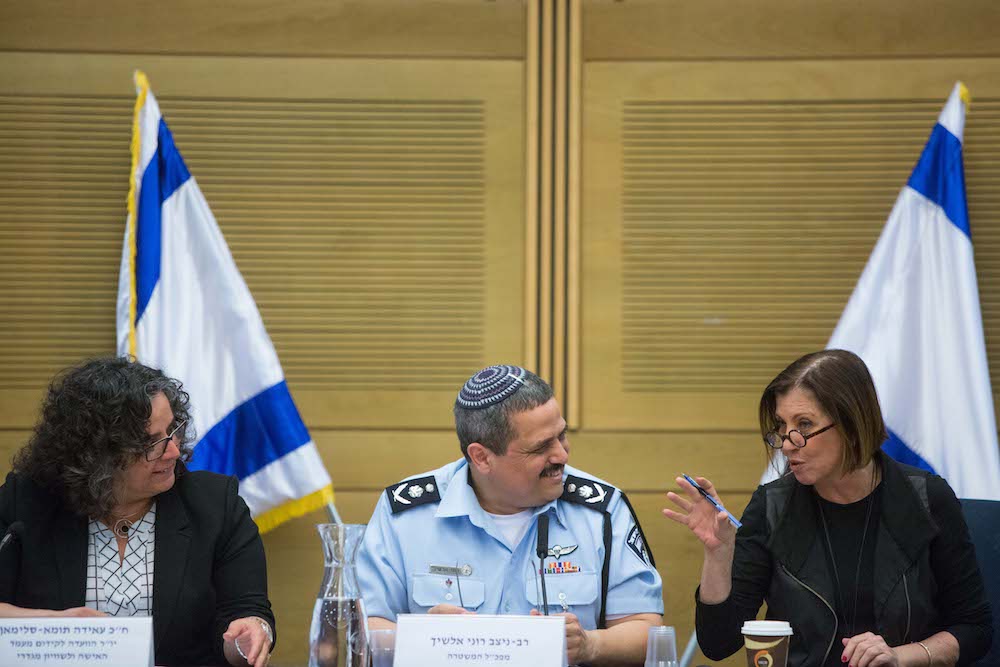 There’s another reason to listen. I submit that better communication leads to more humanizing interactions. Monologues are a great way to misunderstand someone else. It’s much harder in a dialogue when we try to understand – even if, being human, we don’t always succeed.

Many men have made another choice: they do not harass, exploit, assault, humiliate or manipulate women. That is a simple way to avoid being accused.

The other option is to look desperately, as some men have in response, for ways to blame the women. But they seem awfully likely to be running from the knowledge somewhere inside that they might be the target of the next accusation.

Is the personal political?

Does any of this relate to Israelis and Palestinians? Perhaps not directly. But presumptions of a direct connection between gender and peace haven’t yielded great potential either.

Some feminists believe that more female political or voting power would lead to more peaceful policy. But in this region, neither public opinion nor political analysis shows evidence of a consistent gender bias for peace. At present two of Israel’s most influential far-right politicians are women (Culture Minister Miri Regev and Justice Minister Ayelet Shaked).

But as men are forced to pay steeper personal costs for unacceptable interactions, they will have little choice but to re-learn their behavior towards women. If changing gender norms demand that the powerful among us treat others with more humanity and respect, maybe the lesson will carry over to how people interact at work, in society – or in conflict. And not just men.

Maybe being forced to accept the pain men of power have inflicted on individual women, will help both men and women, or society as a whole, realize the pain we may cause those who are less powerful: Palestinians, Ethiopians, Mizrahim, Russians, etc.

Maybe society as a whole can acknowledge that victims will always respond no matter now much we deny or justify the injuries we cause. Maybe men and women alike will remember that we all have choices; that recognizing and ending harm to others is a good way to preempt undesired responses, and that even the mightiest among us can be felled by something we didn’t see coming.