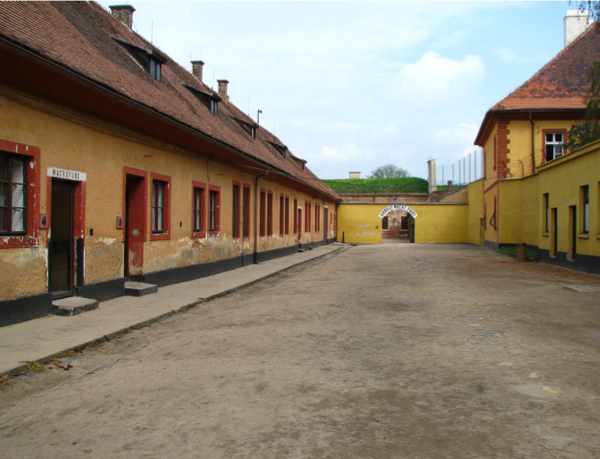 The following was originally posted on Wish You Orwell.

Israel is famous for supporting the documentation of the personal stories of Holocaust survivors: various functionaries often repeat the phrase that since the ranks of the survivors are depleting rapidly, it is vital that their stories be documented for posterity. This, apparently, derives from the strange notion that once the witnesses and the physical evidence of the Holocaust is gone, so would its memory. The Israeli media prominently reports on any damage caused to the concentration camps, and the stealing of the “Arbeit Macht Frei” sign from the Auschwitz death camp a while back caused a national hysteria. This was not limited to the general public: some of the government ministers made threatening demands towards the government of Poland. Happily, the national totem was soon found and returned.

There are some survivors, however, whose stories Israel prefers not to hear. The Israeli ambassador to the Czech Republic, Yaakov Levy, has recently withdrawn the embassy’s support from a documentary, “A Will to Dance.”

The movie, and the story behind it, seem fascinating: it describes the personal story of Margit Yelinkova, whose family perished in the Holocaust and who herself was a survivor of Theresienstadt concentration camp. After the war, Yelinkova spent time looking for and finding Osvalt, a German soldier who tried to help her family during the war. The story, at least from Yelinkova’s point of view, ends happily: she and Osvalt fall in love, she converts and marries him; they have a daughter.

Levy saw matters differently. The embassy informed the Czech producer, Karla Stojáková, that it withdraws it support of the film because it “encourages assimilation”, and is “immoral” (bilti musari in the Hebrew original, incorrectly translated into “unethical”), and “controversial”. The Israeli Foreign Ministry supported the ambassador – a career FM official, appointed by Tzipora Livni (Hebrew) during her tenure as Foreign Minister – and said the film was something “the embassy cannot support”. Its spokesman, Yigal Palmor, said however that the embassy “does not condemn” the film and “will not prevent anyone from watching it”. Thank God for small mercies, I guess.

What has drawn the ire of Levy? A rather simple matter: Yelinkova has broken the Jewish blood laws, which forbids a Jew to marry outside the group. She further offended Jewish sensibilities by converting to Christianity. Such behaviour on account of a Holocaust survivor is, according to the Israeli Foreign Ministry, “immoral”. Yelinkova has offended Jewish honor.

Had Yelinkova and Oswalt been married in Nazi Germany, they would have been subjected to the full force of the Law for the Protection of German Blood and German Honor (commonly referred to as the Nuremburg Laws). It would appear that 75 years after its enactment, the Israeli Foreign Ministry shares the sentiment.

Israel does not have a Law for the Protection of Jewish Blood and Honor – Meir Kahane, the rabid racist, tried to enact one in the 1980s, but the bill was shot down in flames – but, then, it doesn’t need to. As Hannah Arendt noted, when she visited Israel for the Eichmann Trial, a Jew and a non-Jew cannot be married in Israel: marriage is the province of the religious courts, and they will not allow a cross-denominational marriage. Such a couple would have to be married outside Israel – such marriages, and almost all non-rabbinical ones, generally take place in Cyprus – and the State will begrudgingly recognize it.

But, despite over 60 years of struggle on the issue, Israel itself does not allow civil marriages, and fear of “assimilation” – or, as it is often called in the cruder language of the Jim Crow South, miscegenation – is a major argument of its opponents. Now, the majority in Israel, up to the last decade, used to be secular; yet one secular government after another refrained from enacting civil marriage laws. Why? Because, secular as they may be, they couldn’t let go of the foremost Jewish taboo: that of allowing pollution of the holy seed. Former Chairman of the Knesset Avraham Burg reported how, a couple of years ago, he asked a secular professor whether he would prefer his son would marry a non-Jewish woman or a Jewish man; after a slight hesitation, as Burg tells it, the professor opted for the second choice.

The Zionists claim Jews are a nation. This is the basis on which Israel is founded. But if they were a nation, the fact that Margit chose Oswalt would not be, in and of itself, “immoral”: Nobody would think there is anything “immoral” in a Norwegian marrying a Russian, for instance. But Judaism is not a nation: it is rather a relatively closed religious sect, fearful of the outside world and hating it – and hating even more those who abandoned it.

Israel claims to be a state of the Jews, created as a haven for Holocaust survivors; yet it would not accept Yelinkova as a citizen, not to mention her husband. The Israeli teaching on the Holocaust repeatedly – and incorrectly – claim that “assimilation” did not save Jews from the Nazis; yet it would not have accepted the 20% of Jews murdered by the Nazis who were assimilated Jews. Officially, Israel teaches that the Nuremburg Laws were a travesty; it also, officially, holds a very similar position to them.