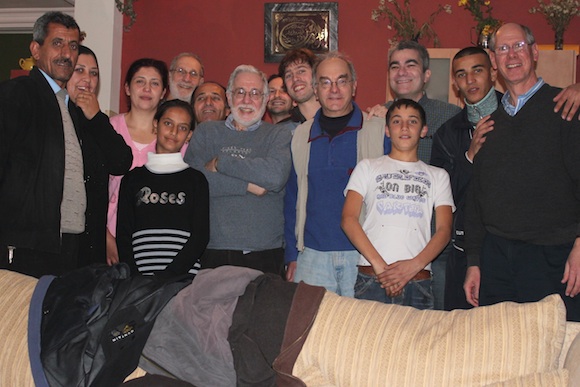 Six months ago, nineteen Jews broke the usual partisan norms when it comes to visiting the “Holy Land” by choosing to hear not only the Israeli Zionist narrative—with which most of them are already familiar—but also pushing themselves to learn and experience the Palestinian narrative on their synagogue’s trip to Israel and the Palestinian territories. They chose to shatter the classical stereotype of tourists who come to Israel to experience the luxurious hotels and touchstone religious sites but that prevent them from experiencing the “other” important local culture.

Tourism packages excel in keeping tourists in a bubble. The guests visit restaurants, hotels, and venues that are designed to give them the illusion of having a local experience, without having to step outside their comfort zone.  Tourism in Israel and Palestine is largely dependent on “religious” pilgrimage trips where tourists are rushed from one archeological site to another without fulfilling the spiritual aspect of the trip they had aspired to experience.

This kind of tourism doesn’t characterize all visitors to the Holy Land, however, because there is emerging lately an alternative kind of tourism. There are people who have interests that go beyond the usual religious sites. They understand religious pilgrimage to mean creating a connection with the land, the people and the culture. Such special people choose to come for an educational and practical experience.  This not to say they avoid typical sites, nor do they fail to indulge in relaxing and luxurious experiences, but they refuse to ignore the full potential of a Holy Land trip.

In December of 2010, I had the privilege of coordinating a tour for the nineteen Jews from Chicago led by their rabbi. Contrary to normal tours, ours was led equally by two tour guides for the entire trip, a Palestinian and an Israeli. The purpose was to provide the tourists with a context of the Israel/Palestine conflict and allow them to learn the different narratives that exist in the region. They visited many religious sites in Jerusalem, Hebron and Bethlehem. Everywhere they visited, locals welcomed them and spoke to them about a vast variety of issues. They learned about the life, challenges and aspirations of both the people of Palestine and of Israel.

Perhaps what was most impressive about the trip was the group’s shocking request to have home stays at a Palestinian refugee camp. For two nights, nineteen Jews stayed in four Palestinian homes in Deheisheh Refugee Camp.

To my knowledge this is unprecedented, a delegation of Jewish congregants sleeping in Palestinian refugees homes, eating from their food, playing games with their children and grandchildren—a few even smoking hookah all night long with the youth of the camp. They talked about music, life, culture, romance, and–against my advice–even politics. The host families were the average Palestinian families and not the elite Palestinians. Some family members did not speak English, yet they did not have a problem communicating. They proved that the language of humanity transcends any linguistic boundaries. 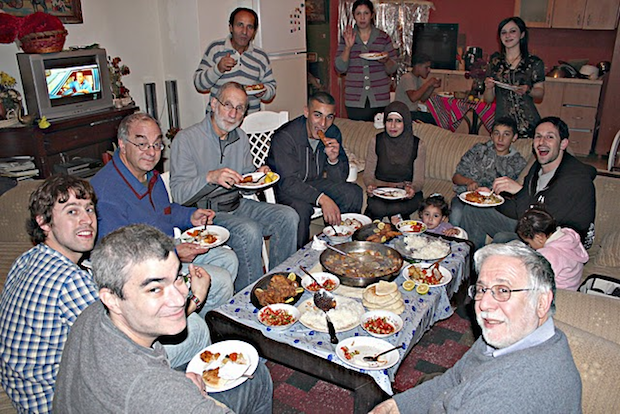 The rabbi told me that on the first night at the refugee camp, a seventeen-year-old host took him around the camp and introduced him to his friends. He took him to his “hangout” spots, and shared with him his dreams and stories from his life. Who could believe that a Jewish rabbi experienced the nightlife of Deheisheh Refugee Camp? This represents a glimmer of hope that we should all cling to.

On the day I picked up the group from their home stays, the scene was unbelievable. I never expected to see Palestiniansweeping because Jews were leaving their homes – normally the other way around. The goodbye was emotional, even heartbreaking; no eyes were left dry. The relationships created in two days seemed to be unshakable. The fact that these were Jews and Muslims in a place torn by nationality, religion and conflict did not stop them from overcoming stereotypes and becoming friends. They looked beyond religion and nationality and connected on the basic level of humanity. 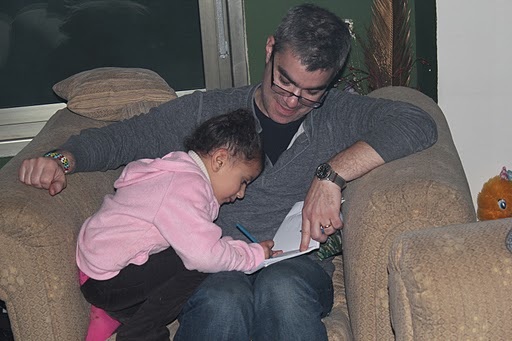 Some Jewish extremists claim that if a Palestinian state is to be created, the Jews will not be able to visit their holy sites in the West Bank. They argue that Palestinians would not grant them the freedom to worship there. This argument is the basis for many settler justifications of the Occupation.

Nineteen Jews proved that this notion is not necessarily true. The Palestinian families in Deheisheh Refugee Camp did not mind hosting Jews, not just in hotels but rather in their homes. They stayed under the same roof, with no protection, no weapons or checkpoints. They were safe because they came as friends, not as enemies. They came with flowers and gifts, not with guns.

When back in their East Jerusalem hotel, the Jewish congregation held a prayer and worship service. Not only did the Palestinian hotel staff not object, but rather they did everything possible to make sure the Jews had all they needed for the service.

Jews have a significant history and heritage in the West Bank, and many Palestinian Muslims and Christians do not deny it since it is part of their own religious history. It is understandable why many Jews feel connected to some places in the West Bank, just like Palestinians have history and heritage within Israel to which they are drawn. Palestinians will always welcome Jews to the West Bank, not as settlers, but as friends and neighbors. This is the kind of new relationship needed between Jews, Muslims and Christians in the “Holy Land”, a place that will hopefully one day soon live up to its name.