Yuval Ben-Ami is thinking of leaving Israel for a saner life somewhere in Europe. Though I know the feeling he talks about and sympathize with it deeply – my choice, time and time again, is to stay right here, at home. I can even justify it. 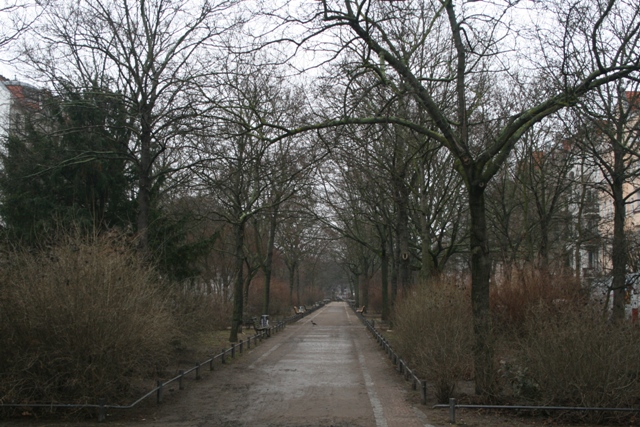 A calm, grey and tempting street in Berlin (Haggai Matar)

Of course, I totally agree with Yuval. It’s a very rough country that we live in, a country of occupation and racism, a country of militarism, chauvinism and brutal capitalism, a country of fundamentalism and violence, where intimidating winds of fascism are blowing in the air. It’s a country where I spent two years in prison, and where so many others like me get shot at, arrested and beaten for who we are and what we believe in. Not to mention the heat and the humidity in the Tel Aviv summer, the way it usually brings the worst out of people and summons the bugs, the cockroaches and the mosquitoes. I hate mosquitoes.

And yes – there are alternatives for us. Not that I have any other citizenship, but I guess I could obtain one if I really wanted to, and I could have found a safe and comfortable haven in the relatively peaceful and grey-skied bliss of Berlin, Madrid, Amsterdam or London if that was what I was aiming at. (Here I have to disagree with Yuval. I love London, not only because desperation becomes easier there – as the famous Israeli song by Hanoch Levin goes – but for the city itself and the people living in it.)

Like Yuval, I too ask myself and my friends the very same question: is it time to leave Israel? Is this place turning into a nightmare? Should we turn to exile before it’s too late and they start locking us up (again) for being leftists? When more than 90 percent of Jewish Israelis supported the Israeli attack on Gaza in 2009 (“Operation Cast Lead”), and only a handful of us were out on the streets demonstrating, and then when the extreme-right government was elected into office, I too started thinking about packing my bags. Even my late beloved grandfather, a devoted Communist who went through World War Two as a Soviet spy in the German army, came to this land at the end of the war, served his entire life in the Israeli security apparatus and was given the highest of honors for his service – even he told me in his later years that he wished for me to live abroad, to find a better and safer place to start my own family. 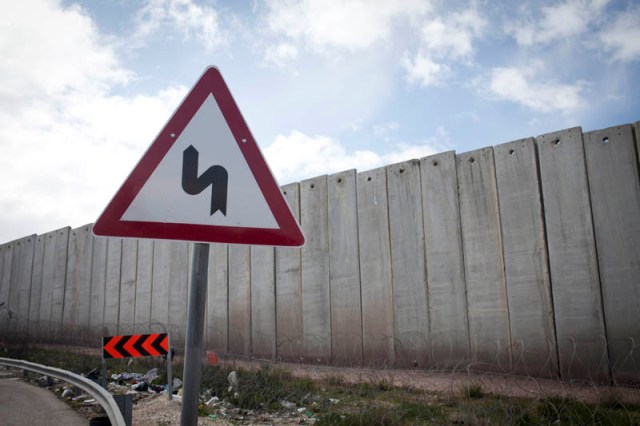 Yet my answer is and has always has been clear to me. I’m staying here.

I’m staying, in part, out of solidarity with those who cannot and will not leave – mainly my Palestinian partners and friends with their tsumud (a term defining the clinging to one’s land in the face of oppression and attempted banishment), their struggle. Part of being a partner in this struggle means working hard on the ground where things matter, be it in demonstrations in the West Bank, lectures, workshops, education projects, journalistic and opinion writing for the Hebrew-reading public, and taking part in the Israeli society’s political discourse. If the Palestinians, who have lived under occupation for decades, keep their spirits up and keep on fighting – who am I to say that there is no hope and start checking out the costs of living in Berlin?

I’m also staying, in part, because I think the alternatives are not as good as we think. Is there really a country we’d like to live in that doesn’t support the Israeli occupation? Are NATO member countries not party to equal if not even more terrible crimes than those committed by Israel? Is extreme capitalism not a global disease? Of course, in other Western countries the horridness and brutality of 21st century international politics and economy are not as blatant and not as present in people’s everyday lives as they are here. However, can we truthfully say that this distancing and denial is really a good thing? I’m not positive of that at all.

But more than anything else, I’m staying because this is my home, because this is where I grew up, where most my friends are (well, the ones who haven’t already left or aren’t planning on leaving the country, anyway), where my family lives, where my love and her family and friends are. The streets I walk have a special meaning to me that other streets in the world cannot have. Even though my English is fluent, I get along in Arabic and I’m learning Spanish – I shall probably never feel at ease with any other language the way I do with Hebrew, with all the cultural associations and nuances it holds for me. There is no people I can better understand and talk to than Israeli people. It is a part of me, and part of who I am, and a part that would always be empty and missing were I to live in exile.

Making the choice to be hopeful

What I’ve actually been saying here is that while this place is violent, extremist and weighs on you like a stone, while I fear the direction  it’s heading in and am quite aware of the price one pays for living here, it is also the place I love most and am quite happy to call home. This does not make sense. Or does it? 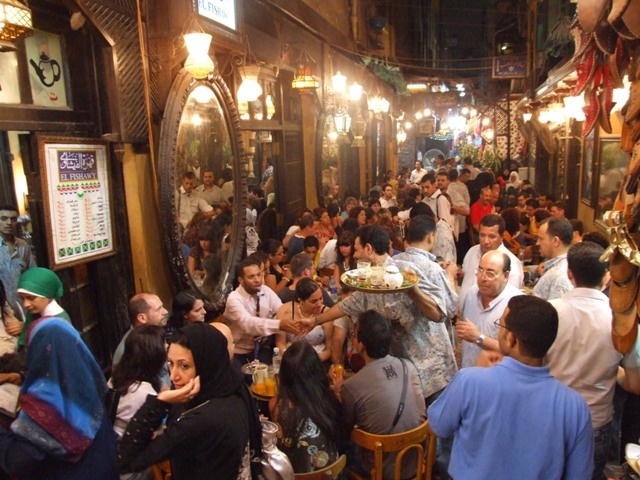 My first reason for optimism comes oddly enough from abroad, from one of those trips out of the country that make you think of relocating – the kind Yuval so well described in his post. Except that this trip was not to Europe. Over the course of 2007-2008 I spent about three months living in Cairo, learning Arabic and roaming the streets. I fell so in love with that city, that I knew I would never be able to stay away from it for too long. But more than just being enchanted with the city itself, I was thrilled by the experience of being a Jewish Israeli – and one of mostly eastern European background – who could actually fit in quite happily and naturally into an Arabic and mostly Muslim society. Thinking of my home town of Tel Aviv-Jaffa from there, I could suddenly begin to imagine it not only as a European or American colony in the Middle East, but as a city with great potential of fitting in and bonding with Cairo, Beirut, Amman, Damascus…

It was a feeling that would only grow stronger over the coming years, and that I now hold very dear. I seriously believe that the deep inherited Israeli fear of “the neighborhood” can be solved over time, with a lot of learning and attempts at mutual respect (which would of course have to start with Israelis giving up on occupation, Zionism and American interests, just like they would require certain Arab societies to give up anti-Jewish sentiments). We can form a new Middle East– not the kind that Shimon Peres wants, but a different, more complex and more equal one.

The second reason for optimism was given to us almost on a silver platter exactly 10 months ago. Inspired by that very neighborhood that surrounds us, hundreds of thousands of Israelis (if not more) started developing a new discourse last summer, one in which struggles for justice and cross-national and cross-class solidarity are no longer myths or threats – but rather a unifying force. With J14, for the first time in Israeli history, serious cooperation between Palestinian and Jewish citizens became a natural part of mainstream politics, and words like “union”, “socialism”, “real democracy”, “social justice” and “equality” were at center stage. It is not that workers hadn’t struggled before, or that people hadn’t faced home evictions and whatnot – but for the first time ever, the struggle gained some sort of legitimacy and acceptance, which is something that should make most leftists in the country feel at least a little more at home, and a little less alienated. 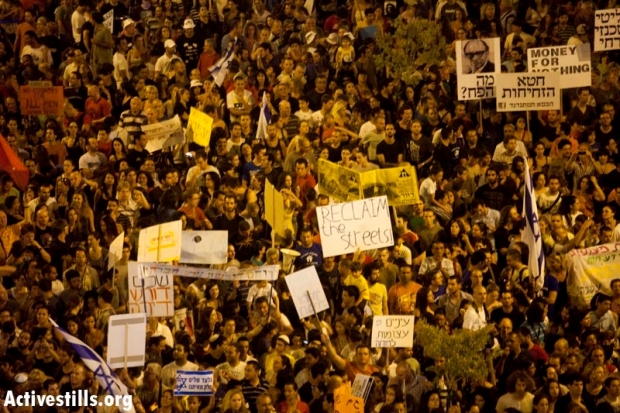 Of course – there is much work to be done. Both the dream of a united Middle East (in one form or another) and that of a strong joint, wide, popular movement for peace and equality are far from being within reach. I know, Yuval, that it’s not going to be easy. Yet the option is there, and we can make the choice of believing in it and making it come true, make the choice of fighting for this country to be a better place for all its inhabitants, make a choice to make this a home for us all. It’s a choice which I insist on making.