The Palmer Committee did not really investigate the IDF’s attack on the Gaza Flotilla in May 2010; instead, it sought  diplomatic compromise

The release of the report of the UN-appointed Palmer Panel a month ago was nothing less than a source of pride for Israeli speakers, who repeatedly emphasised its ruling that the naval blockade on Gaza (unlike the closure on land) is “lawful”. 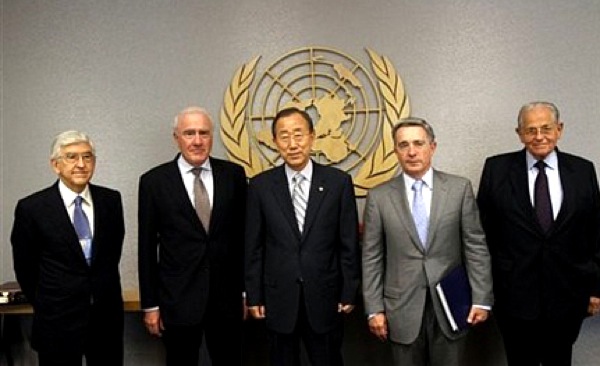 Many journalists rushed to quote this bottom line from Israeli PR specialists, as if it were the legal truth; they never bothered to read the document itself. In doing so, they neglected some pivotal points, such as mentioning the minor fact that the committee is not even a legal authority (as it clarifies itself, p.3), and that its conclusions have no validity or binding authority – even less than the Goldstone Report (whose recommendations were also not legally binding).

Moreover, not only did these conclusions have no legal validity; the committee did not include even one relevant legal specialist. Yes, none of the members of the committee has the relevant legal qualifications to discuss the issues at hand! The committee comprised four members: two representatives of the governments of Israel and Turkey, and two other allegedly independent members. One of these was the former Prime Minister of New-Zealand, Sir Geoffrey Palmer (an expert on international environmental law), and the other was Alvaro Uribe, former president of Columbia, who has a very dubious record in human rights, and who was also awarded the ‘Light Unto The Nations’ prize by the Zionist AJC in 2007, for his close ties with Israel.

Thus, at least three of the four committee members may be suspected of inappropriate bias, and not one of them can serve as an authority to discuss questions of international maritime law or the laws of armed conflict.

As if this in itself were not enough to cast doubts on the conclusions of the committee, its work was also neither an investigation nor a revision of facts. The committee was forbidden to consider any evidence or testimony other than the problematic reports handed to it by Israel and Turkey. These reports led them to their conclusion on the legality of the naval blockade, but also to consideration of the autopsies conducted on victims, demonstrating that some of the casualties were killed by bullets to the back, neck and forehead, at point-blank range. The committee had no choice but to ignore the results of several other international specialists, including committees, delegations and analyses, which clearly ruled that the siege is a form of collective punishment, forbidden by international law.

The simple truth is that the purpose of the committee was not to draw legal conclusions, but to reach a diplomatic reconciliation. It was an effort to bring about a political compromise between Israel and Turkey, not to investigate the status of the siege in international law. Accordingly, its product was designed to find common ground in the positions of old allies, rather than representing an independent legal truth.

But the (il)legality of the siege does not originate in agreements of political committees, just as an agreement between two parties (e.g. that their employees should earn less than minimum wage) will not make their arrangements legal. Perhaps only for the sake of its reputation it might have been better for the committee to choose its wording differently, or at least for journalists to avoid misleading quotes, and to describe the report instead as “a mediating formula between countries, that has no legal effects or implications”.

I am also no jurist. But it is easy to question the Israeli position, which simultaneously denies and admits the siege policy. Over and over again Israel argues that it is no longer in military occupation of the Gaza Strip, while at the same time admitting that it imposes strict restrictions on its civilian population. If there is a siege, and/or effective control over the land, water, goods or people of Gaza, and/or disconnection from the West Bank, then we are bound to act according to the principles of an occupation under international humanitarian law. If Israel restricts or forbids access to land, agriculture, export or fishing; if there are limitations on food and travel, including students, patients and medical teams; if there are restrictions on medicine, cement and water filters – then the occupation simply continues, and with it the harming of innocent people. End of story. One cannot eat a cake and leave it whole, and cannot admit and deny the occupation at the same time.

Lastly, to the question of diplomacy. The committee offered a compromise, whereby it legitimised the naval blockade, and defined the flotilla as problematic. In exchange it required that Israel apologise and compensate the families of those killed. Israel could not dream of a better deal. Knowing that the siege is illegal (or at least that anyone other than Israel concludes so), it should have adopted the Palmer report eagerly, paid it some lip-service, and prayed that the Turks would buy it. But for some reason the Israeli government decided against the diplomatic option. Now they are left to witness relations with Turkey deteriorate to an all-time low. Turkey, for its part, intends to challenge the conclusions of the panel in the International Court of Justice. With the ICJ, which does have very practical implications, Israel stands almost no chance, as it would accept and consider the evidence for forbidden wrongdoings.

So what did Israel gain from the whole move? Wouldn’t it be better to have used Yom Kippur to apologise for these mistakes and move forward? A good start for a better year could be adopting the less-quoted recommendations of the Palmer committee, calling on Israel not only to compensate and apologise, but also to reconsider the entire siege policy, and to “ease its restrictions on movement of goods and persons to and from Gaza with a view to lifting its closure and to alleviate the unsustainable humanitarian and economic situation of the civilian population” (p.70).