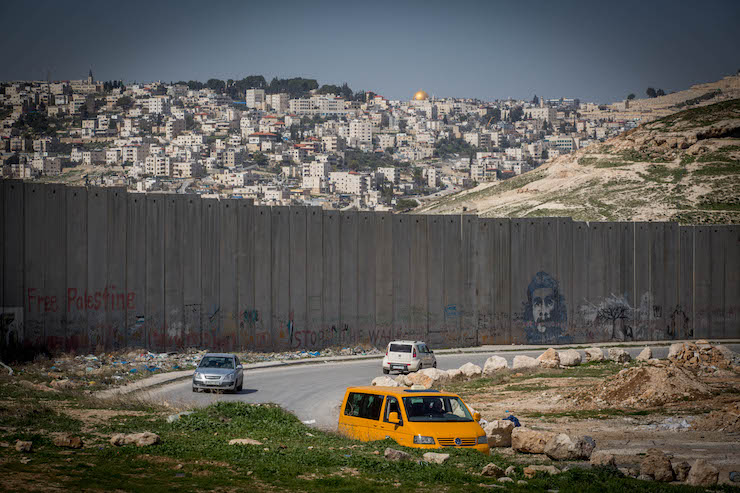 Just a few weeks into the al-Aqsa Intifada in 2000, I was enticed by and attracted to a unique idea for resolving the Palestinian-Israeli conflict, which continues to entice me 18 years later. The contours of the idea — acceptance of the two-state solution, Israel and Palestine, living next to each other in peace and security, on the basis of the June 4, 1967 borders  — remain valid provided the three following conditions are met:

The idea is simple and sufficiently clear, even if its implications, the commitments it entails and its implementation require clarification. It would require significant modifications to the two-state solution but would not alter its essence or affect its primary impetus.

On the one hand, this idea seriously engages with the fundamental Israeli-Jewish demand to preserve Israel as a state the majority of whose citizens are Jews. On the other hand, it also seriously engages with the fundamental Palestinian demand for an independent Palestinian state on the basis of the borders of June 4, 1967, and for the return of refugees, or at least those who so wish, either to the Palestinian state or their homes from which they were uprooted in 1948. Moreover, it presents a more promising approach to engage seriously with the other thorny issues, such as Jerusalem and the settlements.

Refugees: Any Palestinian refugee will be able to exercise the right of return, whether to the state of Palestine as a citizen with equal rights, or to Israel as a permanent resident, whose citizenship rights would be fulfilled in the Palestinian state. This distinction between citizenship rights and residency rights would make the right of return easier to swallow, especially for Israeli Jews who insist on a state in which Jews are the majority of citizens.

Settlements: Once the borders between the two states are agreed, the Jewish settlers finding themselves with the borders of the Palestinian state would be able to choose to remain wherever they are – naturally, without their current privileges – either as Palestinian citizens with equal rights, or as permanent residents in the state of Palestine, exercising their right of citizenship in the state of Israel. In most other formulations, the settlements remain an impossibly tough nut to crack. Annexing of the settlements to Israel, even as blocs, would diminish the viability and desirability of a Palestinian state. Evacuating the settlers and dismantling the settlements or their major blocs would be hard for any Israeli government to bear.

Jerusalem: Even according to the scenarios currently circulating, the solution for Jerusalem in all its aspects combines partition and partnership, as some of the dimensions of the problem of Jerusalem cannot be partitioned between two states. We therefore need to break this complex issue down to its components, and distinguish those which can be subject to partition and those that cannot. The vision built on this idea foresees Jerusalem as an open city, united on the municipal level, with West Jerusalem the capital of Israel and under its sovereignty, and East Jerusalem the capital of Palestine and under its sovereignty. The Arab population of Jerusalem would be citizens of Palestine, while the Jews of Jerusalem would remain, as they are, citizens of Israel.

The country as a whole would remain one unit and one physical space, for the purposes of labor, travel, and residency. In this manner, both Palestinians and Israeli Jews would feel that the entire country is theirs, even though they would be citizens of a state that is only a part of that country. It is a mistake, at best, and misleading, at worst, to underestimate the importance paying credence to that attachment.

Finally, since the one-state solution is a faraway dream, and since the two-state solution, as propagated and defended from a Palestinian, Arab and international points of view, has begun to fissure and crumble as a result of continuous Israeli positions and practices, shouldn’t we seriously engage with ideas such as those outlined here? I would think so. And to the doubters and the fearful on both sides I say: let’s have an open, honest discussion.

Dr Said Zeedani is an associate professor of philosophy at Al-Quds University. A version of this article was originally published in Arabic in Al Hayat.