Elie Wiesel, who knows too well the hideousness of racist ideologies, should do better than to blindly succumb to them himself. In this conflict, he is not a messenger for mankind, but a messenger for one ethnic group’s victory over others.

Night is one of the most memorable books I have ever read. I was 16 years old when my Jewish-Israeli high school teacher assigned it to my class, and I still remember to this day where I was as I went through its pages. It was a short but powerful story of the horrors of the Holocaust, and my most intimate glimpse yet into one of the darkest periods in human history.

Having left such a strong mark on my learning, it pains me to see that the book’s author and subject, Elie Wiesel, was a signatory to a recent newspaper ad praising the takeovers of dozens of Palestinian homes by Jewish settlers in the Silwan neighborhood of East Jerusalem. Wiesel signed the ad as chair of the public council of Elad, an organization which explicitly aims to transform an ancient multicultural city into a place where one ethnic/religious group would have superior rights and a dominant narrative over others. Wiesel not only serves on this board, but actively promotes its work and ideology locally and abroad without hesitation. 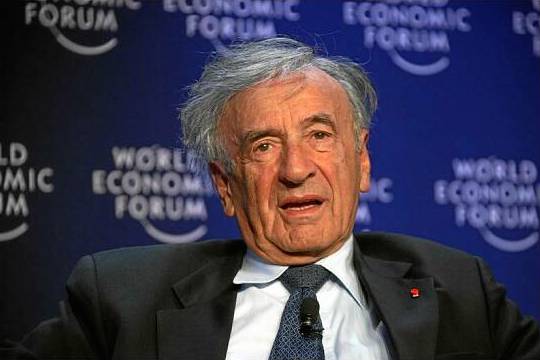 The Silwan takeovers, which were facilitated by Elad and other settler groups, are not a mere issue of real estate. In principle, everyone should be allowed to live wherever they wish. But that is not what happens under Israeli sovereignty. Here, Jews are given that right, while Palestinians are confined to select spaces and are even losing those spaces rapidly. Nowhere is this more acute than in Jerusalem, where Palestinian lands are confiscated, residencies revoked, houses demolished, and families pressured out of their homes to pave the way for Jewish-only residences and state infrastructures.

These practices are not occurring in Silwan alone. In the “E1” area east of Jerusalem, the Jahalin Bedouin will be forcibly evicted from their lands in order to close the gaps between Israel’s major Jewish settlement blocs. In the Jerusalemite village of Issawiya, Palestinian residents will lose acres of their land for state plans to build a garbage dump and a national park. Even Arab and Armenian Christians living in the Old City face frequent harassment by Jewish settlers, including vandalizing private property and spraying racist slogans on the walls of their buildings. These actions are protected by security forces, praised by government officials and defended by high-profile figures like Wiesel. This racial asymmetry is why Netanyahu’s defense of the Silwan takeover — that he could not possibly tell any Jewish or Arab family not to live where they please — is a farcical argument for him to make. 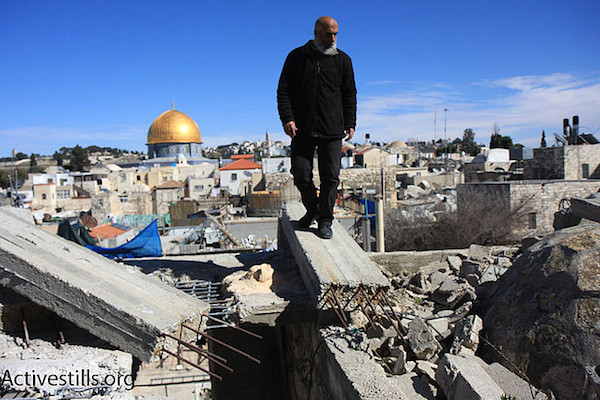 The ruins of a Palestinian home demolished by Israel in the Old City of Jerusalem. (File photo by Anne Paq/Activestills.org)

The events in Silwan are hardly the first time that Wiesel has displayed his allegiance to such groups (for example, he is also an advisory board member of the right-wing NGO Monitor). But seeing him again openly lauding such a movement only increased my existing frustration with his lack of moral compass on this issue. The same man who speaks out against racist attacks in many parts of the world inexplicably becomes a mouthpiece for them in Israel. Because of discriminatory policies like those supported by Wiesel, Jerusalem today has lost much of its preciousness and moral weight. The city’s atmosphere instead is one of hostility and self-righteousness, with ideological obsession taking precedence over multicultural preservation.

Wiesel is thus part of the wider, serious problem behind the city’s deteriorating fate. Beyond the issue of protecting the rights of non-Jews to their homes in Jerusalem, is the need to challenge the very belief that such a historic and holy place can belong to one group more than another. Both Israelis and Palestinians are guilty of this, and it has to stop. The racist objectives that control the city today come from organizations like Elad, the Israeli government, and Israelis from both the Left and Right who believe that Jerusalem should remain the “eternal undivided capital” of the Jewish people alone. On the opposite spectrum is the belief of many Arabs and Muslims in Palestine and the region who think that Jerusalem must be “liberated” under a nationalist or Islamist flag. Meanwhile, the many Palestinians and Israelis who envision Jerusalem as a city of true diversity and equal rights, as it is meant to be, are pushed aside by the noise of nationalism and religious fanaticism — to which Wiesel appears to be contributing.

As such, I have nothing but disappointment for the writer of that powerful book I read in high school. Elie Wiesel, who knows too well the hideousness of racist ideologies, should do better than to blindly succumb to them himself. In this conflict, he is not a messenger for mankind, but a messenger for one ethnic group’s victory over others. The Jewish people deserve their history, safety and identity in this land as much as Christian, Muslim and other Palestinians, especially in the shadows of anti-Semitism and the Holocaust. But they do not deserve it by uprooting and oppressing another people to achieve their goals, and by claiming superiority of rights by virtue of their race or faith. That is the very evil that men and women like Wiesel should be fighting against, not promoting. That is one of the most important lessons I took from reading Night. I hope that its author will learn the same.

Amjad Iraqi is a projects & advocacy coordinator at Adalah – The Legal Center for Arab Minority Rights in Israel. The views in this article are the author’s own and do not represent Adalah.