At the progressive Jewish conference of the year, a Palestinian politician wins rousing applause and a former U.S. presidential candidate talks of the injustices caused by the founding of the State of Israel — both seeds of hope for someone who wakes up every day to news of home demolitions and land grabs. 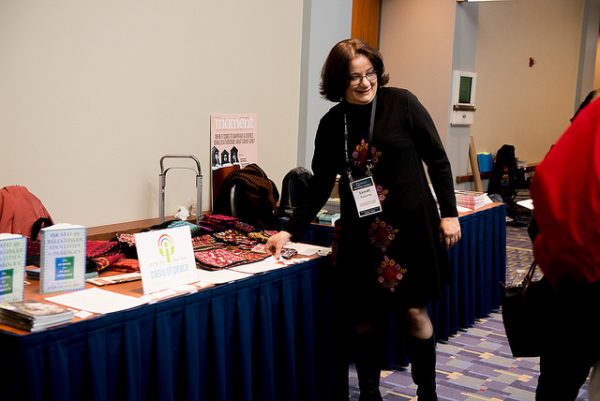 Several days ago I returned from 10 days of traveling in the United States. Throughout my stay I met many Jews, some more progressive and liberal than others. I met Americans of Palestinian, Syrian, Iraqi, and Moroccan origin. My journey through Trumpland came to an end with the annual J Street conference in Washington D.C.

New York has its own tempo. People are always hurrying, with every color and size mixing in Times Square. One can always recognize the locals, who stampede their way through the crowds in their suits, a thermos in one hand, a smartphone in the other.

Perhaps my tendency to stick my nose in other people’s business is problematic, but this does not mean the Big Apple has the legitimacy to beat me down.

A man in Times Square pushed me, causing me to fall flat on my face and break my nose. In one fell swoop I found myself bleeding all over my new jacket, as I laid on the sidewalk. A homeless woman helped me up, and friends who were there accompanied me in the ambulance on the way to the hospital.

At the hospital, a doctor who looked over my papers saw the word “Israel.” He entered the room excitedly and told me: “Don’t worry, I’m also Jewish and you’re in good hands. Say, what do you think about Trump? Are you for one or two states?”

I looked at this excited redhead as I writhed in pain, and told him: “Trump is great. I hope he falls on his face just like me. Please just fix my nose. By the way I’m Palestinian and you’re also in good hands!”

Start talking about the occupation

We reached the J Street conference with one goal in mind: to take part in the progressive Jewish conference of the year. I wanted to meet leftists of all stripes in order to get them interested in the issues facing Palestinian women in Israel, as well as Arab-Jewish relations. Reaching that goal, especially with a broken nose and broken English, was not especially easy. 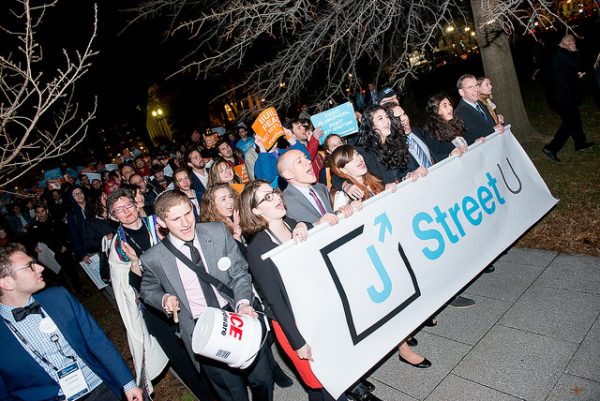 Very quickly I understood the rules of the game at the conference. You must start every conversation by talking about the occupation. From there, everything gets easier. For instance, we sold embroideries by Palestinian women at our table, and instead of talking about the story of every bag or the difficulty of embroidery, I simply said: “These were made by women under occupation.” This, of course, was factually correct. From there I would continue to talk about the racist Citizenship Law.

There were approximately 3,500 participants in this year’s conference, the majority of them young people, some of whom had taken part in a large protest outside the White House just a day earlier, calling for an end to the occupation and in support of a two-state solution.

Some of the conference’s panels were boring and shallow, while others were interesting and challenging. I was disappointed with some of the Palestinian speakers, although others were excellent. I noticed that the Palestinians from Israel did a great job, while Palestinians from the West Bank were far more cautious and restrained, this despite the fact that the job expected them to give more of a fight, in light of their situation. In my eyes, this could be because of our experience with Israeli Jews. Something that allows us to understand a Jewish crowd.

The second day of the conference included a large panel with representatives of Israel’s “center-left” parties, followed by a speech by Joint List Chairman Ayman Odeh. The auditorium was completely full, Odeh and his aides were stressed out, and the Arab participants sat in the front rows to cheer him on. Haaretz’s Aluf Benn chaired the panel, which included Meretz’s Tamar Zandberg, Labor’s Omer Bar-Lev, Akram Hasson from Kulanu, and two Americans.

Odeh was welcomed with a standing ovation. It was the first time I had ever heard him speak English, and I appreciate his courage. He came prepared.

More can be done

Odeh used the first half of his speech to talk about home demolitions and the violence at Umm al-Hiran, as well as the incitement coming from the government. He spoke about how Arab society has coped with Israel’s right-wing governments, and especially the current one. He smartly criticized the Zionist Union as spineless. Perhaps it finally helped break down the myth of Labor as “left-wing.” He then spoke about ending the occupation and establishing a Palestinian state based on ’67 borders, and described his vision for promoting democracy, equal rights, and social justice for all Israeli citizens. 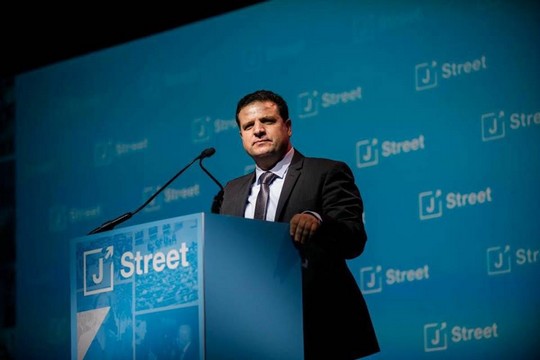 There were, however, two things glaringly missing from Odeh’s speech. The first was the issue of Jerusalem, Israel’s actions there, and the right of its Palestinians to their land — at least in the eastern part of the city. This was a shame, since much of the conference focused on Trump’s stated intention to move the U.S. Embassy to Jerusalem.

The other aspect sorely missing from his speech was a clear message — from the leader of Israel’s Palestinian society, who views himself as the alternative that can promise democracy in Israel — to Jewish progressives who cannot stand the idea of a Trump-Netanyahu alliance. Thousands of young people, most of them Jewish Democrats, were looking for some guidance. They didn’t want another representative of the Arab public to talk about why the situation isn’t so great.

I wanted to tell the people in the crowd a few things: 1. Come visit Palestine and Israel, make connections with the right people. Stay informed and never believe the “alternative facts” that Israel feeds the world. 2. Under Trump, every day is a struggle for Jewish Americans who believe in real democracy, human rights, and social justice. Under Netanyahu, we are already in a daily struggle. Take it from us: raise your voice against oppression and injustice. If we haven’t given up after nearly 70 years, you surely cannot give up now.

But Odeh did not say these things, and that is a shame. But it’s not the end of the world. The message, that there is a leader of a different kind, who is relatively unknown to Jews, was brought home. The crowd was excited and cheered for several minutes.

On the final day of the conference, I was only able to listen to Bernie Sanders give his speech and an interview with Madeline Albright. Two Democrats, one of whom was a high-ranking government official who did very little to end the occupation, and the other a former presidential candidate who was close to actually changing things. 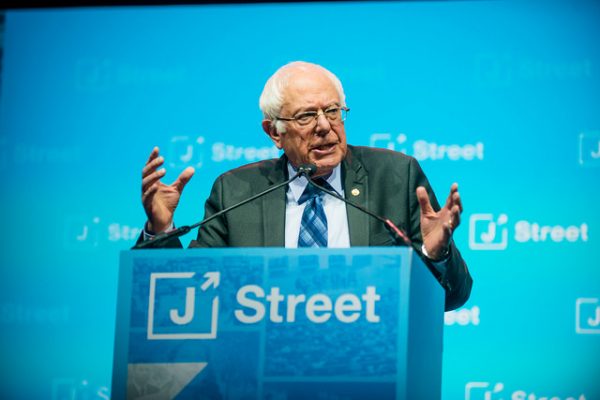 Both of them caused me to laugh about Trump and his policies. Sanders was far more daring in his criticism of Israel, speaking openly about the pain and injustices that were inflicted upon Palestinians with the establishment of the Jewish state, saying the issue must be rectified in order to move on. Albright gave a summary of her political career and her position on immigrants as a native of Czechoslovakia, and the daughter of a diplomat who became a refugee in London before gaining Israeli citizenship.

And while I was happy the word “Zionism” did not take center stage, this was a conference put on by people who won’t give up on the idea of a Jewish and democratic state. They still do not see the inherent contradiction in this idea. On the other hand, if thousands of these Jews were activists in Israel, then maybe, just maybe, we wouldn’t be led by people like Netanyahu, Bennett, and Liberman.

I came out of the J Street conference feeling encouraged by the vibrant and energetic resistance to Netanyahu and Trump. Perhaps the organizers are not aware how meaningful this bit of hope is for a Palestinian woman who wakes up every day to news of home demolitions, annexation of the West Bank, and land-theft laws.