Palestinians based in Ramallah are giving little attention to the issue of prisoners and the recently announced prisoner exchange between Hamas and Israel. This may be a product of apathy and politicization of the issue 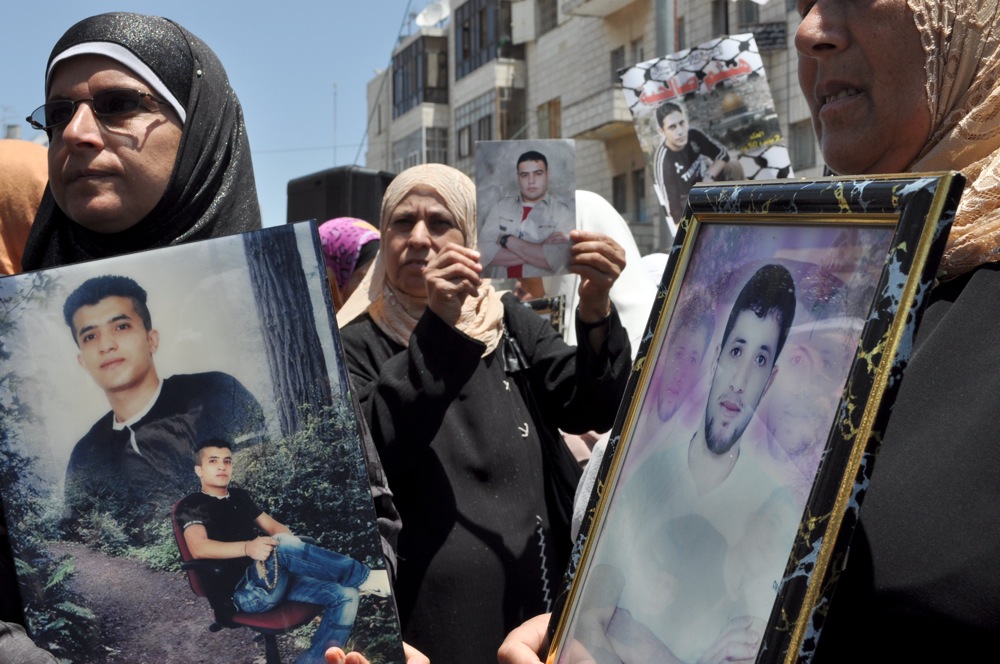 Despite what some might have imagined would be a joyous celebration for Palestinians, the imminent release of over a thousand prisoners provoked little public reaction on the streets of Ramallah. People largely went about their business Wednesday morning as the news from the night before settled in among other issues of the day.

Walking into a downtown cafe to get my morning coffee, the proprietor only shrugged his shoulders when I asked his opinion on the matter. “I have too many of my own problems to think about at the moment,” he noted offhand.

Less than fifteen meters away a couple tents laden with pictures of prisoners are set up on the sidewalk of one of Ramallah’s main squares. Only a handful of activists sit in plastic chairs discussing the low turnout, and plans for the day’s activities. One girl points out to me a photo of her brother, imprisoned by Israel on a 30-year sentence.

The organizers had thought many more people would join them in the day’s general and hunger strikes planned in solidarity with Palestinian prisoners, who have been on a hunger strike in Israeli jails for over two weeks. One man remarks that the prisoner exchange dampened the momentum behind the solidarity strike.

“I think the exchange is good,” says Hasan Kharijeh, whose sister will likely be released  as part of the deal. “But there are many more people that will remain in prison that need our support.”

Activists will head over to the Red Cross building in Ramallah, and are expecting a much bigger turnout there, especially when prisoner families join in. Yesterday, there were reportedly a thousand people collected in front of Ofer prison located in the West Bank.

Ramallah is a far cry, however, from the thousands that reportedly flooded the streets in Gaza last night as Hamas celebrated their victory. Prisoners are supposed to constitute an issue that cuts across partisan lines, since Israel arrests Palestinians without regard to color or stripe. Every Palestinian family has or has had a member (and likely many more) in Israeli jails.

Yet the political motivations behind the exchange may also be playing a factor in people’s public responses. Security officers from the Palestinian Authority–which was sidelined by the Hamas deal– look out onto the group of protesters in Ramallah. Plain-clothed members of the intelligence service can be seen on each of the corners of the square where the tent protesters had set up shop.

“They want us to know they are keeping an eye on us,” says Kharijeh, pointing out frequent intimidation by security forces. “The PA is against our collective response to prisoners. They don’t like us taking a stand on these issues.”

It is apparent that what was once an issue of solidarity for Palestinians, has also become politicized in some respect.

“It is clear this is a strategy by Hamas to control the situation and pull support away from [Mahmoud] Abbas,” says Addie Awwad, from the West Bank town of Birzeit, who notes that overall the exchange is good for Palestinians. “After a failure of their policies in the past, Hamas wanted to drag the general public opinion back to them.”

Awwad’s thoughts echo prevailing suspicions about why the deal was struck at this particular time.  Some speculate Hamas and the Israeli government are trying to undermine Abbas at a time when he is garnering domestic and international support for his statehood bid. Others believe the embattled Israeli Prime Minister Benjamin Netanyahu is staving off his political adversaries by chalking up a win on a popular issue.

Others like Kharijeh believe that the Israelis are trying to undermine the prisoner’s hunger strike. “If some prisoners start dying in the Israeli prisons, it will spark another intifada,” says Kharijeh. “The Israelis know this.”