Israel’s Supreme Court ‘recommends’ that settler organization Elad and the JNF withdraw their petition to take control of the property. 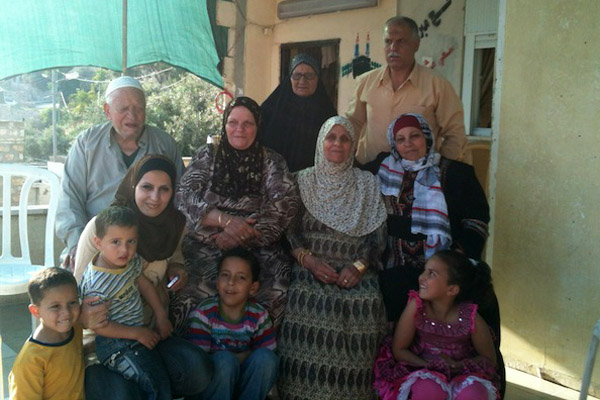 The Ruweidi family outside their home in Silwan May 9, 2012 (Photo: Moriel Zecher-Rothman)

In the context of the absurd reality of Israel’s occupation, last Thursday brought a glimmer of good news. Attorneys for the Jewish National Fund (JNF) and settler group Elad withdrew their petition seeking to expel the Ruweidi family from their East Jerusalem home. Elad’s lawyer, Eitan Peleg, withdrew the following a recommendation made by the Israeli Supreme Court, casting doubt on Elad’s and the JNF’s claims to the property.

Peace Now settlement watch director Hagit Ofran told +972 that that the house will now officially and formally recognized as belonging to the Ruweidi family, after 25 years of attempted confiscations by Elad and its allies in the NGO sector and government.

It is important to understand the absurdity of this situation. Firstly, the application of the Absentee Property Law (which allows the state to confiscate the property of Palestinian refugees from 1948 and 1967) in East Jerusalem is nothing more than a tool of expansionist and discriminatory takeover: it is used exclusively by Jews against Palestinians, never allowing Palestinians to reclaim their property that is now in Jewish hands. Secondly, Elad’s attempts to prove that the Ruweidi home was “absentee property” were based on nothing more than false testimony from a single Palestinian man who had no connection to the family whatsoever.

In the fall of 2011, the JNF’s role in facilitating the eviction of Palestinian families from their homes in Silwan was spotlighted by a campaign to prevent the eviction of the Sumarin family. The Sumarin family home is immediately adjacent to the City of David tourist site, which is operated by Elad under a contract with the State.

Moriel Rothman-Zecher is an American-Israeli writer and member of the All That’s Left anti-occupation collective. He is on Twitter at@Moriel_RZ and blogs at www.thelefternwall.com.