A solution to the ongoing displacement of Palestinians cannot be based on fruitless negotiations, but rather on the full implementation of international law.

By the end of 2013, an estimated 7.4 million (66 percent) of the global Palestinian population of 11.2 million was made up of forcibly displaced persons. This week we mark 66 years since the Nakba, the most central part of the story of how Palestinians became refugees. However, we can point to five distinct periods of forced displacement that transformed the Palestinians into the largest, longest-standing unresolved refugee case in the world today. That process has not ended.

Through a combination of state practices, laws and policies, Israel is displacing and dispossessing of the indigenous Palestinian population on both sides of the Green Line. The primary purpose of that discriminatory regime is to control the maximum amount of land with the minimum amount of indigenous Palestinians residing upon it. The main components of this structure serve to violate Palestinian rights in areas such as nationality, citizenship, residency, and land ownership, and continues today. 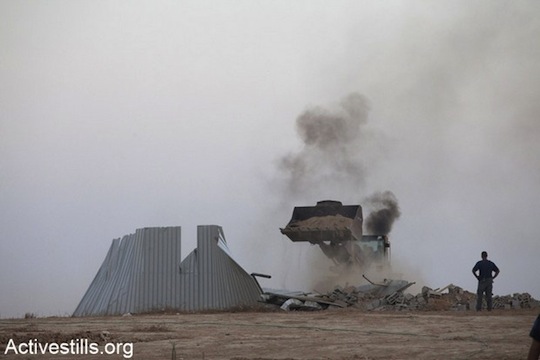 This process is carried out today in the form of the overall policy of ‘silent’ transfer, and not by the mass deportations witnessed in 1948 or 1967. The displacement is silent in the sense that Israel carries it out while trying to avoid international attention, displacing small numbers of people on a weekly basis. It is to be distinguished from the more overt transfer achieved under the veneer of warfare in 1948. For example, Israeli-administered family unification procedures are the only available avenue for Palestinians who find themselves separated from their families. An 11-year-old “temporary” law prevents Palestinians with West Bank or Gaza Strip IDs from gaining Israeli citizenship or permanent residency by way of marriage to a Palestinian citizen of Israel or Palestinian resident of Jerusalem. It only allows for granting permits to reside or stay in Israel for purposes of medical treatment or fixed-term employment for a period which cannot cumulatively exceed six months.

The motivation underpinning this policy is revealed through consideration of statements made by Israeli officials. In May 2002 – just months before the new law was unveiled – the then minister of interior, Eli Yishai, declared that between 1993 and 2002, roughly 140,000 Palestinians had moved to Israel or East Jerusalem by way of family unification permits. Yishai went on to stress the need for legislation that would “help to halt the phenomenon and maintain Israel’s nature as a Jewish and democratic state in the long run.”

Following the implementation of the law, human rights organizations petitioned the Israel High Court to have the legislation overturned. In rejecting this petition, Justice Asher Grunis commented that “human rights are not a prescription for national suicide.” This reasoning is instructive, demonstrating that the driving force behind this ethnicity-focused policy is rooted not in security concerns, but in demographic sensitivities. Tragically, family unification has become yet another tool deployed by the State of Israel to protect the Jewish majority within its borders, with the result that thousands of Palestinians face a deeply troubled and uncertain future.

Therefore, a holistic consideration of Israel’s approach to family unification – both for Palestinians residing in Israel and those residing within the occupied territories reveals a clear and highly discriminatory pattern of behavior, underpinned by the motivation to reduce Palestinian presence within this territory.

The role of international law

Indeed, review of the historical background and contemporary reality surrounding family unification paints a picture of ever-tightening restrictions on the ability of Palestinians to enjoy the most basic of human rights, that of a family life. This steady erosion of democratic principles has ultimately resulted in many thousands of Palestinians suffering great hardship and emotional distress which intrudes on all aspects of life. As such, Israel is turning family unification into a tool for forced population transfer which is not restricted to physical force:

[…] but may include threat of force or coercion, such as that caused by fear of violence, duress, detention, psychological oppression or abuse of power against such person or persons or another person, or by taking advantage of a coercive environment. 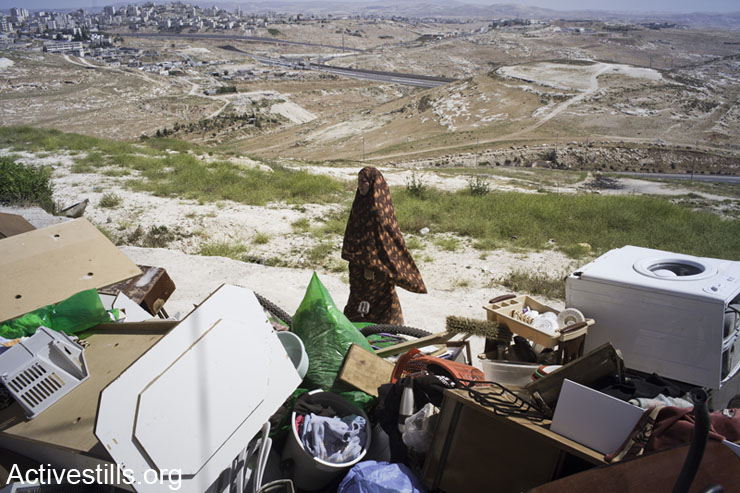 A solution to the ongoing colonization and oppression of the Palestinian people should be found through a strict rights-based approach. Such rights are not guaranteed through political negotiations, but through full adherence to and implementation of international law and rights.

Amjad Alqasis is a human rights lawyer, legal researcher and the International and Legal Advocacy Program Coordinator at BADIL Resource Center for Palestinian Residency and Refugee Rights. He published several articles and books on various topics concerning the Palestinian-Israeli conflict.

For more +972 coverage from Nakba Day:
Who’s afraid of the right of return?
Two Palestinians killed in Nakba Day protest
Liberating Israeli Jews from the dark legacy of the Nakba