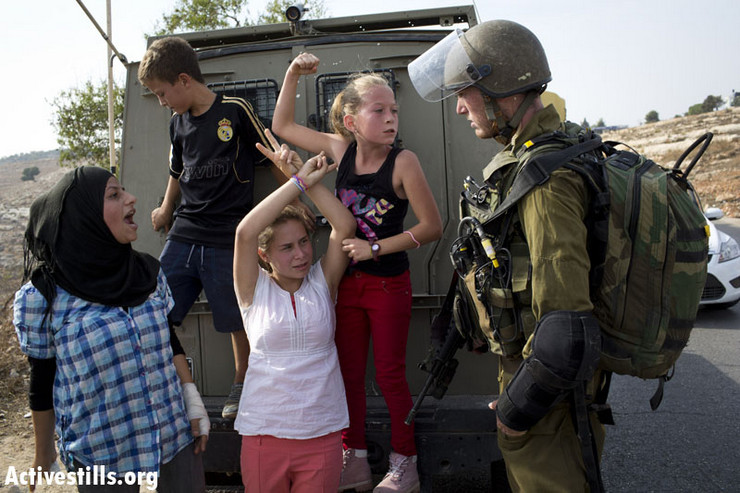 Children from Nabi Saleh try to block an Israeli military jeep after it stormed into the village, arresting five activists, among them a 15-year-old Palestinian boy, the brother of two of the children seen in the photo, during the weekly demonstration against the occupation in Nabi Saleh, West Bank, November 2, 2012. (photo by: Oren Ziv/Activestills.org) 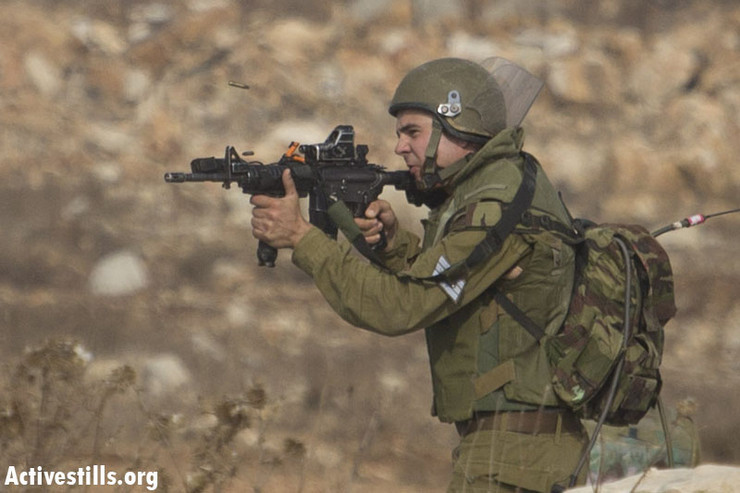 An Israeli soldier shoots live ammunition directly at protesters during clashes in the weekly demonstration against the occupation in Nabi Saleh, West Bank, November 2, 2012. (photo by: Oren Ziv/Activestills.org) 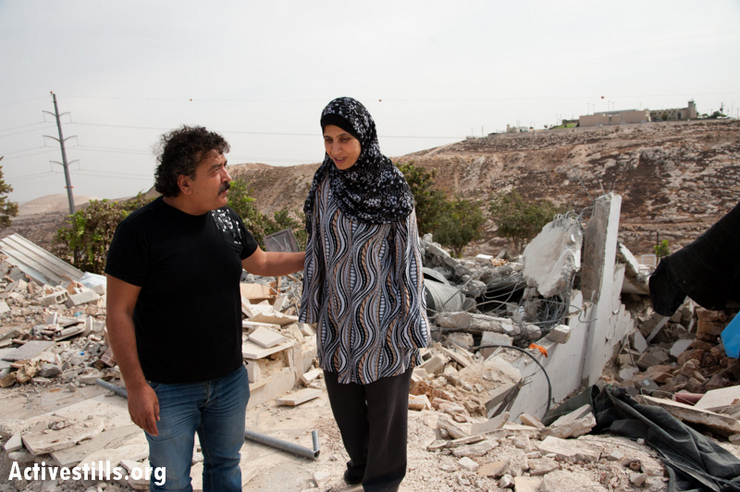 On November 5, 2012, Salim and Arabiya Shawamreh stand among the ruins of their family’s house, demolished for the sixth time four days earlier. First built in 1994, the last previous demolition took place on January 23, 2012. It was rebuilt this summer by international, Palestinian, and Israeli volunteers organized by the Israeli Committee Against House Demolitions, which has used the house as a peace center since 2003. (photo by: Ryan Rodrick Beiler/Activetills.org) 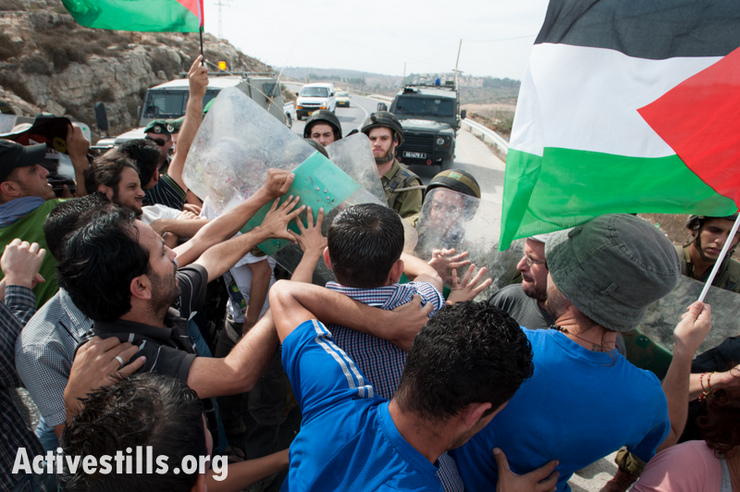 Palestinians, accompanied by international and Israeli activists, struggle with heavily armed Israeli soldiers attempting to push them out of the road during a weekly demonstration against the occupation and separation wall in the West Bank village of Al Ma’asara, November 2, 2012. The Israeli separation wall, if built as planned, would cut off the village from its agricultural lands. (photo by: Ryan Rodrick Beiler/Activestills.org) 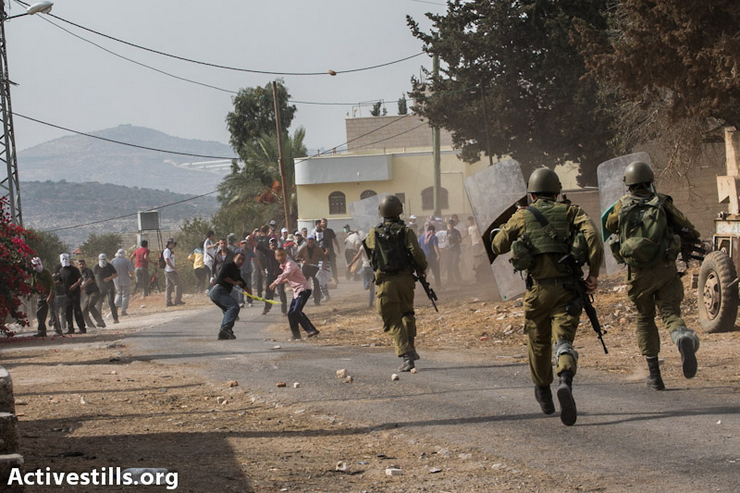 Protesters clash with Israeli soldiers during the weekly demonstration against the occupation, Kfer Qaddum, November 2, 2012. (photo by: Yotam Ronen/ Activestills.org) 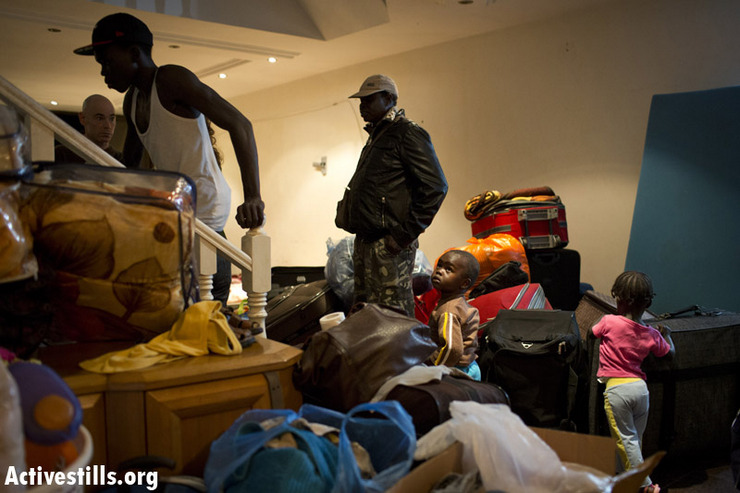 South Sudanese families prepare to leave their apartment, after one member was arrested during a raid of the Israeli immigration authorities, in the city of Bat Yam, near Tel Aviv, November 6, 2012. The apartment was the shelter for the last eight South Sudanese families living in Israel after a mass deportation took place last summer. After the raid, the families started to leave the apartment, in fear of future arrests. (photo by: Oren Ziv/ Activstills.org) 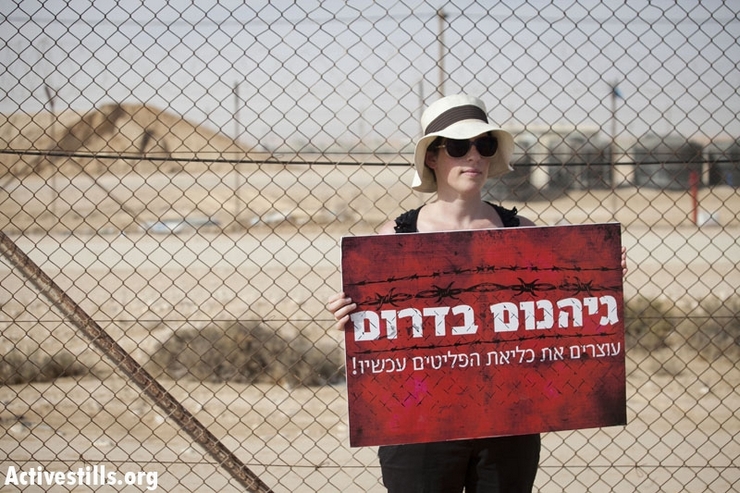 An Israeli activist holds a sign reading “Hell in the south: Stop refugee imprisonment now!” outside an army base turned into a prison for asylum seekers under construction near the current Saharonim prison in the Negev Desert, near the Egyptian border, November 1, 2012. Israel is building a complex of prisons that will be able to house 10,000 asylum seekers. Once completed, it will be the biggest prison for immigrants in the western world. (photo by: Shiraz Grinbaum/ Activestills.org) 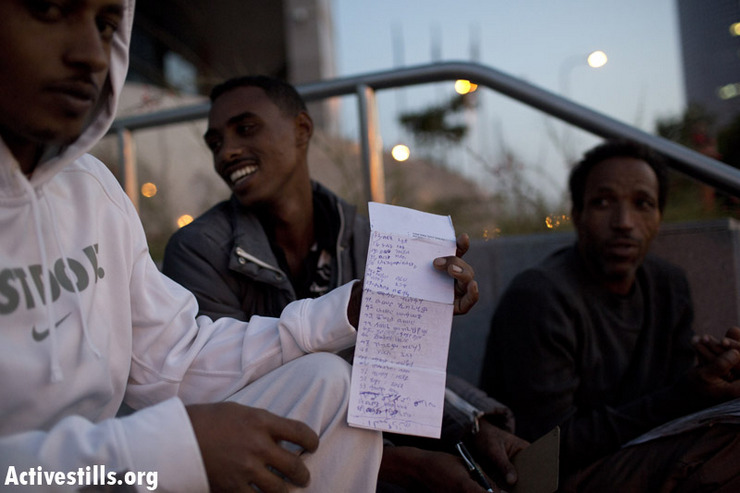 An African asylum seeker shows a list of names of some of those waiting to renew their temporary visa, outside the Israeli Ministry of Interior’s offices in Tel Aviv, early morning, November 1, 2012. Asylum seekers gather from midnight outside the offices to be first in line. Only 60-70 visas are renewed each day, meaning many have to return the next day to repeat the process. Unlike Israelis coming to the offices, the asylum seekers are not allowed into the building. An officer comes out and takes the documents, leaving the applicants outside, sometimes waiting for hours. The 2AS5 temporary visa must be renewed every 3 months, regardless of the amount of time a person has been living in Israel. The temporary visa is their only legal document issued by the Israeli government, and can be revoked at any time, often without explanation. (photo by: Oren Ziv/ Activestills.org) 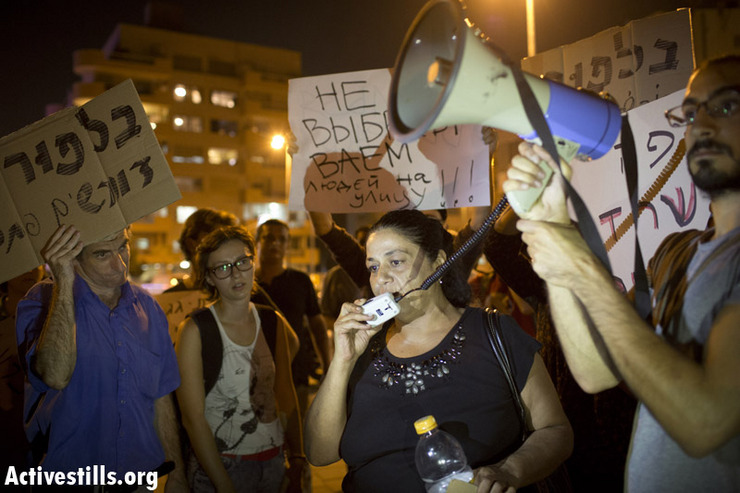 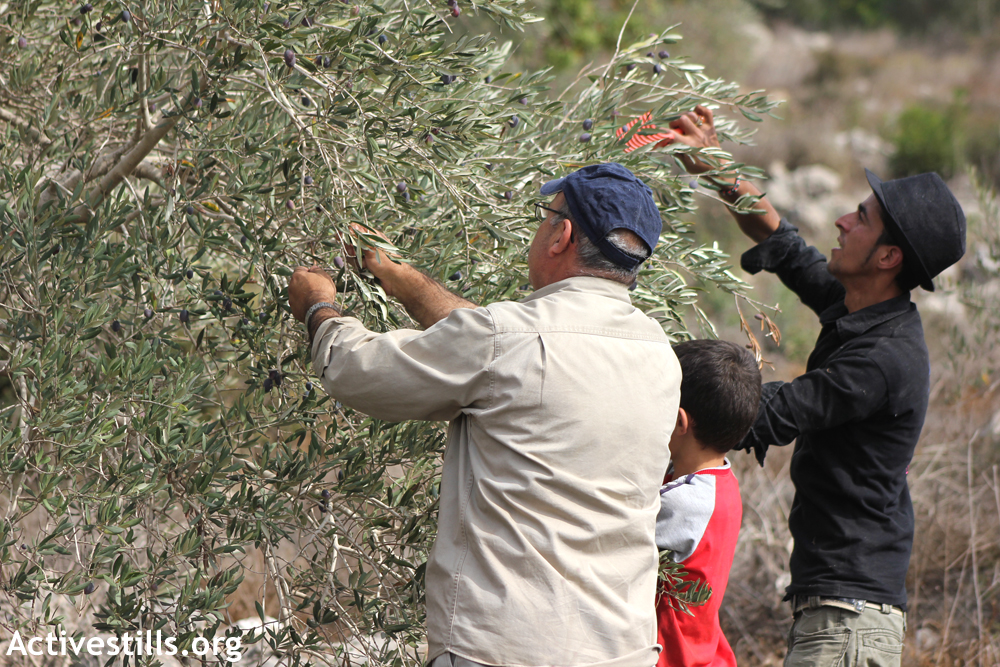 Palestinians pick olives during the olive harvest season in the West Bank village of Deir Istiya, near Salfit, November 2, 2012. (photo by: Ahmad Al-Bazz/Activestills.org) 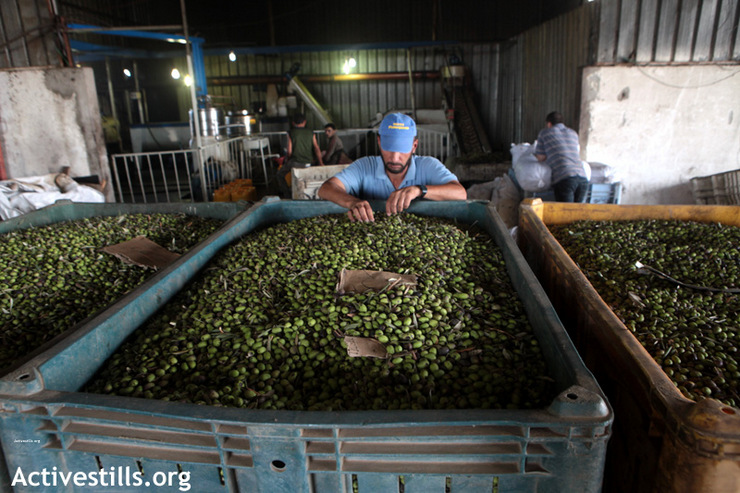