Palestinians call for the release of their relatives from Israeli jails, Al-Araqib residents recover from another demolition, and Occupy Wall Street marks its one-year anniversary. Activestills images tell the stories of the week. 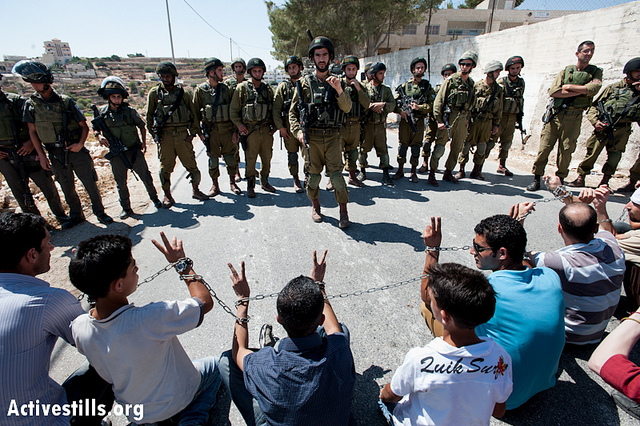 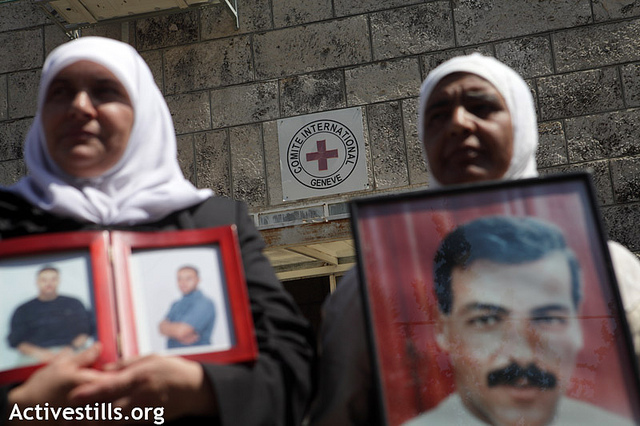 Palestinians hold posters depicting their jailed relatives during a protest for the release of Palestinian prisoners from Israeli jails in front of the office of the International Committee of the Red Cross (ICRC) in the West Bank city of Bethlehem, September 18, 2012. The protest was organized on the same day that Palestinian prisoners launched a one-day hunger strike in solidarity with four prisoners currently undertaking a prolonged strike action. On that day, Samer al-Barq was on his 120th day of renewed hunger strike, Hassan Safadi was on renewed hunger strike for 90 days, and Ayman Sharawna had refused food for 80 days. (photo: Anne Paq/Activestills.org) 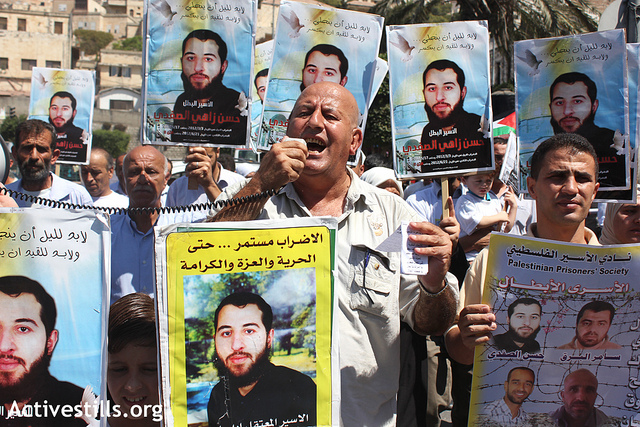 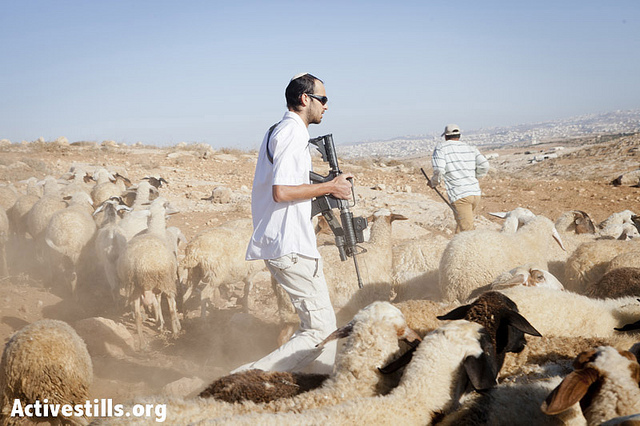 An Israeli settler from the settlement outpost of Mitzpe Yair chases away the flock and threatens the shepherds of the West Bank village of Gwawis, September 18, 2012. He is holding a M-16 rifle issued to him by the Israeli army as part of his paid job as a security coordinator. The law states that he is not allowed to take any actions outside the settlements’ borders. Though all Israeli settlements in the West Bank are considered illegal under international law, Mitzpe Yair is illegal even under Israeli law. (photo: SG/Activestills.org) 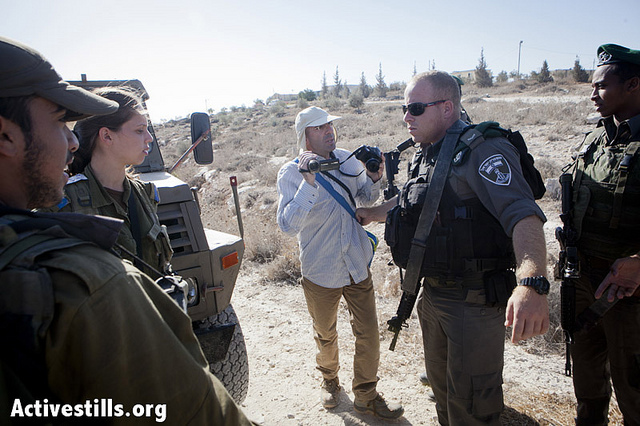 An Israeli activist being asked to leave the place of the attack and stop filming by an officer of the Israeli army forces, seen on September 18, 2012. (photo: SG/Activestills.org) 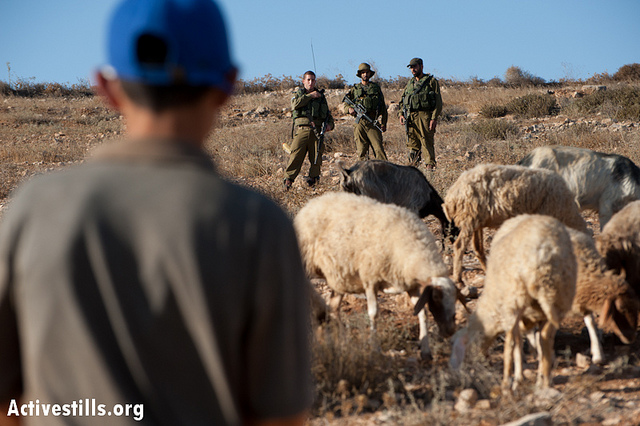 A Palestinian shepherd boy faces Israeli soldiers while grazing his flock on land near his village of Mufaqara, September 18, 2012. The soldiers guard the Israeli settlement outpost of Avigail and routinely deny Palestinians’ legal right to graze on adjacent land. While all Israeli settlements in the West Bank are considered illegal under international law, such outposts are considered illegal even under Israeli law. (photo: Ryan Rodrick Beiler/Activestills.org) 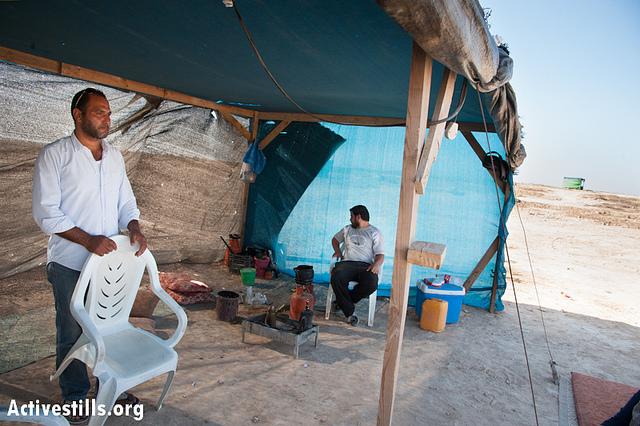 Residents of the “unrecognized” village of Al-Araqib keep watch in makeshift structures built in order to maintain a presence on their village lands, September 19, 2012. Such structures were demolished the previous week on September 12 for the 42nd time in the past two years. The village is located in the southern Negev (Naqab) Desert and its residents are citizens of Israel. The Jewish National Fund intends to plant a forest where the village once stood. (photo: Ryan Rodrick Beiler/Activestills.org) 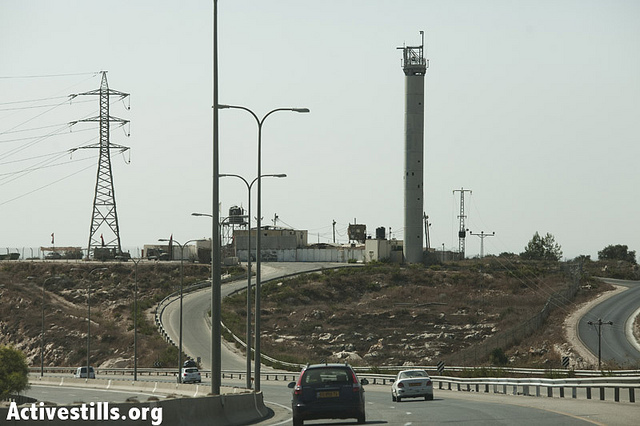 An Israeli army watchtower seen from road 443 in the West Bank, on September 16, 2012. Road 443, built on occupied territory and largely inaccessible to Palestinian cars without an Israeli license plate (which is the case for all cars owned by Palestinians residing in the occupied territories), connects Jerusalem to the center of Israel and effectively cuts off a section of the West Bank from the rest of the Palestinian territories. With thousands of Israelis taking advantage every day of this shorter route from Tel Aviv to Jerusalem and seeing no problem with using a segregated road often flanked on both sides by a concrete wall, Road 443 is a telling symbol of how normalized the occupation has become in Israeli society. (photo: JC/Activestills.org) 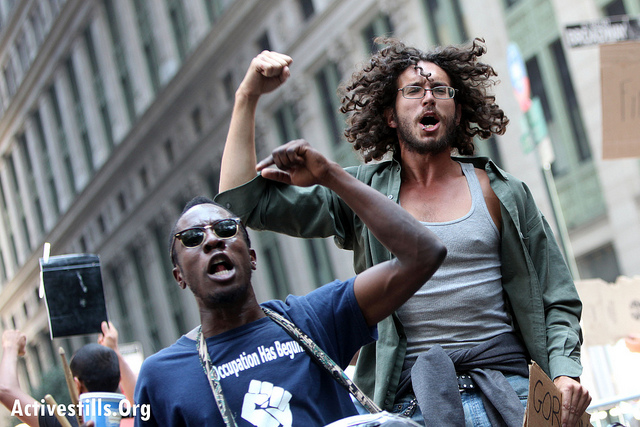 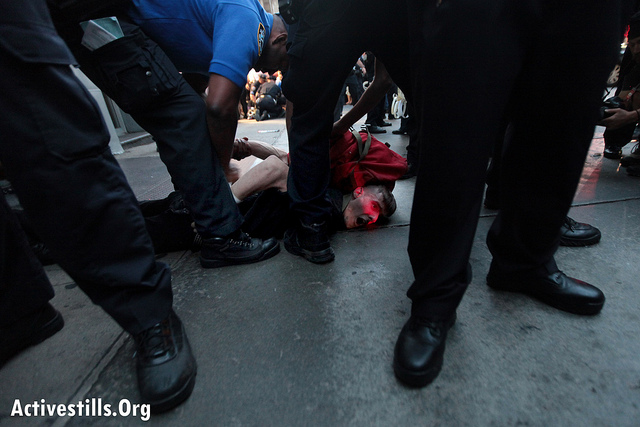