From unarmed protesters gunned down in Gaza to hope snatched away from refugees, the human suffering this past week has been overwhelming. 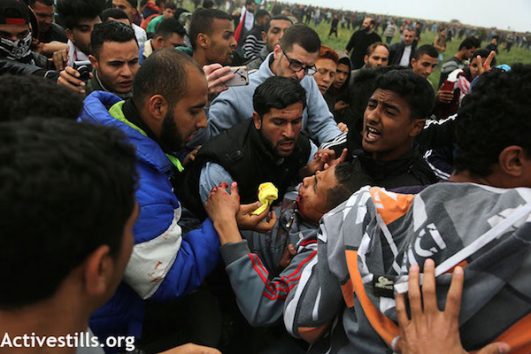 This past week has been one of the more heartbreaking recent periods in Israel-Palestine. First, and this seems surreal to write for the umpteenth time, the Israeli army dispatched 100 snipers to open fire into a crowd of unarmed protesters last weekend, shooting over 700 people, killing at least 16. Some were shot in the back while running away.

Not only have the country’s leadership, its military, and its cheerleaders been completely unapologetic and dispassionate about what some have dubbed Gaza’s Passover Massacre, they have been brazenly shouting — seemingly to themselves — that it was actually the right thing to do. The outcome was not only predictable; it was the plan all along.

Pure heartbreak. And sorrow. And shame.

Then there is the way that Benjamin Netanyahu toyed with and ultimately broke the hearts of tens of thousands of Eritrean and Sudanese asylum seekers — people who fled horrors most of us should be relieved we cannot imagine, and many of whom endured torture and other unimaginable horrors just to reach Israel. To find relative safety and security. 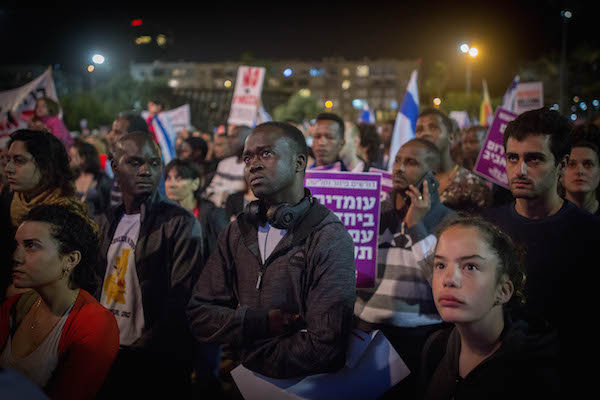 Monday night Netanyahu announced a deal that would have found a decent and dignified resolution for almost all of the tens of thousands of African asylum seekers in Israel. The mass, forcible deportation of refugees to Rwanda is off the table. Sweetening the deal, the UN was to work to resettle over 16,000 Eritrean and Sudanese nationals in Western countries, and Israel would grant legal status to an equal number of refugees who would be allowed to remain.

It was hard to imagine a better outcome for the tens of thousands of men, women and children who have been living in limbo, in fear, subject to crueler and crueler restrictions on their ability to live even semi-normal lives.

And then, just as quickly, just as much out of thin air as the solution had appeared, it was yanked away. Almost like a sick joke. While the world is facing its biggest migration and refugee crisis since the Second World War, Israel, a country of 8 million people, a country comprised almost entirely of refugees of some form or another, declared it is unwilling — not unable, but unwilling — to give refuge to a meager 16,000 people.

It is so painful because of how quickly the hope was shattered. The cost of doing the right thing had been so low. Uninterested in political analyses and explanations I find myself dumbfounded by the complete absence of compassion — the complete disregard for the lives of human beings whose only crime was being born with the wrong skin color, on the wrong side of a border, under the rule of the wrong dictatorship or military occupation, at the wrong time in history.

This is about not politics. This is not about “demographic threats.” These are people. People who literally walked across the desert to escape slavery and slaughter, only to be thrown into prison camps and be told that not a single one of them can stay. In Gaza, regular people trapped inside the most not-normal life, kept captive inside the world’s largest open-air prison by no fault of their own, were gunned down for no other reason than that they had the audacity of demanding they be seen and heard.