The management at a West Bank auto repair shop tried to paint Hatem Abu Ziadeh as a ‘security threat’ for organizing other workers. Palestinian workers in settlements are particularly vulnerable to labor abuses and employer retaliation.

Employees at the Zarfati Garage in Mishur Adumim vote to strike on July 22, 2014. (Photo courtesy of Ma’an workers union)

The Israeli settlement business that arranged for a Palestinian man’s work permit to be revoked on false security charges because he was trying to unionize other workers will have to give him his old job back, Israel’s National Labor Court affirmed this week.

Hatem Abu Ziadeh, a 45-year-old Palestinian from the Nablus area, worked for an auto repair shop, located in a West Bank settlement industrial zone, for 17 years. In 2013 he led the unionization of workers at the shop alongside with the help of Ma’an Workers Advice Center (WAC). In the summer of 2014, during the last war in Gaza, Abu Ziadeh was fired for numerous reasons, the most alarming was that he was a “security threat” — the shop’s owners alleged that he sabotaged a military vehicle that was being fixed in the shop, accusing him of putting soldiers’ lives in danger. Police ultimately found that the claims were baseless, but the Zarfaty garage refused to give Abu Ziadeh his job back.

Palestinian workers in Israeli settlements are particularly vulnerable to abuse, exploitation and retaliation by their employers. They are not protected by Palestinian labor unions and the largest Israeli union does not represent them either. Furthermore, they must rely on entry permits from Israeli military authorities, a permit that is dependent on employment. 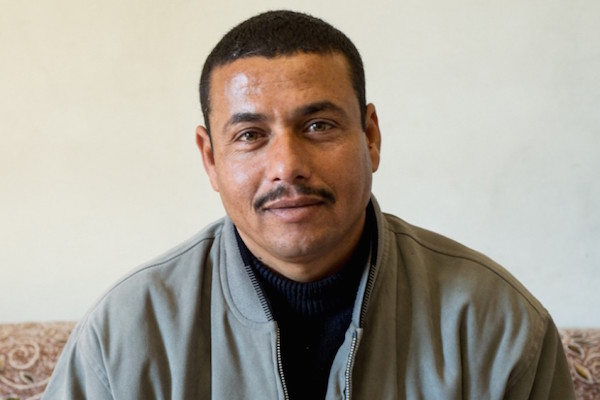 A lower court ruling from two months ago, which the national labor court upheld this week, harshly condemned the shop’s management and ruled that it had falsely accused Abu Ziadeh of committing a security offense. “This issue makes one question the real basis for his dismissal,” wrote Judge Eyal Avrahami.

According to the ruling, the managers of Tzarfati “accused” Abu Ziadeh of handing out Palestinian flags and maps of Palestine to his fellow workers, although this was never proven, “and even if proven, their significance would be unclear. It seems that raising them before us was intended solely to tarnish Hatem’s image and deny him legitimacy,” wrote Avrahami, adding that his pre-dismissal hearing was done unlawfully.

Avrahami also notes the importance of returning Hatem to work, as well as compensating him for his dismissal. The judge also wrote that the shop’s management has used various means to prevent unionization over the past few years, including through making workers sign papers canceling their union membership, openly condemning the union, and even filing a complaint against WAC head, Assaf Adiv (the police did not open a case and even apologized the Adiv).

The court found that Abu Ziadeh’s dismissal was meant to harm the unionization process while there was a crisis in the collective bargaining process with the workers.

WAC also demanded that Abu Ziadeh be compensated for the wages he lost during his time away from work, and that the shop pay punitive damages for sabotaging the unionization process.

Social TV published the following video about the case in the summer of 2014:

A version of this article first appeared in Hebron on Local Call. Read it here.