facebook twitter email link
The baby carriage protest that took place yesterday, for me, was the most important one yet in the ongoing revolution Israel experiencing.

It was much smaller in numbers than previous demos, certainly than the large one held last Saturday and than the next ones coming up. But it was the people who were in it who made it so important.

It was the families. The people who can’t come and live in the tents on Rothschild, even though this revolution is for them much more than for those young students. It’s for people like me, married with two kids, who can’t support our families. There were thousands of us, who filled up the boulevard on all sides.

So, the baby carriage demo organisers made a smart move. They planned it for the only time parents could come. At 17:30. A bit after we pick the kids up from kindergarten, and a bit before they get hungry for dinner. It was a window of opportunity of about an hour.

And thousands of kids, parents and strollers took to the streets all over Israel. That hour was used up to the max. We yelled “Children – not only for rich people!”, and “Let’s remind the PM who pushes the cart (baby carriage)” and more. Even my kids had a ball, playing with the yellow balloons handed out.

It was the biggest stroller traffic jam in history, on one of the hottest and muggiest days yet, but everyone was smiling and hopeful.

It was an honor to be part of. 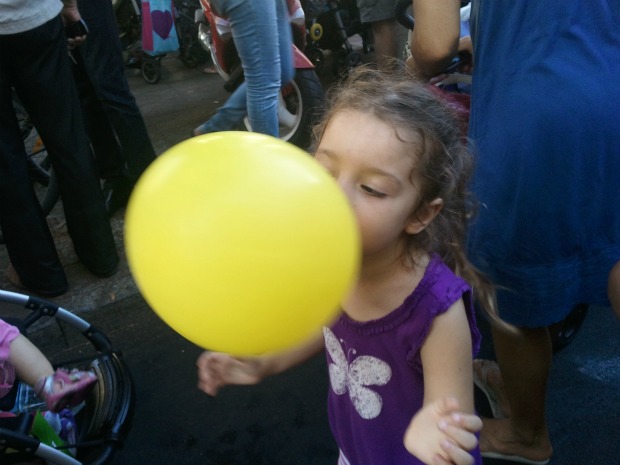 Emma playing with the yellow balloons handed out at the protest (photo: Karen Kaufman) 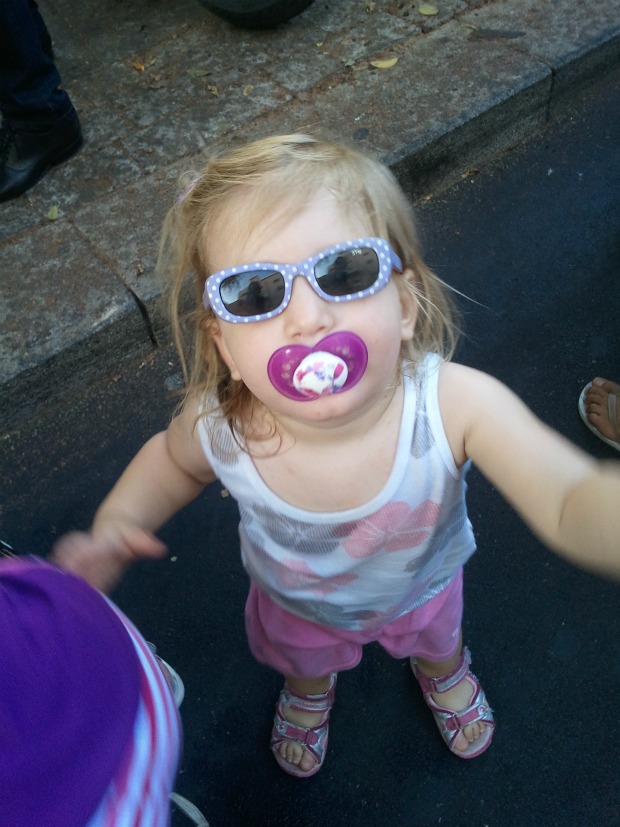 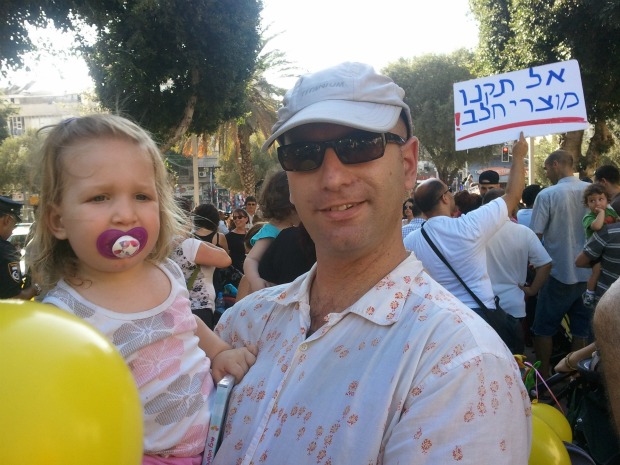 Me and Lea, and the thousands (photo: Karen Kaufman)
And one of my favorite parts of the demo yesterday was when a Kleizmer band from Safed came to play “If I were a rich man”, which in Hebrew is called “If I were Rothschild” – and this happened just meters from the epicenter of the protests: Rothschild Boulevard.
[youtube]http://www.youtube.com/watch?v=Pz1TGA9hVS4[/youtube]