The Palestinian Authority’s attempts to destroy Gaza’s economy could end up dragging Israel into military conflict. 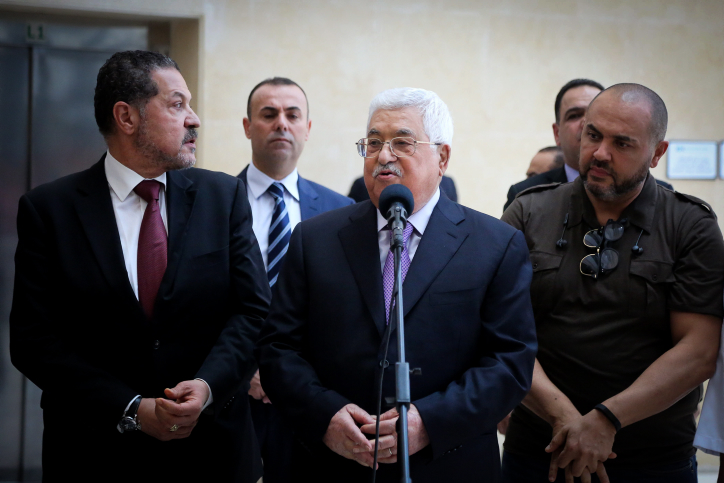 Palestinian President Mahmud Abbas seen upon his release from a hospital in Ramallah in the West Bank on May 28, 2018. (Flash90)

While the Israeli government struggles to solve the problem of “burning kites” being sent from the Gaza Strip, it appears that the Palestinian Authority in Ramallah has found a more effective way to harm Hamas’ funding: causing damage to banks and hindering the transfer of funds to Strip. While terrorists are being targeted, innocent civilians are also paying the price for living on the isolated coastal enclave.

“The Arab Bank refuses to intervene in any national affairs in Gaza, whether regarding martyrs, wounded, widows, orphans, etc. – on the pretext of defending itself against lawsuits,” tweeted Mousa Mohammed Abu Marzook, a senior member of Hamas. “In the past the bank was one of the important national institutions, if so, what kind of image does it wish to create for itself?”

Since July 2004, the Jordan-based Arab Bank has faced a series of civil suits in the United States by victims of Palestinian terrorism during the Second Intifada. In 2014, a jury convicted the bank of involvement in 24 attacks under the Anti-Terrorism Act, which gives U.S. citizens the right to demand compensation for terror attacks that occurred overseas.

A year later, the Arab Bank came to a secret agreement with 600 claimants in order to avoid a trial that would have awarded the latter $100 million. The precedent-setting verdict, which convicted a bank of involvement in terrorism, was overturned by an appeals court this past February. And yet, it seems the Arab Bank has decided to avoid taking additional risks and stop funding militants in Gaza.

However, the effect of the PA’s sanctions on Gaza’s banking system are far graver than anything meted out by the American judicial system. Palestinian news sites have accused the PA of demanding that banks and money changers in the West Bank avoid transferring funds to residents in the Strip. This, in addition to the formal pay cuts for government employees in Gaza — yet another punitive measure against Hamas by PA President Mahmoud Abbas, who wants to increase the pressure on the Islamic group and force it to hand over its security responsibilities to the government in Ramallah. Hamas insists on maintaining its hold on security issues, despite entering into a reconciliation government. Over the past year, Abbas has decided to break the rules.

Ramy Abdu, who founded the Ramallah office of Euro-Mediterranean Human Rights Monitor, criticized the banks’ capitulation, accusing them of deepening Gaza’s economic crisis. According to Abdu, Palestinian human rights groups have documented thousands of summonses and arrests due to the transferring of funds from the West Bank to the Gaza Strip.

Palestinian artist Reem Talhami recently described her attempts to transfer money from her bank account in Ramallah to her family’s account in Gaza. She first went to the Arab Bank, and after being turned away she went to Bank of Palestine, and from there to Western Union. “They finally made phone calls and asked about all the possibilities, reaching the conclusion that the situation in Gaza is extremely difficult and one cannot transfer money from anywhere in Palestine to Gaza, so one must first transfer the sum to anywhere else in the world, and from there to Gaza!” she wrote on her Facebook page. 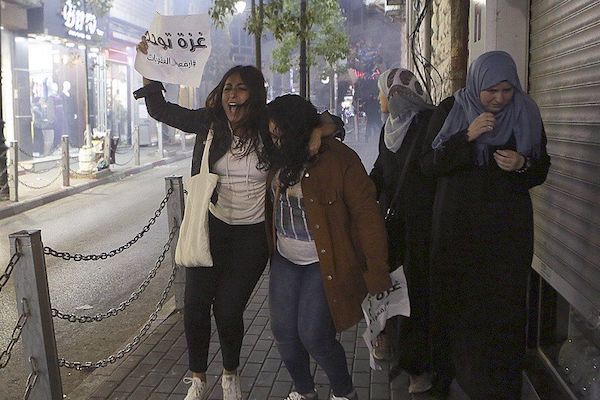 In mid-June, the Palestinian Authority’s sanctions — including the cancellation of financing medical transfers from the Gaza Strip to the West Bank, pay cuts, and the rescinding of electricity payments — led to protests against the PA in cities across the West Bank. Attacks on protesters in Ramallah by Palestinian security forces dressed in civilian garb were widely condemned in the Palestinian and Arab media. The following week, the PA allowed demonstrators to go out into the streets.

As the confrontation between Gaza and Ramallah escalates, the Israeli government will find itself mired in a dilemma: does it oppose attempts by Abbas — Israel’s moderate partner, who insists on security coordination with Jerusalem despite opposition by the Palestinian street — to destroy Gaza’s economy? Or will it allow the situation in the Strip to deteriorate, even at the price of imminent military confrontation?