The slander and lies that accompanied the lethal shooting of a Bedouin teacher in Umm al-Hiran last month were nothing out of the ordinary. Walking it back won’t be enough.

In the end, it took a looming police internal affairs report for one of Israel’s most senior government ministers to even consider walking back his insistent mislabeling of last month’s double killing in Umm al-Hiran as a terrorist attack. For weeks, even as every single detail of the police’s account of the incident withered in the face of witness testimony and video evidence, Internal Security Minister Gilad Erdan — along with the police — stuck to their characterization of events as terrorism, all while baselessly invoking the ISIS bogeyman.

Police instantly labeled the January 18 incident — in which Umm al-Hiran resident and teacher Yaqoub Abu al-Qi’an, ahead of a spate of home demolitions in the village, was shot while driving his car, subsequently losing control of his vehicle and running over and killing police officer Erez Levi — a car-ramming attack, a narrative unquestioningly picked up by the Israeli media.

Yet even as the media narrative began to change, driven by investigations published on +972 Magazine and Local Call, the police doubled down, as did Erdan; weeks later, he was still claiming that he believed it was a terror attack. He also saw fit to call on the attorney general to open an investigation into several Palestinian Knesset members — among them Joint List head Ayman Odeh, himself the subject of a litany of police lies exposed by +972’s Mairav Zonszein, surrounding the events in Umm al-Hiran that day — for incitement to violence and even murder. Meanwhile, at Levi’s funeral, Israel’s bumbling police commissioner, Roni Alsheikh, repeated the unfounded claim that Abu al-Qi’an was a violent radical. 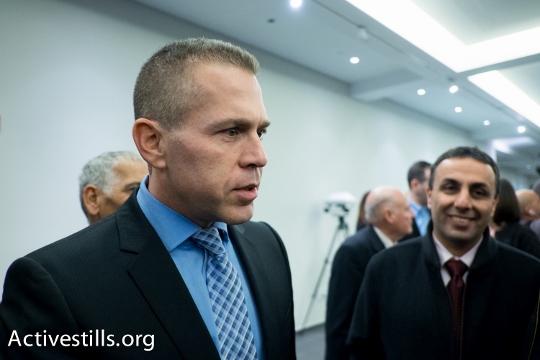 It is extremely unlikely that the lone calls for Erdan and Alsheikh’s resignations will be heeded. In a country where the “complexity” of a situation can be cited as justification for giving a soldier an 18-month sentence for executing a Palestinian, authorities are likely to shrug off what will doubtless enter the books as a little name-calling in the wake of a chaotic incident. And inciting against Arabs has, lest we forget, not typically proven a hindrance to a political career in Israel.

But even if both men resign or are fired, it will be meaningless. What happened in Umm al-Hiran — shoot first, don’t ask questions later, and slander to cover your back — is a default, recurring sequence of events on both sides of the Green Line which has claimed the lives of countless Palestinians over the years, while denying justice to their grieving families. The semblance of redress here — an investigation that retrospectively corrects the false characterization of events — is a fig leaf. Just like “Hebron shooter” Elor Azaria’s trial and subsequent sentencing, it is at once an exception that proves the rule and a tokenistic gesture that makes a mockery of the justice it claims to be restoring.

There is a very simple reason why this keeps happening: for the Israeli establishment and security forces, not to mention large sections of society, Palestinians are eternally deserving of suspicion. The cluster of racist assumptions that undergirds Israeli public discourse vis-a-vis Palestinians — that they are by nature violent, driven by mindless anti-Semitism, and value death over life — has evolved effortlessly into the hoax that when Jews are harmed, Palestinians are somehow at fault. Defying both chronological and geographical borders, and bumped along by a heavy dose of Islamophobia, this attitude has given us everything from Netanyahu’s ludicrous comments suggesting the Grand Mufti of Jerusalem instigated the Holocaust, to the recent calumny of an “arson intifada” that wasn’t.

Yet aside from the incitement, defamation and the ever-swelling bigotry, the biggest human cost of this racist mindset has been in its creation of a terrible, lethal impulse that underscores Israeli security forces’ open-fire regulations with a de facto “better safe than sorry” policy. This approach, coupled with the extent to which the value of Palestinian lives has been degraded by decades of ethnic cleansing, occupation and racist discourse, has blighted every part of the map of Israel-Palestine — from Gaza to Kafr Kanna, from Beitunia to East Jerusalem, from Nabi Saleh to Umm al-Hiran. Over the years and throughout the country, these extrajudicial killings have been carried out with near-impunity.

And that is why any theoretical firing or resignation of the latest ringleaders of the official incitement against Palestinians would be effectively meaningless. Israel’s political culture and security apparatus are geared up to produce men like Erdan and Alsheikh, and to cultivate the views behind their racist caricaturing of Arabs. The loss of life in Umm al-Hiran and the slander and lies that followed were not an aberration, but evidence of the system running like clockwork. It would take a lot more than a ceremonial changing of the guard to make any real difference. 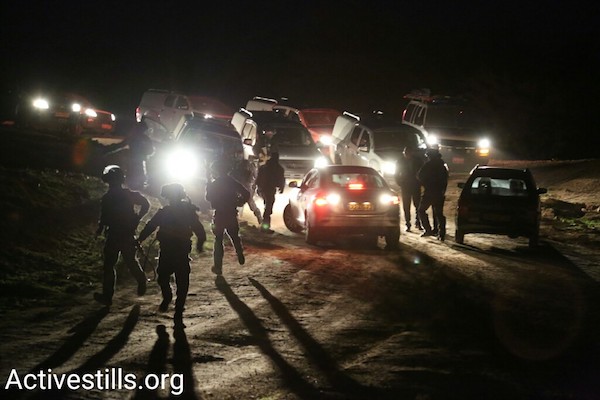 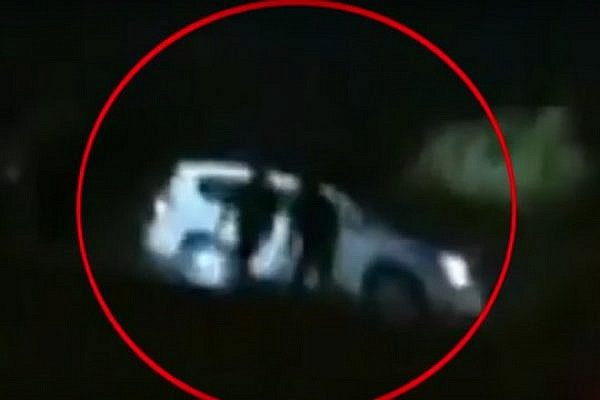 Video contradicts more police claims in Umm el-Hiran killing
Police said Yaqub al-Qi’an’s headlights were switched off when police officers shot at his car. A video analysis by Forensic Architecture and Activestills appears to disprove that claim. By John Brown* Israeli police’s official version of the events that led to the death of two people — a Bedouin citizen of Israel and a police…
By +972 Magazine February 1, 2017