Photojournalism exhibition opens in Tel Aviv. Works by Tali Mayer, Yotam Ronen and Oren Ziv of Activestills are among those being featured for their work in 2014.

Photographers from the Activestills collective, partners of +972 Magazine, Yotam Ronen, Tali Mayer and Oren Ziv are among the winners of the 2014 “Local Testimony” photojournalism competition.

The “Photograph of the Year” was taken by Yuval Chen of Yedioth Aharonoth, who documented the girlfriend of 20-year-old fallen IDF soldier Guy Algranati standing over his grave, surrounded by members of his army unit in the Kiryat Shaul cemetery. Daniel Tchetchik of Haaretz won the prize for “Series of the Year” for “Sunburn,” photos from around the country. Taking the prize in the “News” category was independent photographer Avishag Shaar-Yashuv.

Taking first place in the “Photographed Story” category was Dan Haimovich, who documented the homeless population of an encampment in Tel Aviv, parts of which were published in +972’s Hebrew-language sister publication, “Local Call.”

The competition is part of an exhibition that opened this week in the Land of Israel Museum in Tel Aviv, featuring photojournalism images from local and global photographers.

In the News category, Activestills’ Tali Mayer’s photographs were featured in the “Curator’s choice” selection: 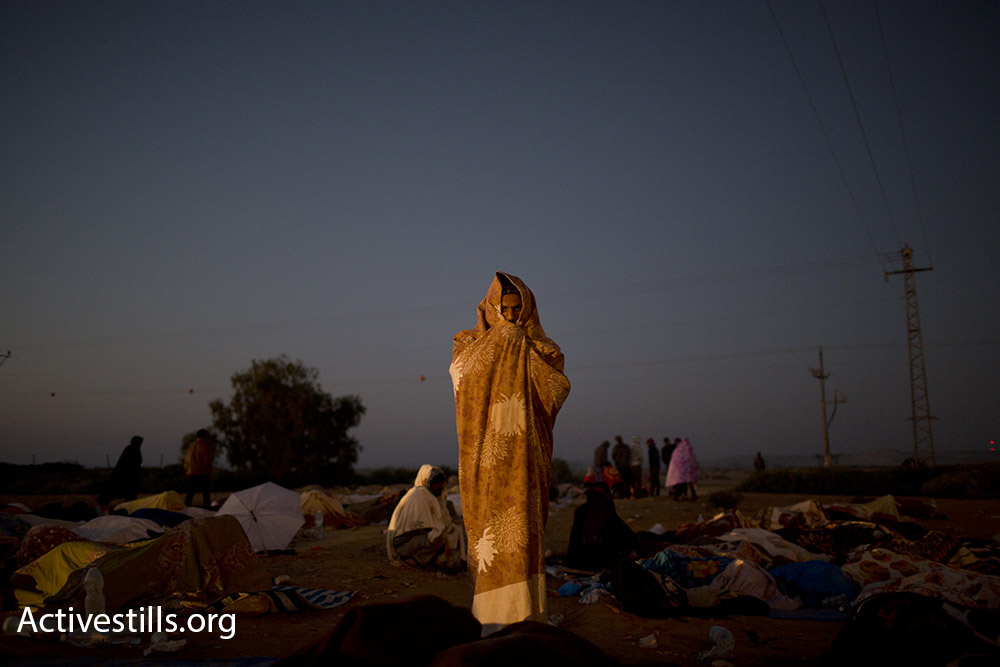 Photos by Activestills’ Oren Ziv took second place in the same category for his series on the struggle of African asylum seekers in Israel: 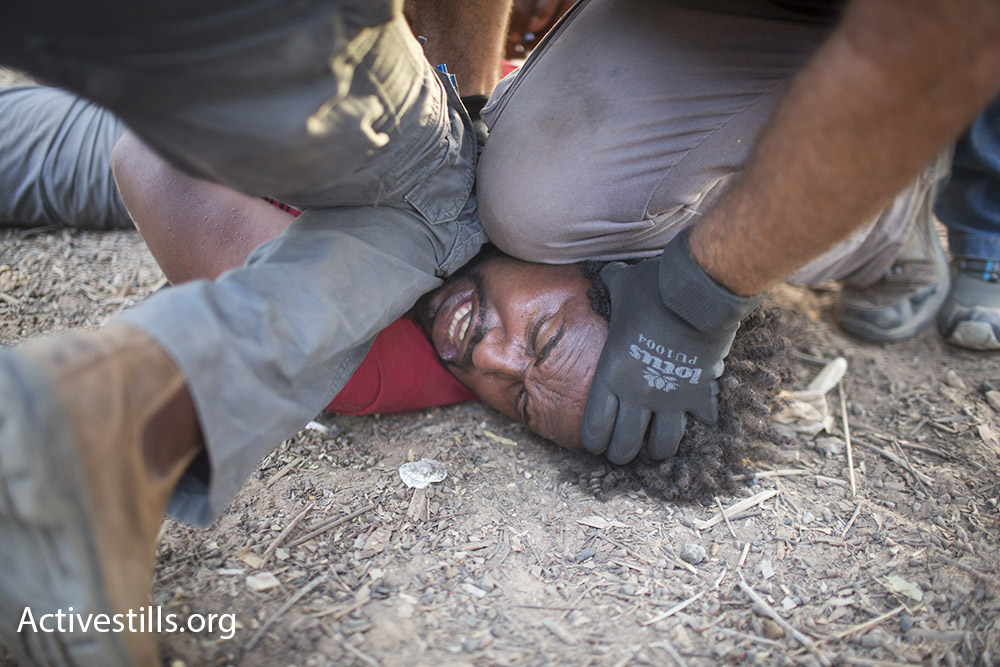 Ziv’s photo from May 1 protests were also selected in the curator’s choice category for religion and community:

In a selection featuring photos of the violence this past summer, photos by Activestills’ Yotam Ronen were included: 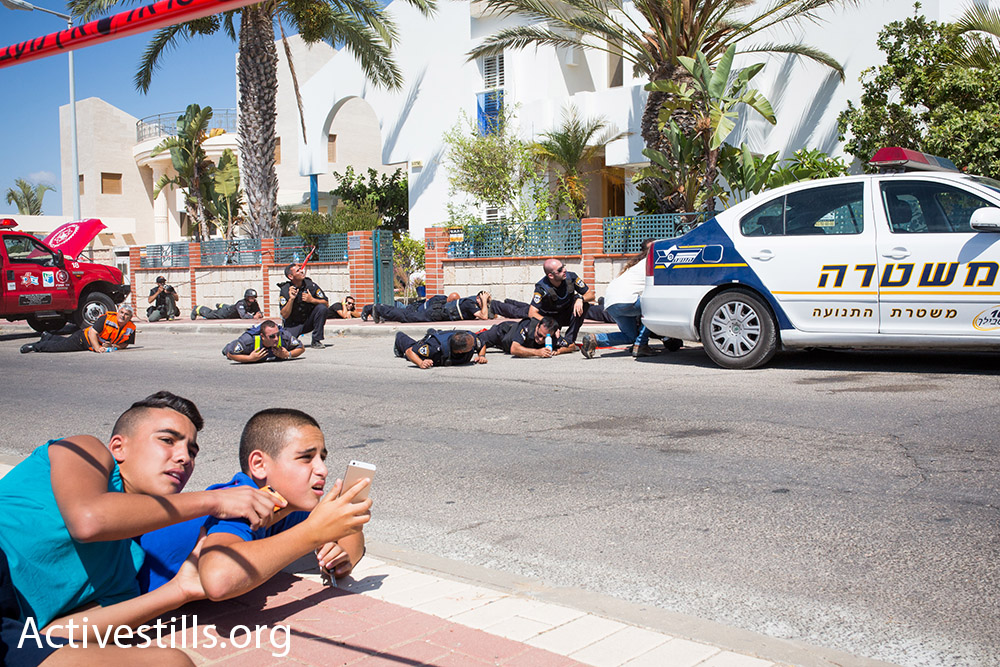 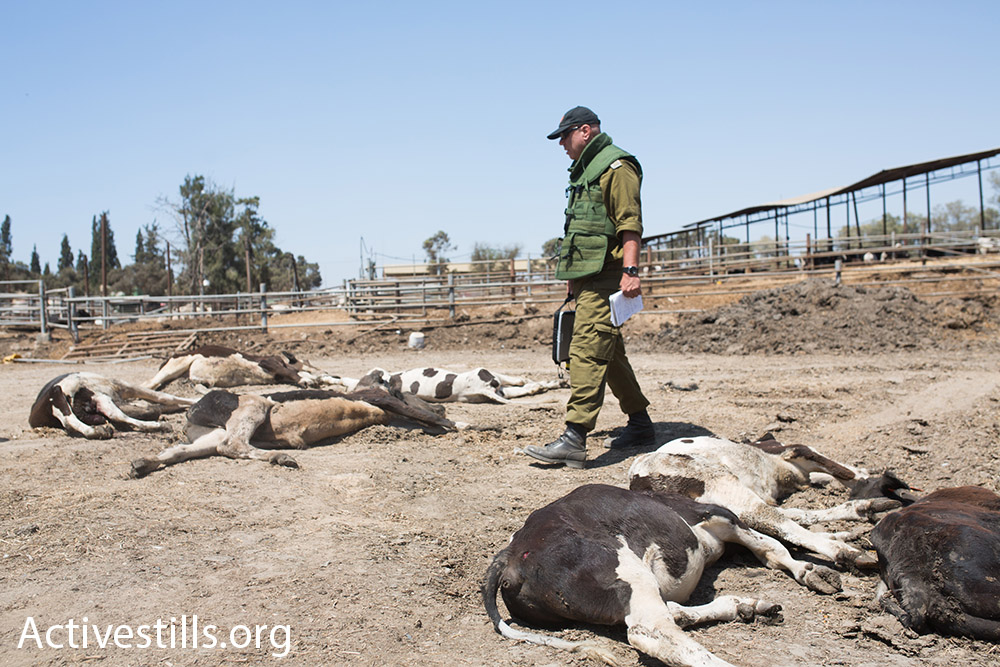 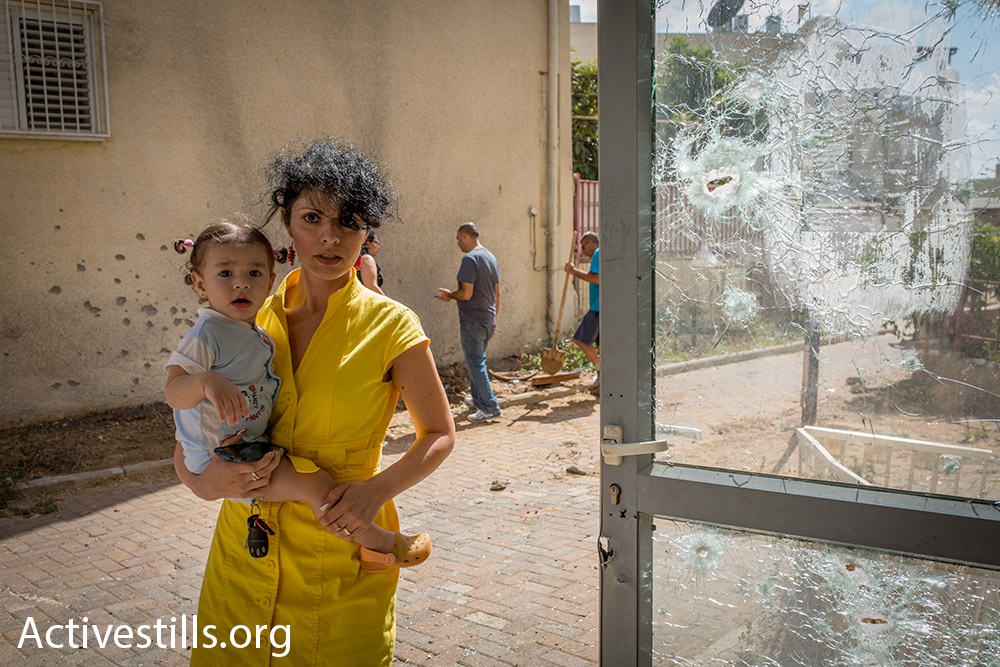 Oren Ziv was also included in the same selection: 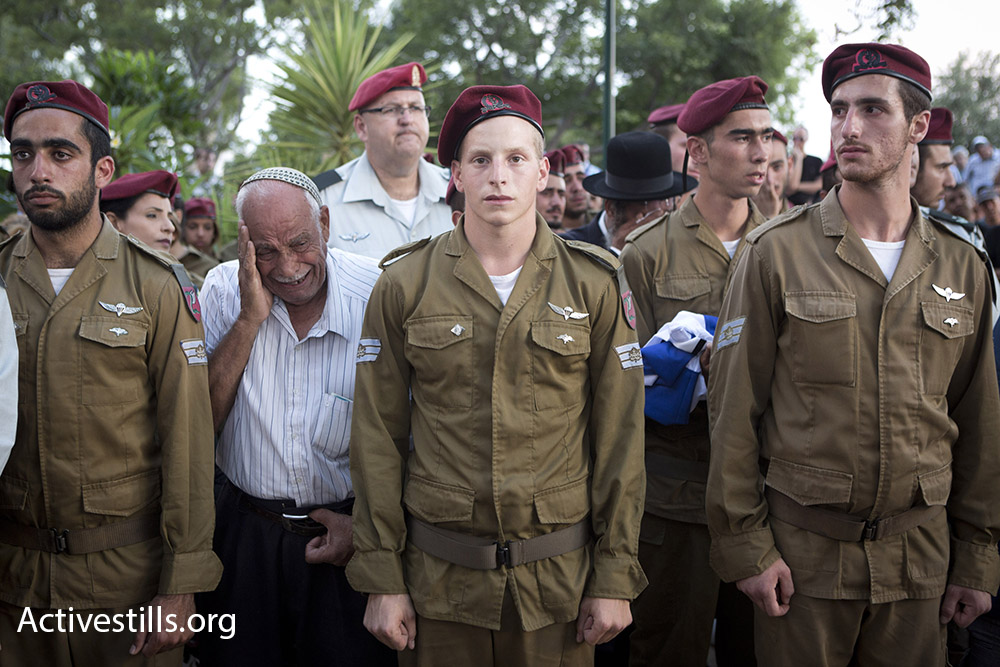 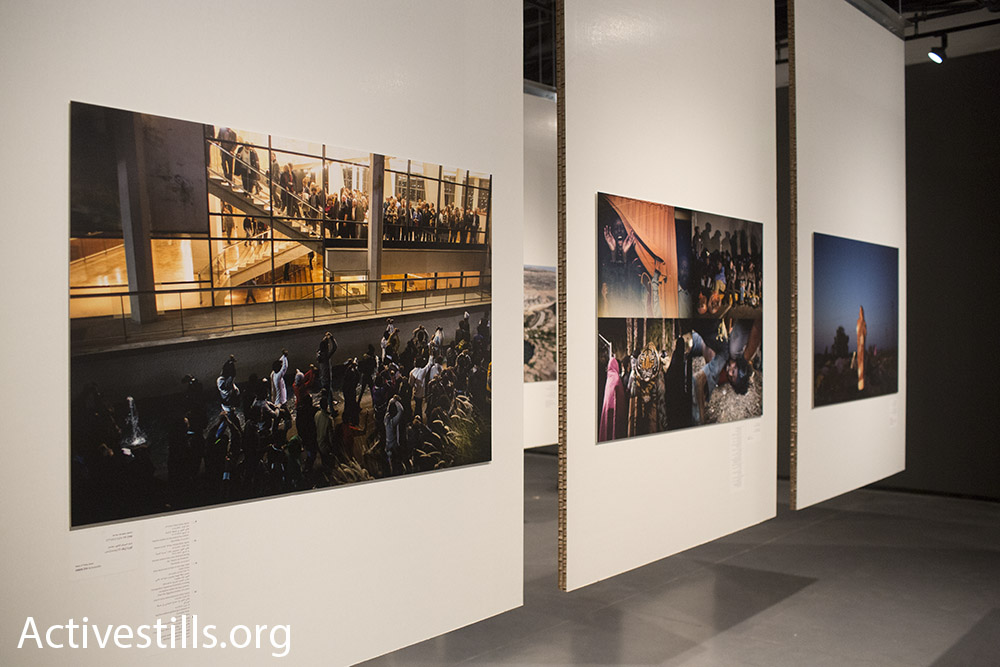 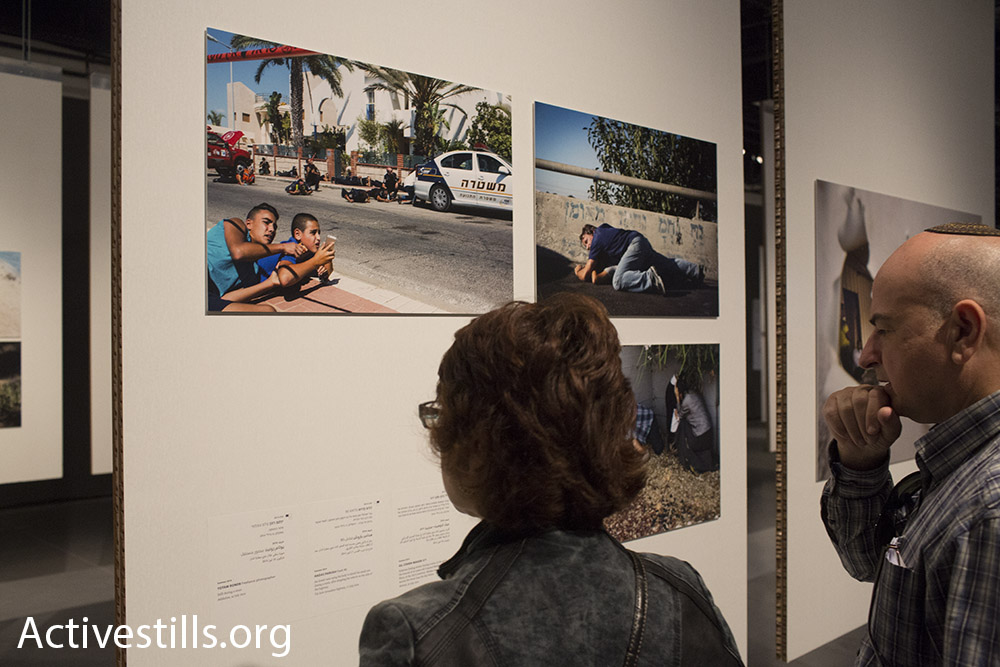 A version of this article appeared on our Hebrew-language sister site, ‘Local Call.’ See it here.