Last week I posted an article about a new campaign launched to get American citizens in Israel to vote in the upcoming 2012 presidential election. While the “iVoteIsrael” campaign claims to be non-partisan, its rhetoric and indication by its campaign manager that its donors are Sheldon Adelson types made me suspicious of a certain slant.

Then I noticed this ad featured quite prominently on my Facebook page:

Hmm…asking whether I “want” a Palestinian state and then informing me that the next U.S. president will affect my future in Israel.  I clicked on the ad, and lo and behold: 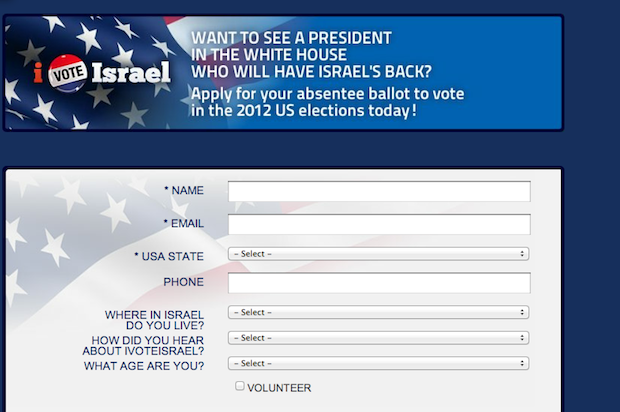 So the non-partisan campaign which cannot advocate for a specific candidate is asking Americans in Israel an anachronistic question (to say the least) and then asking which president in the White House will have “Israel’s back.”  Do the math.