It’s been a rough couple of weeks for Trump advisor Sebastian Gorka following a series of investigations that began with reporting by Lobelog, and published on +972. 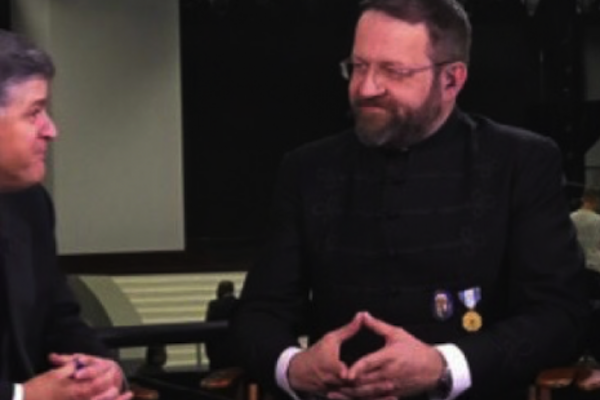 Deputy Assistant to the President Sebastian Gorka has had a rough two weeks. It began with LobeLog’s report that he wore the medal of Vitezi Rend, an anti-Semitic Hungarian organization that collaborated with the Nazis during World War II, at an inaugural ball.

There followed the publication of a series of articles questioning his credentials and experience as a counter-terrorism expert, not to mention the circulation on the web of an audio recording of his hectoring and threats against of one of his critics. Most recently, Yale historian Eva Balogh, reporting for LobeLog, laid out Gorka’s family relationship to Vitezi Rend, while Lili Bayer, writing for The Forward, published a detailed investigative article on Gorka’s ties to anti-Semitic groups in Hungary while he was politically active in that country from 2002 to 2007.

In the context of his February 6 denunciation of criticism of the White House’s Holocaust Remembrance Day statement (which failed to mention Jews or anti-Semitism) as “asinine” and “absurd,” the new disclosures of Gorka’s ties to Vitezi Rend and anti-Semitic parties are raising yet more questions about his core beliefs.

We are deeply disturbed at the allegations that the Deputy Assistant to the President, Sebastian Gorka, may have had close ties to openly racist and anti-Semitic hate groups and figures while he was active in Hungarian politics. These are very serious charges. With anti-Semitism and hate on the rise in the United States and around the world, it is essential that Mr. Gorka makes it clear that he disavows the message and outlook of far-right parties such as Jobbik, which has a long history of stoking anti-Semitism in Hungary.

How much impact the ADL’s position will have on a Trump administration that has put forward the bombastic Gorka as perhaps its most aggressive foreign-policy spokesman remains to be seen. But such a strong statement by what has been a relatively cautious organization constitutes an important marker of how concerned leaders of the U.S. Jewish community have become about the “alt-right’s” influence in the White House.