Since the beginning of 2013, Assad’s forces have laid siege on the suburbs of the capital known as Ghouta, which was the target of a chemical weapons attack earlier this summer. Regime forces are stopping food and other goods from coming in and as winter approaches, activists are warning that the situation is about to get even worse.

The chemical weapons attack on the eastern and southern outskirts of Damascus (collectively known as Ghouta) have garnered a great deal of international attention over the past month. While pundits and experts discussed the imminent American-led strike on regime targets and later how to disarm the Assad regime of its chemical weapon stockpiles, however, few focused on the situation on the ground in the areas affected by the chemical attack itself (which are targets of daily artillery attacks and air strikes by the regime). These areas have been besieged by the regime forces since January 2013, leading to severe shortages of food, medicine and fuel that have resulted in the death of at least eight malnourished children and many patients who could have been saved had proper medical treatment been available to them.

Ghouta has been an opposition stronghold since the first days of the Syrian uprising. Many of the residents of Ghouta’s conservative Sunni working-class towns were displaced from southern and eastern Syria due to long years of drought and the government’s mismanagement of the drought crisis. During the initial, peaceful stage of the Syrian uprising, Ghouta witnessed large protests. Soon after the opposition began to arm itself in 2011, the towns of Ghouta were wrestled from regime control in 2012 and are now in the hands of the rebels. Civil society organizations sprung up to fill the void created by the government’s absence in the area. 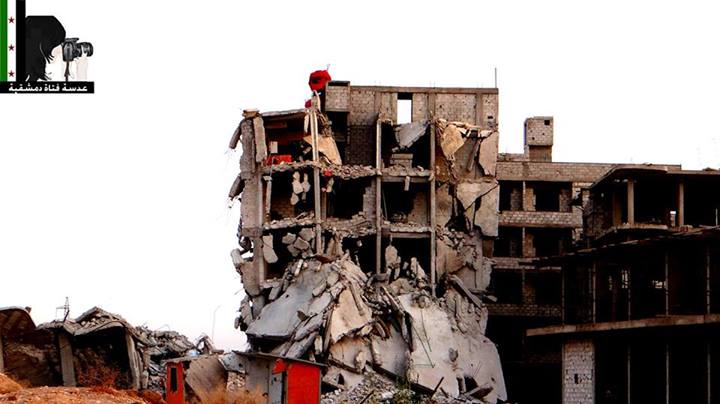 Destruction due to Shelling in Zamalka, a besieged town East of Damascus. (photo: Lens of a Damascene Girl)

The Ghouta region, unlike rebel-held areas in northern, eastern and southern Syria, is completely surrounded by regime-controlled areas. As a result, the regime is able to utilize greater firepower against it, and to besiege it. The siege of Ghouta dates back to in January 2013 when regime forces erected checkpoints at all roads leading to the area, positioned snipers nearby, blocked the entry of food and other goods. Activists and rebels who attempted to smuggle food into the area were shot at checkpoints or by snipers. 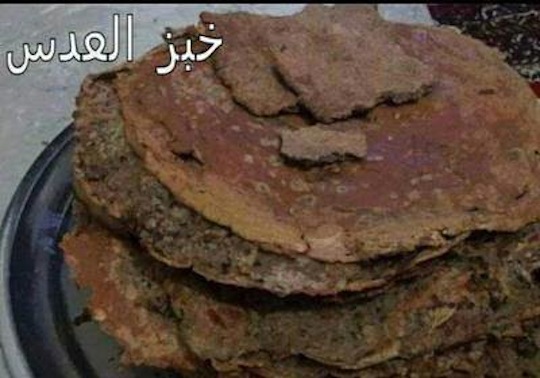 Impoverished eastern Ghouta is experiencing a significant shortage of flour, a basic staple. According to Susan Ahmad, spokesperson for the Revolutionary Command Council in Damascus Suburbs (a civil society organization that helps administer rebel-held towns in Ghouta), those who are lucky enough to find flour anywhere are forced to pay 1,500 Syrian ($7.50) liras for just one kilogram. The siege and bombardment of the area, however, have nearly halted all economic activity, leading to soaring unemployment. Residents of the area who once traveled to Damascus for work have been laid off due to the contraction of the Syrian economy. Others have stopped showing up for work because they fear being arrested at regime checkpoints. 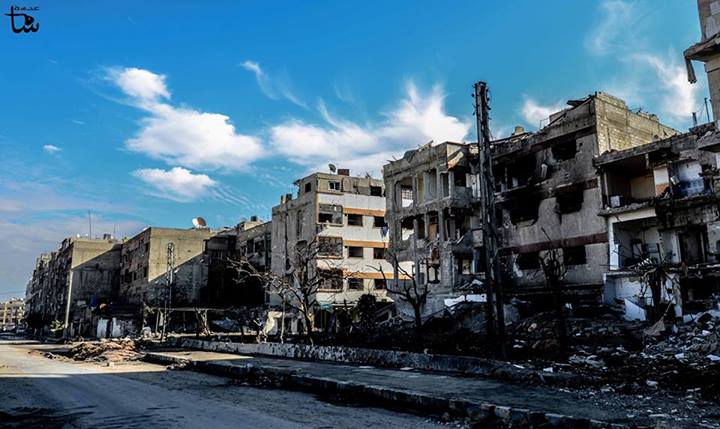 Destruction due to shelling in Douma, a town under siege northeast of Damascus. (photo: Adasa Sham)

Only in recent months have residents truly began to feel the serious deterioration in conditions in eastern Ghouta. In an interview to +972 Magazine from eastern Ghouta, Susan Ahmad, explained that, “until now, people ate what they grew in the summer – mainly vegetables and fruit.” The prices of those goods are very high due to the siege and many have to rely on handouts from friends and family or assistance from civil society organizations. But the situation is about to deteriorate. “Winter is coming and there will be no more crops,” Ahmad added.

Tariq al-Dimashqi, an activist who volunteers with a field hospital in eastern Damascus told +972 Magazine it is unlikely that the rebels will be able to break the siege any time soon, adding, “there is no hope at all. The situation is going to worsen more and more unless something happens.”

The shortages of medicine and fuel are an additional problem. Tariq said that the field hospital he is working for in a town east of Damascus lacks antibiotics, among other drugs. “We had small amounts of medicine, but now they are almost finished.”

While the situation is dire in eastern Damascus, it is much worse in Moadamiyat al-Sham, a rebel-held town south of they Syrian capital. The regime laid siege to the town at the same time as eastern Ghouta, but according to Ahmad, “the siege [of Moadamiya] is tighter. Moadamiya is surrounded by Assad strongholds; it is next to the Mezzeh Military Airport and many brigades, including the 4th Armored Division [made up of Alawite soldiers and led by Bashar al-Assad’s brother, Maher – E.T.] surround it.” Moadamiya residents relied on stored food until March when it ran out. Water is also scarce in the area because the regime has cut off the water supply and targeted tanks on residential buildings and public reservoirs. 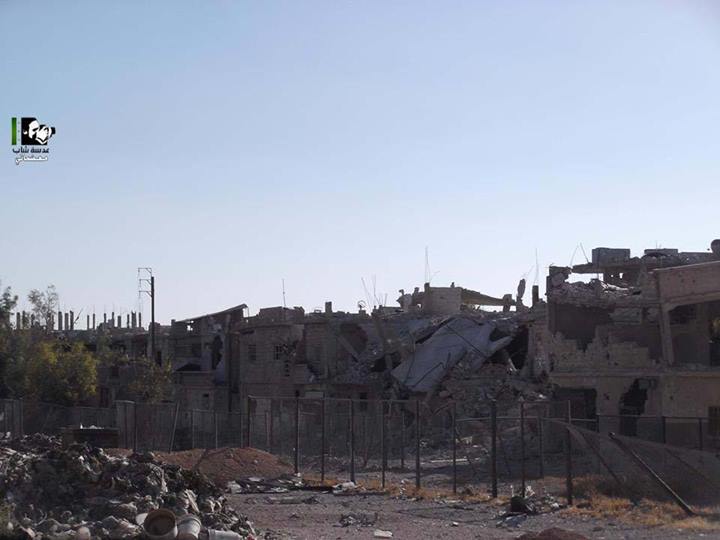 The siege of Moadamiya resulted in the death of seven children in the past month, according to videos uploaded by the opposition, while another child starved to death in the besieged Hajeerat al-Balad, south of Damascus. The videos, shot in field hospitals, show pale, malnourished children, either dead or taking their last breaths. Both Ahmad and al-Dimashqi confirmed that despite the risk of death, some have managed to smuggle small amounts of food and medical equipment into eastern Ghouta. But in Moadamiya, the situation is different. According to Ahmad, “there is no food at all and no supply of medicine” to the area, “FSA [Free Syrian Army] fighters eat just leaves, without bread.” A field doctor working in Moadamiya told the Washington Post that their flour supplies ran out six months ago, adding that, “those that used to eat three meals a day now eat one.” 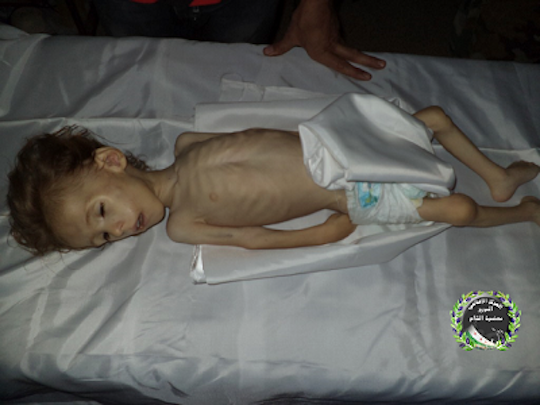 Ahmad expressed anger at the lack of action to end the siege of his and other hometowns by the international community. “Syrians will never forget and forgive those who let them down! Everyone who didn’t do anything to save innocent lives are criminals because they help Assad to kill more people and destroy more cities,” she said. “We just want our freedom and dignity and we want to live peacefully like everybody around the world and we get killed for this!”

Elizabeth Tsurkov is an Israeli human rights activist and blogger who closely monitors events in Syria.