The FBI has found traces of sodium thiopental in several areas in the White House, causing staff to stop holding back their true feelings on Israel. 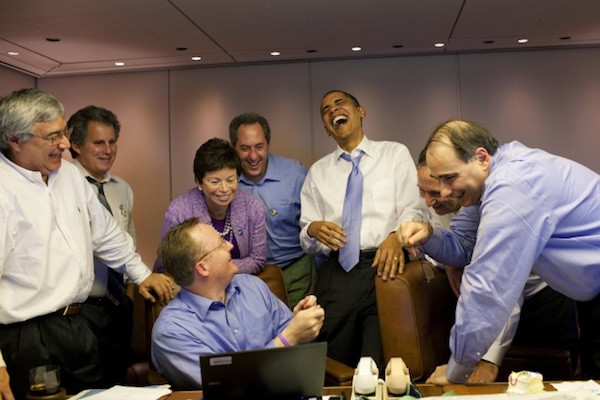 Just 24 hours after a senior administration official called Israeli Prime Minister Benjamin Netanyahu “chickenshit,” FBI agents found traces of sodium thiopental, also known as the “truth serum,” in several areas of the White House. The findings could explain the remarks given to Jeffrey Goldberg in his Atlantic interview.

According to FBI agent Dana Mulder, traces of the liquid were found “in the Oval Office as well. We’re still conducting some tests, but it looks like there’s been some tampering in the kitchen, too.”

“If the serum was put in food given to other staff,” Mulder added, “it could explain why we’re seeing other West Wing officials saying what they really think about Israel and the peace process.” Indeed, over the past day various officials have been especially candid about the Jewish State, its policies and its leaders.

One staff member told +972 Magazine what he had been hearing over the past day: “It’s all coming out. It’s as if people are actually stating facts about Israel and forgetting all about AIPAC. No fear!”

Media outlets across the world have been quoting various officials over the past 48 hours, all of them with very strong words for Israel. One administration official was recently quoted saying: “They keep Arabs off buses and expect us not to call it apartheid? Fuck that!”

Agent Mulder told +972 that the effects of sodium thiopental usually wear off in a few hours, but it seems that the dosage used in the White House was high and that the effects could linger for another day or two. “We’re expecting some officials to still come out with other facts they don’t say because of politics, such as ‘the two-state solution is dead’ and ‘what happened in Gaza this summer was a massacre, no other way to put it,’” Mulder added. “That’s why we started the investigation to begin with. There’s just no way any administration official would be able to bluntly speak the truth like this to media without being under the influence.”

While in the White House helping cover the story, a +972 Magazine intern said: “I just passed a guy in the hall here who said ‘One-state solution? It’s been one state for 47 fucking years already!’ and then quickly covered his mouth and ran to the bathroom, hoping not to be seen or heard, muttering ‘shit fuck fuck shit I did not just say that.’”

+972 also spoke to the president’s secretary outside the Oval Office, who overheard President Obama telling his aides: “I would have used harsher words than ‘chickenshit’. And one of them rhymes with ‘mothersucker’. Anyway, I don’t give a damn anymore. Let the BDS’ers take over. This whole peace process shit is so 80’s. Now, where’d I put that pack of cigarettes? Oh shit… Do NOT tell Michelle I just said that.”