A few weeks after it began expanding its reach into ‘new media’ outlets, the IDF Censor is now demanding that police and first responders allow it to supervise information they pass on to journalists through WhatsApp. The move represents a new, secondary layer of prior restraint. 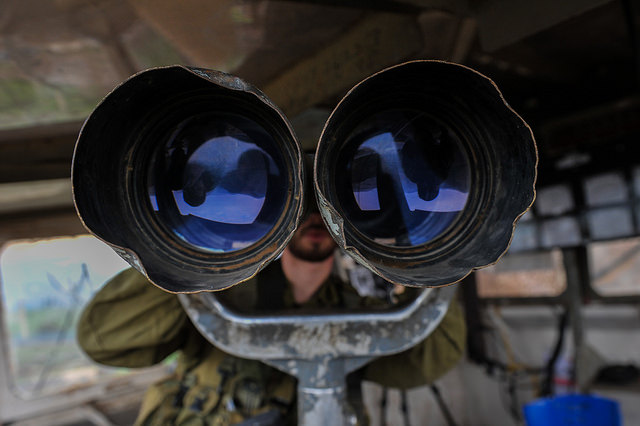 The IDF Censor is demanding that spokespeople for the Israel Police and other first responders allow it to supervise information they pass along to journalists via mobile messaging app WhatsApp, according to a report by Army Radio Tuesday. The demand appears to be yet another step in the new chief IDF Censor’s attempts to broaden the online reach of her office.

Spokespeople in Israel, from the police to the army to first responders, often communicate with journalists via WhatsApp. The app has largely replaced beepers and police scanners as sources of preliminary information for reporters in recent years.

+972 reported on Monday about the IDF Censor’s attempts to expand its reach into what is often referred to as the “new media,” including private blogs, Facebook pages that deal with current events, and independent news and analysis sites like +972 Magazine.

As I wrote in that report, although the state can have legitimate secrets, its reasons for keeping information from the public are not always necessarily aligned with the public’s own interest. That’s where journalists and editors come in, weighing the public interest against any potential harm, and playing an often crucial role as watchdogs over the government and those in power.

The problem with prior restraint and state censorship is that the state removes the independent press from that equation, giving itself — and only itself — the right to decide what is in the public interest. That is dangerous. It is also, apparently, exactly what is happening.

A letter the military censor’s office sent to the spokespeople operating WhatsApp groups for journalists, which was obtained by Army Radio, all but confirms that the IDF Censor views itself, and not the press, as the authority on what the public has the right to know.

“The censorship unit is entrusted with preserving the balance between the right to freedom of expression and the public’s right to know in Israel, and for that purpose we need to know what is happening in the country,” the letter to spokespeople read, according to Army Radio.

Read: On censorship — a letter to our readers

However, by seeking to monitor not only information actually published by news outlets but also the preliminary information journalists receive before any reporting begins, the IDF Censor is actual creating a secondary layer of prior restraint to the existing prior restraint. How many journalists will follow up on a story they believe they can never publish? And if the Censor tells the press certain information cannot be reported even before reporters and editors can weigh the public’s interest to know, there is a good chance the debate itself will never take place.

The spokesperson for United Hatzalah, a non-profit and independent first responder service, told Army Radio that he refused to add the censor to the WhatsApp groups he manages for journalists.

“On the one hand I am the spokesperson of an emergency [services] organization and a citizen who wants to contribute to hasbara and other national [interests],” Moti Elmaliach told Army Radio. “But on the other hand my job is to maintain a functioning working relationship with journalists, and part of that means letting them be part of a private [messaging] group, with only journalists in it, where discussions can be had and questions answered.”

No other spokesperson publicly rejected the IDF Censor’s demands.

Asked by +972 whether police spokespeople have complied by adding representatives of the military censor to their WhatsApp groups, Israel Police spokeswoman Luba Samri declined to comment. Spokesperson for Magen David Adom, Israel’s official ambulance service, refused to confirm to Army Radio whether he had complied with the Censor’s request but qualified that he sees no problem with doing so.

The IDF Censor is supposed to be an independent body but it is nevertheless headed by a uniformed military officer, appointed by the political echelon, and its chief officers (including the current chief censor) traditionally come from the ranks of the IDF Spokesperson’s Office. Therefore, it is not unreasonable to question whether the office’s strategic priorities are affected by political considerations, although its day-to-day decision making is supposed to be apolitical.

Asked by +972 whether attempts to bring bloggers and citizen journalists into compliance with the censorship law represented a change in policy, a representative of the IDF Censor’s office said no.