Ayman Odeh’s visit to the U.S. demonstrates that the Joint List needs to take a more central role in the global discourse on the Israeli-Palestinian conflict. 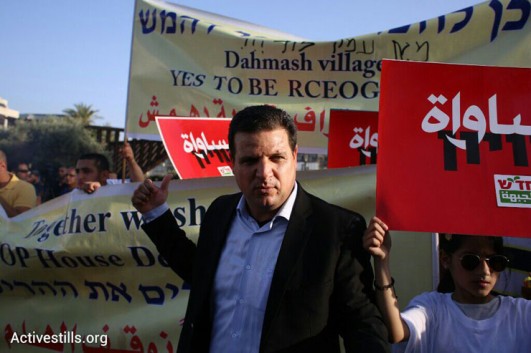 Ayman Odeh’s recent visit to the United States garnered much attention among American audiences. But back home, within his own community, the scant attention given to his visit was mostly critical. Various circles among Palestinian citizens of Israel had characterized Odeh’s visit as a politically futile and undermining exercise, while others made personal attacks claiming that he did not represent Palestinian public opinion and was only doing it for self-promotion.

Some of these criticisms were understandable, primarily because Odeh has garnered an international persona which has not yet been granted to him domestically. Contrary to how Foreign Policy magazine portrayed him in its list of 100 Global Thinkers, Odeh was not the architect of the Joint List. In the face of a raised electoral threshold, the Joint List was formed (and is arduously maintained) by a collective effort of parliamentary representatives, organizational members of the four different parties, civil society figures and activists, and of course, the Palestinian public that voted for them. As Jackie Khoury rightly wrote in Haaretz, “Foreign Policy magazine would have been more accurate if it had awarded the honor to the list headed by Ayman, rather than to Ayman.”

However, despite these criticisms, Odeh’s visit to the U.S. was arguably one of his most important acts since entering the Knesset this year. In the span of the last two weeks, Odeh managed to do what the Palestinian leadership in Israel failed to achieve in years: raising his community’s experiences and aspirations onto the international stage, and specifically the American political arena, in a highly visible and influential manner. 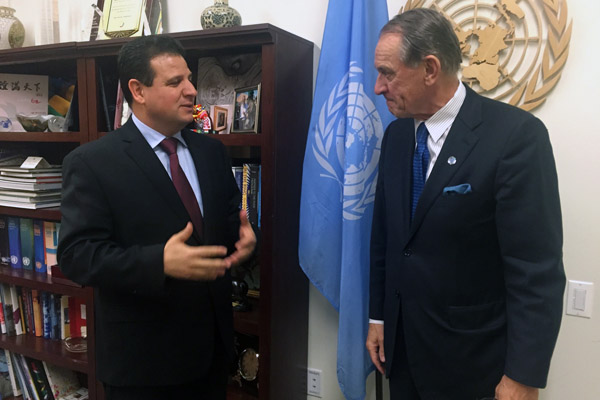 This was partly due to Odeh’s communication style and his passionate articulation of building a shared future and ending the occupation, which received a warm reception from left-wing American audiences. But this success was also due in large part to the platform of his Joint List, the self-proclaimed “democratic camp” of Israel’s political spectrum.

In fact, more than anything, Odeh’s visit revealed the need for the Joint List to conduct much more strident advocacy abroad. As American discussions on Israel and Palestine slowly open up to more divergent opinions, particularly within the American Jewish community, the Joint List has an obligation to place itself at the center of the world’s discourse around the conflict. No one is expecting Washington’s policy to change any time soon; but at the same time, the Palestinian community cannot play a marginal or isolationist role. It has to confront the powerful figures on their own turf.

This has become especially crucial as the space to combat discrimination and occupation are rapidly shrinking inside Israel and Palestine. The right wing has secured its dominance over Israel’s political sphere, with its discourse manifesting in public opinion and even judicial positions. Human rights organizations, most of which defend Palestinian rights in Israel and in the occupied territories, are facing heightened campaigns not only attacking their work and funding, but also the very safety of their members. Worst of all, Israelis and Palestinians are entering 2016 with no political horizon other than the so-called “status quo.” Both publics are simply hoping that things will not get worse; no one is expecting things to get better. 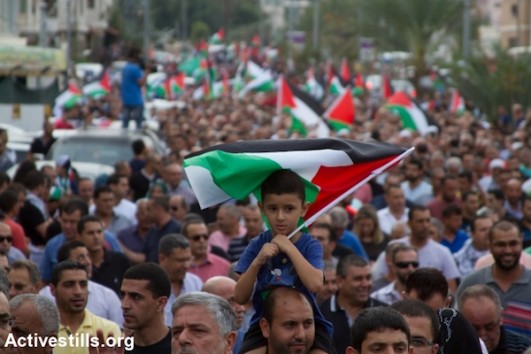 These are enormous challenges that the Joint List needs to face. But the coalition itself is mired in numerous troubles, and has fallen short on many occasions when it should have played a more active role.

Personal conflicts strain the Joint List’s daily activities and long-term strategies. Disputes over political and ideological language are chronic, with each party criticizing the other for being too nationalist, too “Israeli,” too religious, too acquiescent, too aggressive, and so on. Many of its main supporters, Palestinian citizens, are more concerned about their day-to-day matters than political activism, with others seeing the List as an elitist group guided only by personal interests. These problems have often made it difficult for the Joint List to take clear and assertive positions, especially during moments of high tensions and violence. And even when it does, it cannot block discriminatory legislation in the Knesset, nor persuade the mainstream Jewish Zionist parties to support its causes.

Nonetheless, the Joint List is certainly not a lost mission. With time, pressure, and lessons learned, it can improve its internal functionality and viability; engage the Palestinian public more in its political decision-making; solidify the community’s collective conscience across geographic, religious and ideological lines; and raise its voice on the domestic and international level. The Joint List is clearly an imperfect organizational arrangement, but the ideals on which it is built – equality and anti-occupation – are the only hopes to overcome the Israeli-Palestinian quagmire. As Odeh’s U.S. visit showed, the party can still have a crucial role to play in the conflict – if it steps up and plays it right.