The nation’s establishment has called the whistle-blowers of Unit 8200 every bad name, but it has no answer to their charge that information deliberately gathered on innocent Palestinians is used to blackmail them into collaborating. 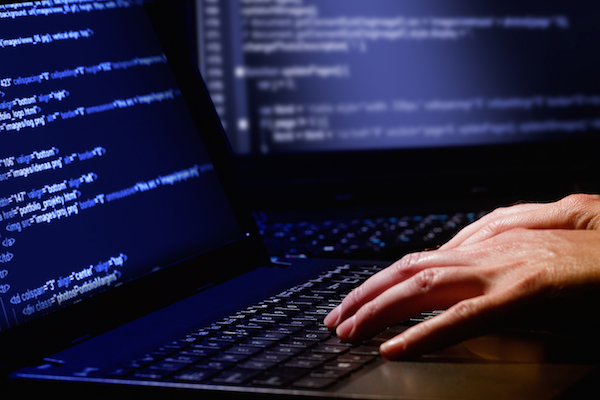 The 43 refuseniks in Unit 8200, Israel’s legendary high-tech snoops, are this week’s Gideon Levys, this week’s Haneen Zoabis – the focus of patriotic hatred in the land. “Baseless slander” is what Netanyahu called their letter, published Friday in Yedioth Ahronoth, in which they declared they would no longer spy for the occupation.

Aside from being called traitors, the 43 reservists have been called cowards, spoiled brats, cynical political operatives and, as mentioned, baseless slanderers. But neither Netanyahu nor any of the other accusers have answered the whistle-blowers’ most incendiary revelation: that Unit 8200 not only spies on the phones, emails and other devices of militants, but on those of completely innocent Palestinians, hoping to find out their secrets so the Shin Bet can use the information to blackmail them into becoming collaborators.

Interviewing six of the letter’s signatories, Yedioth’s Elior Levy wrote (in Hebrew), “According to them, the Israeli public believes that intelligence is gathered only against those involved in terror. They want to publicize the fact that a substantial portion of the targets they follow are innocent people who are not connected in any way to military activity against Israel, and who interest the intelligence branches for other reasons.”

According to “N.” one of the six dissidents interviewed, “At the base they told us that if we turn up some ‘juicy’ detail, this is something important to document. For instance, economic hardship, sexual orientation, a severe illness that they or someone in their family has, or medical treatments they need.”

If you’re a homosexual who knows someone who knows a wanted man – Israel will turn your life into a misery. If you need urgent medical treatment in Israel, the West Bank or overseas – we’re on your tail. The State of Israel will let you die before it lets you go for medical treatment without your first giving information about your cousin, the wanted man. Every time we hook an innocent person who can be blackmailed for information, or to conscript him as a collaborator, that’s like gold for us and for the entire Israeli intelligence community. In a training course we actually learned and memorized the different Arabic words for homosexual.

The army spokesman’s response to these and other specific accusations goes as follows: “The concrete claims made in the report are unknown in the Intelligence Directorate.”

In an interview on TLV1 radio, I asked Noa Levy, a former draft resister who now defends others taking that route, what she thought of the army spokesman’s response. She gave a derisive laugh and said,

That is quite ridiculous, which I can say from my experience as a human rights lawyer. There are many cases of LGBT people from the Palestinian territories who get to Israel and try to get refuge after the Shin Bet blackmailed them, and they get to the point when they are known to Palestinian society as homosexuals or traitors, and [Palestinians] presume they’re informers. This phenomenon was known for a long time, but it was thought to be marginal. What these soldiers allow us to say is that it’s a general thing … a general policy. [Unit 8200]  gathers information on [Palestinian] homosexuals and uses it to turn them against family members or friends.

In Yedioth, Israel’s leading print journalist, Nahum Barnea, fully defended the truthfulness (though not the judgment) of the dissidents:

One would have expected the military to respond to this claim [of spying on innocent Palestinians to blackmail them into collaborating] with a commitment to examine it and correct any failings. Instead we got a wholesale denial – a denial that brought a cynical grin to the face of everyone who is familiar with the reality of the [intelligence-gathering] system. …

The occupation corrupts, say the refuseniks of 8200, and they’re telling the truth. In the best case, the information they pick up prevents terror; in many other cases it serves the malice, arbitrariness and stupidity of the occupation, or it provides a presentable wrapping for some deceitful government policy.

To balance out Noa Levy on the radio program, I asked Eitan Meirsdorf, a reserve Israeli soldier and head of the far-right Im Tirtzu organization at Bar-Ilan University, what he thought of Unit 8200 spying on Palestinian innocents for the purpose of blackmail. Meirsdorf, at least, was candid enough to say what the Israeli establishment is not: that he has no problem with it:

This is not specific to Israel – every single intelligence unit in the world does it. [Unit 8200] is trying to catch terrorists, and at the end of the day, as an Israeli citizen, if there’s a chance that a terrorist is going to blow up my house, my family, then yeah, I would try to do everything I could to stop them. For them to pass up a chance to catch a terrorist and then that terrorist kills Israelis – that doesn’t seem very moral to me.

In other words, in the name of Israeli security, anything and anybody goes.

As for the refuseniks’ charge that medical information on innocent Palestinians is also leveraged by the Shin Bet, Physicians for Human Rights – Israel said, “The testimony PHR gathered from [Palestinian] patients matches the description given by the reservists in Unit 8200. [Palestinian patients] tell of direct and implied blackmail, the latter being in the nature of ‘Help us and we’ll help you.’”

Faced with the dissidents’ revelations, official Israel has tried to change the subject, to make the dissidents themselves the subject. The army accuses them of running to the media with their complaints before going to their commanders, which sounds far-fetched, and which some of the reservists have flatly denied, saying they complained first to their commanders, but were rebuffed. The army also claims that only 10 of the 43 signatories, the officers in the group, were part of the “circle of control” in intelligence-gathering on Palestinians. The refuseniks say they were all involved in the work.

The army’s complaints seem beside the point – but that is the point: to distract attention from what these honorable young men and women are saying, because neither the army nor any other part of official Israel has any honorable answer to it.  So they lie, throw mud, threaten and rage – because when it comes to its treatment of Palestinians, Israel can’t handle the truth.