By Bar Gissin and Maya Haber 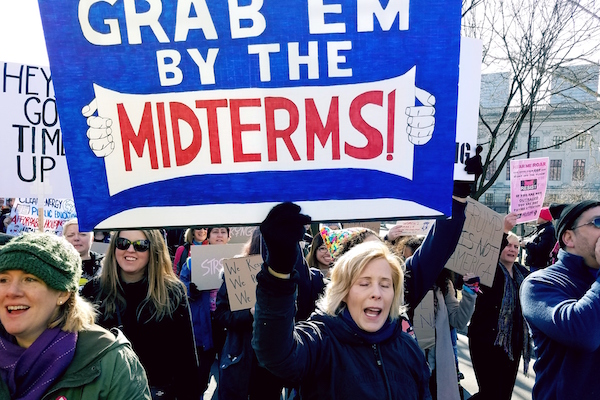 Something remarkable happened in the last few weeks: progressive candidates won elections in Israel and the United States, despite the rise of far-right, anti-democratic politics in both countries.

This might come as a surprise, but it shouldn’t be. Many Jewish Israelis support ending the occupation, women’s right to pray at the Wailing Wall, and LGBTQ’s right to get married and adopt children. Similarly, most Americans approve of labor unions, support same-sex marriage, want stricter gun control, and oppose illegalizing abortions.

So why do the policies of the Israeli and American governments fail to reflect voter demands?

The reason is simple: President Trump and Prime Minister Netanyahu use fear to channel voter anxieties. Just look at how Trump repeatedly labels refugees as criminals and belittles their claims of persecution to mobilize the Republican base. Similarly, for the past 20 years, Netanyahu has been stoking existential fears, warning of attacks by Iran and Hamas in Gaza. Countering this hate has trapped liberals and progressives in a defensive, apprehensive posture, leaving little space to push a proactive agenda forward.

However, the progressive campaigns in recent Israeli municipal elections and American midterms provide a promising off-ramp. Progressives in each country enlisted volunteers and built local grassroots campaigns that proved stronger than fear and hatred. Activists in both countries knocked on doors, spread their agenda, and dispelled red-baiting from conservative candidates.

In Pittsburgh, Pa., for example, the Republican opponent of state senator-elect Lindsey Williams desperately turned to Cold War-style red-baiting and tried to label Williams as a socialist. Such farcical tactics fell flat, as Williams’ canvassers directly appealed to voters’ support for workers’ rights and Medicare for All. Progressives scored victories across the U.S. with similar appeals, electing democratic socialists like Alexandria Ocasio-Cortez, Julia Salazar, Franklin Bynum and Rashida Tlaib to Congress.

In Israel’s recent municipal elections, progressives won even in the most unlikely communities. In October, the Left-leaning Meretz-Mekomi party became the largest party in Rosh Ha’Ayin. The Mekomi-Local Leadership movement was established two years ago to form a network of local elected officials and promote progressive values in municipalities. In Rosh Ha’Ayin, it collaborated with the left-wing Meretz party and ran as Meretz-Mekomi.

Rosh Ha’Ayin is a suburb of some 50,000 inhabitants, 15 miles east of Tel Aviv. The population is mostly conservative and religious, and tends to vote for center-right candidates. In the 2015 national election, Benjamin Netanyahu and his Likud party overwhelmingly won the elections there. At the time, only 576 Rosh Ha’Ayin residents voted for Meretz. In 2018, however, Meretz-Mekomi received 4,872 votes — a nearly tenfold increase that led to three seats on the Rosh Ha’Ayin city council.

Meretz-Mekomi did not to make itself electorally palatable by pandering to conservative voters. Instead, they articulated a clear progressive agenda. Meretz-Mekomi utilized local focus groups to write its platform, and advanced a diverse and equal pool of candidates. They campaigned on equal allocation of resources, religious pluralism, fair and affordable education, accessible public transportation and open businesses on Shabbat, among other progressive issues. 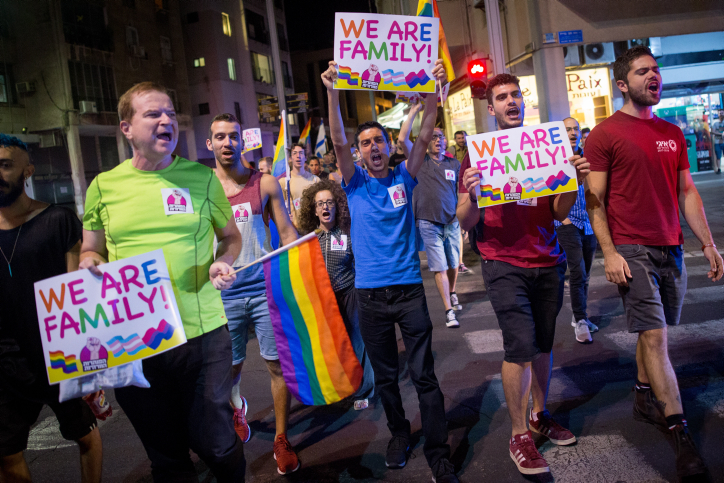 Members of the LGBTQ community and supporters participate in a protest in Tel Aviv against a Knesset bill amendment denying surrogacy for same-sex couples, on November 1, 2018, 2018. (Miriam Alster/Flash90)

Meretz-Mekomi won in Rosh Ha’Ayin because it carried out a year-long grassroots campaign. This was quite unprecedented in Israel because few campaigns, even on the national level, take longer than three months. Meretz-Mekomi in Rosh Ha’Ayin bucked this norm by taking a year to identify and listen to voters, knock on doors, and organize get-to-know-the-candidate events. In addition to Rosh Ha’Ayin, Mekomi leaders did this in eight other municipalities.

Mekomi’s experience in municipal elections in Israel and recent progressive wins in the U.S. midterms prove that the future is not lost. Voters are receptive to progressive agendas, even if they don’t identify as such. If we learn from the local experience, and propose bold, authentic, progressive platforms that stand on their own, rather than as a reaction to right-wing fear-mongering, we can reproduce these victories on the national level, and change the political reality both in Israel and the United States.

Bar Gissin is the national chairperson of Young Meretz and part of the leadership of the Mekomi-Local Leadership movement. Dr. Maya Haber is the founder of Israel Forward, a nonprofit consultancy.