Aharon Barak says he is concerned about Israeli democracy, but he bears responsibility for no small part of where the country is today. 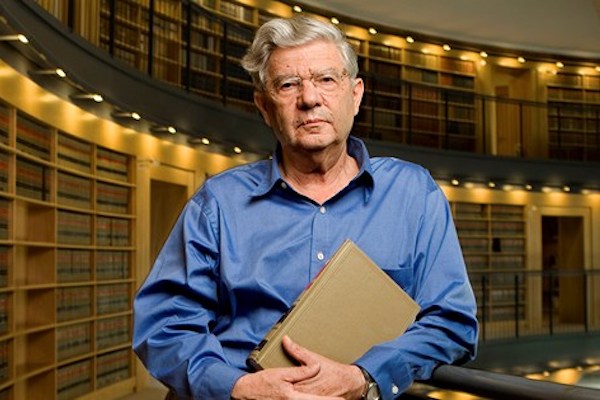 Former Chief Justice Aharon Barak is completely at peace with his ruling on targeted assassinations. On a recent episode of an Israeli investigative TV program, he went so far as to brag about its impact: “By the way, my judgment is taught all over the world.”

Clearly, Barak takes pride in his judgments resonating around the world. When it comes to his own voice and words, the question of “why take it abroad?” never even comes up. But when another Israeli – me – took it abroad and spoke at the UN, Chief Justice Barak got mad — really mad. “I too am pained when I hear about an Israeli going before the Security Council and – in front of all the other delegates whose countries, each and every one, engages in human rights violations, much more than we do – makes these speeches there, and they applaud him. It made me very mad, very mad. I was angry about that.”

But, if the same law applies to all, then everyone may be heard abroad, not just Barak’s judgments. Why, then, should the honorable justice get so very, very mad? Could it be that Barak has a problem with what was said, rather than where it was said?

In a career that spanned three decades, from 1975 to 2006, Aharon Barak held senior positions in Israel’s justice system, serving first as the attorney general, then as a Supreme Court justice, and finally as chief justice. Nowadays, Barak is extremely troubled by the threats to “Israeli democracy.”

The thing is, Barak is no mere passerby who has unwittingly stumbled into the current state of affairs. He is one of its chief architects. What was Barak’s role in bringing about where we are today? The demise of what “democracy” is Barak lamenting? And how about the hypocrisy of presenting a reality in which millions of people have been rightless subjects for more than fifty years as democratic?

Barak says he might have gone too far when he asserted, “the whole earth abounds with justice.” As a matter of fact, he would have hit things closer to the mark if, when it comes to his own jurisprudence, he had said “nods and winks abound.”

As the self-proclaimed author of most of the judgments addressing the separation barrier, Barak said he ruled on these cases based on the following principle: “If we found the barrier served a military purpose, we okayed it.” Although perhaps he should more rightly have said he followed the “a nod is as good as a wink” principle. By relying on the “temporary security barrier” falsehood, Barak legitimized what is in fact yet another system of land grab, another way of severing communities from their source of livelihoods, and gradually transferring bountiful land from Palestinians to Jewish hands.

Similarly, Barak’s ruling on the use of torture, widely touted as outlawing it, in fact, ended up paving a new way for Israel to continue going about it. He is shown telling State Attorney Shai Nitzan, “I left that question open,” and explains that punitive home demolitions are “a very, very, very complex issue.” 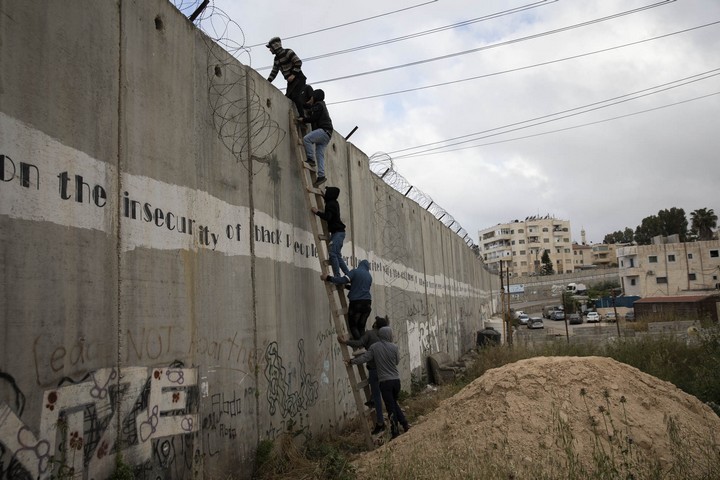 Palestinians climb over the separation wall on the first Friday of Ramadan at Qalandiya checkpoint, West Bank, May 10, 2019. (Oren Ziv/Activestills.org)

In fact, it is a very, very, very simple issue. Collective punishment is prohibited. Harming innocents is prohibited. You do not have to be Aharon Barak to recognize these basic moral principles. You do have to be Aharon Barak to be familiar with Article 33 of the Fourth Geneva Convention (“No protected person may be punished for an offense he or she has not personally committed. Collective penalties and likewise all measures of intimidation or of terrorism are prohibited… Reprisals against protected persons and their property are prohibited.”) and then run roughshod over it while successfully passing off your rulings as effective judicial review in a democracy.

This is the quintessential Barak legacy: the wink and nod underlying the rotten decay of the enterprise Israel is advancing on the other side of the Green Line. The endless talk about the “faithful public;” about having to shoot – but shedding a tear over it; about occupation – but an “enlightened” one; about killing – but “proportionately.”

Who has outdone Barak in providing a legal guise for what Israel has inflicted on the Palestinians? Who but he could write the judgments that provided the legal infrastructure for the project of oppression and repression, now entering its 53rd  year, while at the same time waxing poetic that, “Democracy, when it fights terrorism, fights it with one hand tied behind its back… The hand of the rule of law, of human rights?” The rule of law and human rights – seriously?

Just a reminder: this is in reference to a court that has never even once managed to grant a petition against the demolition of a Palestinian home built “without a permit,” all as part of a method where “the rule of law” is instrumentalized in order to whitewash the trampling of human rights, as Israel has instituted a planning regime where Palestinians simply cannot obtain building permits, and the Supreme Court has – of course – upheld the system.

Barak laments the good old days – his days on the bench. But have things really changed that much since? If demolishing homes is permissible – as Barak himself granted – then why bother with “due process” and the right to argue one’s case? For, ultimately, in any case, the court will allow the demolition to go ahead. If it is permitted – as Barak has ruled – to kill Palestinians, then let’s just do away with “proportionality” and let the IDF kick ass, as more and more politicians urge.

It’s difficult to empathize with the sanctimony coming from the person who cultivated the beast for 30 years, only to get riled up when it turns out to be Frankenstein’s monster. Barak has no right to be outraged. At most, he can be disgruntled about the ingratitude of the likes of MK Moti Yogev of the far-right Jewish Home party, who ought to feel indebted to Barak and his colleagues, but instead spoke of striking “the Supreme Court with a D9 bulldozer blade.” Yogev missed that, in practice, it is the justices of the Supreme Court who are behind the wheel of the bulldozers: from within the halls of justice, they bring the blade down on Palestinian homes, fields, and lands.

Barak, as he himself said, knows that “international humanitarian law is… made by the victors.” But, as I said at the UN, “the occupation has so perfected the art of watering down international humanitarian law and Human Rights Law as to render them virtually meaningless. Once military lawyers, state attorneys and Supreme Court justices are done masterfully chiseling out legal opinions, all that remains is raw injustice.” This is Barak’s legacy in a nutshell. It is an uncomfortable truth to hear, and that is probably why Aharon Barak got mad. Really mad.

Hagai El-Ad is the executive director of B’Tselem. This article was first published in Hebrew in Haaretz.