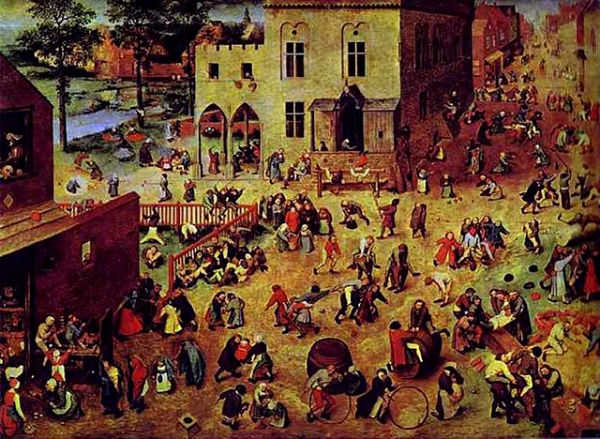 The first time I came to live in the States with my family, the year was 1990. I was 14 then and we lived in the heart of Washington D.C.’s teenager-unfriendly sprawl. It was at about that time that I really got into books, and would walk the unwalkable distance (no distance in suburbia is walkable) to a small strip mall, sit on the floor of its branch of “Crown Books”, and browse.

“Crown Books” in Cabin John, Maryland, was a temple to Stephen King. Even its poetry section didn’t get much artsier. The most exciting, avant garde book shelved there was the collected poetry of Robert Frost. I had to have do with this selection and didn’t discover “On the Road” until much later in life.

There were, however, benefits even to this kind of reading material. One of the shop’s bigger sellers was a tiny tome of inspirational prose by a veteran Iowan journalist named Robert Fulgham. It was entitled “All I really need to know I learned in Kindergaten.” Here is its eponymous musing.

All I really need to know about how to live and what to do and how to be I learned in kindergarten. Wisdom was not at the top of the graduate school mountain, but there in the sand pile at school.

These are the things I learned:
Share everything.
Play fair.
Don’t hit people.
Put things back where you found them.
Clean up your own mess.
Don’t take things that aren’t yours.
Say you’re sorry when you hurt somebody.
Wash your hands before you eat.
Flush.
Warm cookies and cold milk are good for you.
Live a balanced life – learn some and think some and draw and paint and sing and dance and play and work every day some.
Take a nap every afternoon.
When you go out in the world, watch out for traffic, hold hands and stick together.
Be aware of wonder. Remember the little seed in the Styrofoam cup: the roots go down and the plant goes up and nobody really knows how or why, but we are all like that.
Goldfish and hamsters and white mice and even the little seed in the Styrofoam cup – they all die. So do we.
And then remember the Dick-and-Jane books and the first word you learned – the biggest word of all – LOOK.
Everything you need to know is in there somewhere. The Golden Rule and love and basic sanitation. Ecology and politics and equality and sane living.

Take any one of those items and extrapolate it into sophisticated adult terms and apply it to your family life or your work or government or your world and it holds true and clear and firm. Think what a better world it would be if we all – the whole world – had cookies and milk at about 3 o’clock in the afternoon and then lay down with our blankies for a nap. Or if all governments had as a basic policy to always put things back where they found them and to clean up their own mess.

And it is still true, no matter how old you are, when you go out in the world, it is best to hold hands and stick together.

The time passed. My family returned from the States. Many things changed and many did not. The occupation, for one, still goes on now as it did then. This morning I joined a group of Israeli activists and business people on a visit to Ramallah’s “Mukataa” complex. There they were to meet Palestinian President Mahmoud Abbas and make a joint declaration of intentions concerning a new peace initiative.

The new initiative isn’t really that new. It was previously presented as the “Saudi Initiative”: the agreement proposed by king Abdallah, whereby if two states are formed along 1967 borders, then the Arab world will jointly recognize Israel’s existence and do its best to contribute to lasting peace. Being “Saudi”, the initiative was a tough sell to Israelis, so now it’s been renamed: “Israel Initiates”.

I don’t personally mind this silliness. As long as someone’s doing something to better things, let them be pragmatic about it. What did cause me to raise a brow was the tone and language of all who were seated across the long table at the presidential complex’s function room. Both Israelis and Palestinians spoke in extremely simplistic terms, using cautious vocabulary that should have long become outdated.

The Israelis, for one, were unable to voice the word “occupation”. Former MK Danny Yatom presented the initiative’s goals: “To end the bloodshed, to achieve lasting peace, to arrive at a two-state solution and avoid future conflict.” There was no mention of the current state of imbalance or injustice, and the need to end it. Nor did Yatom say anything about refugees, Jerusalem or other important issues. He expressed a lot of good will, but it was vintage good will, dating back to, well, 1990.

Idan Ofer, an Israeli businessman who does an admirable job investing in the West Bank and engaging his Palestinian peers, described a tour he organized for Palestinian students. He mentioned that for many of them, this was a first time of visiting the oh-so-near seafront, but made no reference to the reason for this, instead he voiced excitement about the Palestinians’ encounter with a “different Israel”.

Haven’t we gone past this need to show a different Israel? Aren’t we here to try and create a new Israel, since it’s flawed, as well as a new Palestine? Must we really resort to such secteraian sentimentality when it’s high time to be sophisticated, attentive to the present, sharp and innovative, and to learn the languages of one another? At one point I couldn’t help it, turning to a colleague I said: “Sure diplomacy calls for subtlety and beating around bushes, but these people sound like they’re in kindergarten!”

And then it came back, the walk to the strip-mall, “Crown Books” and those simple lines:

Share everything
Play fair
Don’t hit people
Put things back where you found them.
Clean up your own mess.
Don’t take things that aren’t yours.
Say you’re sorry when you hurt somebody.

Yes, these are the basics. We already know them. Why do we have to mention them again and again? And why aren’t we able to speak in more complex terms? At least at an elementary school level?

It is because some people have seemingly never been to kindergarten. The old-new initiative is meant to put pressure on the Netanyahu-Lieberman establishment, on people who don’t yet know that you should clean up your own mess and not take things that aren’t yours. How can anyone even begin to discuss grown up issues in a grown up manner with such people?

44 years into the occupation, Abbas, Yatom, Ofer and their partners have no choice but to start their campaign from rock bottom, from potty training, and the stubborn kid won’t even listen to that: Netanyahu refused to meet the Initiative’s promoters. It won’t be an easy trip for them. Lets hope that they remember to hold hands and stick together.