Pressure from both Palestinian activists and right-wing Israelis has put the spotlight on a conference that will present a new model for peace and coexistence. That is, if it ever happens in the first place. 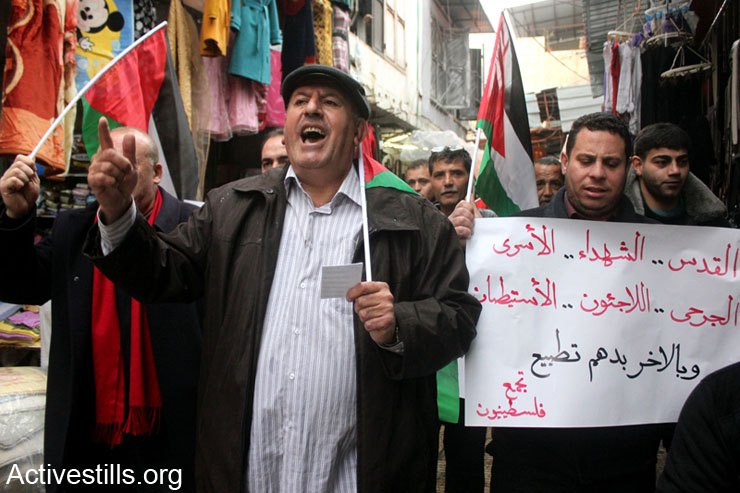 A launch event for an alternative Israeli-Palestinian peace initiative, slated to take place next week in the West Bank, is on the receiving harsh criticism from both Palestinian activists and right-wing Israelis.

The initiative, titled “Two States, One Homeland,” was founded by veteran Israeli journalist Meron Rapoport and Palestinian political activist Awni al-Mashni. The initiative began when Rapoport and al-Mashni, who sat in an Israeli prison for 12 years and writes regularly for Palestinian media outlets, started a discussion group that included Palestinians and Israelis from both the occupied territories and Israel who were interested in talking about a new confederation-based model as a solution for the Israeli-Palestinian conflict. The founders attempted to diversify the group by including settlers, ultra-Orthodox and those who live in the periphery.

The event, which is supposed to take place at a hotel on the outskirts of Beit Jala, has come up against pressure by Palestinian activists on the hotel owners to cancel the event. The activists have announced that should it take place, they will protest the conference at the entrance to the hotel and will nonviolently attempt to prevent participants from entering. 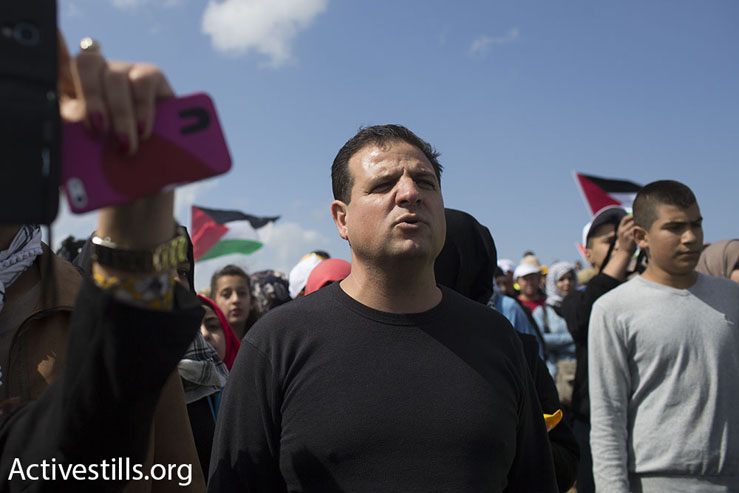 A document published by the Two States, One Homeland group lays out its new model: dividing the land into two states, while maintaining open borders, freedom of movement for all and recognizing that the country is the homeland of two nations. According to the initiative, a solution to the conflict would allow settlers to remain residents — but not citizens — of the new Palestinian state, while Palestinian refugees could live in Israel, but only as citizens of Palestine.

The initiative is described on the group’s website as a basis for reconciliation rooted in the recognition of the deep historical, religious and cultural connection that both nations have for the same land, Israel-Palestine, and that in the current reality, the two proposed solutions — two separate states or one state — lead to a dead end.

The conference, which was set to mark the 48th year of the Israeli occupation, is scheduled to take place at the Everest Hotel in Beit Jala. Located near the tunnels checkpoint that leads to Bethlehem, the event will allow both Palestinians from the occupied territories and Israeli citizens to attend. Along with the founders, Odeh and Bar-Shalom were among those who were supposed to deliver speeches. The guest list included both Fares and Grileck; the widow of Rabbi Menachem Fruman, Hadas Fruman; Ben-Gurion Univeristy Professor Oren Yiftachel; former member of the PA security agency Munir al-Abushi; Meretz activist Avi Dabush; and Dr. Thabet Abu Rass from The Abraham Fund among others.

Read: Are Israelis ready for a confederated two-state solution?

Last Thursday, however, a news item published on the News1 website [Hebrew] described Bar-Shalom’s participation as a direct expression of the leftist views of Shas leader Aryeh Deri. Since then, a great deal of pressure has been put on Bar-Shalom and Grileck by members of the right-wing ultra-Orthodox community, calling on them to back out of the event. Neither Bar-Shalom nor Grileck could be reached for comment.

Just two days later, the Popular Struggle Coordination Committees — the body responsible for organizing the popular struggle committees, which are in charge of organizing actions against the separation wall and the settlements across the West Bank — opened a Facebook event in which they announced their opposition to the event, as it constitutes a form of “normalization” with the occupation. The post specifically noted that the event legitimizes West Bank settlements. 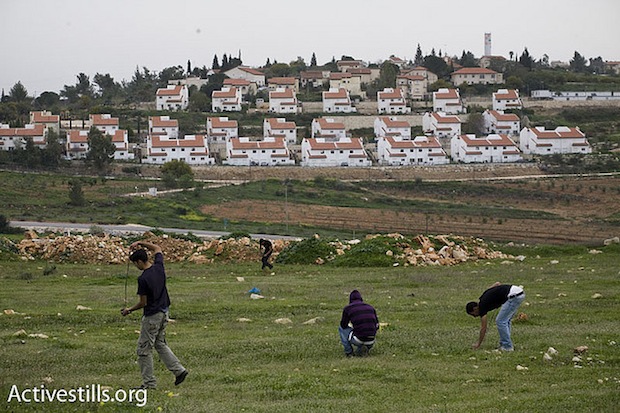 “We believe that peace initiatives must be promoted solely on the basis of agreed-upon principles, which include two states, an end to violations of Palestinian human rights, dismantling settlements and the right of return,” says Mahmoud Zuwara, a member of the popular struggle committee from the village Al-Ma’asara, near Bethlehem. “We do not need new initiatives that will replace international law. We feel that these initiatives are meant to show the nice face of Israel, in an attempt to evade international pressure. They even have settlers in the group, as if to show that they too support the ‘peace plans.’

“I am in contact with hundreds of Israelis, and very much support our cooperation with them. But the way to do this is through a joint effort, through a joint popular struggle. Israelis need to work out in the open, under the sun, against the crimes of the army and the settlers, and not hide inside a hotel around tables and speak nicely about another initiative that will most likely eventually disappear like all the others. Only those who are active together can do politics together. As for the Palestinian side, it is true that some of the speakers are Fatah officials, but I do not believe that they truly represent the position of their movement.”

‘The opposite of normalization’

Since the opening of the Facebook event, Palestinian activists have been putting pressure on the hotel to cancel the event. In the days that followed, Qadura Fares announced that he would not take part in the conference. In an interview with +972, Qadure admitted that he was not even sure how his name ended up on the list of participants. “The organizers did not act properly. They presented this initiative to me once, I said that the reality is very far from making this kind of dream come true, and that I still support the old two-state initiative. I am not part of the group, and although I am not very opposed to what they are doing, it is unclear why they are using my name.”

Following Fares, Ayman Odeh announced his cancellation on Wednesday. While I could not get a response from the Joint List chairman, several sources from his Hadash party (which makes up the Joint List, along with three other Arab parties) said that Odeh was unaware that the conference was a launch event for a new political movement, and that Hadash has yet to determine its stance vis-a-vis the new group.

In the wake of the cancellations and the public pressure, participants are re-thinking the conference, as well as where it will take place. A statement sent out to the press on Wednesday curiously left out the location of the event.

“We are currently moving forward, even if we do not know exactly where the conference will take place,” tells me Rapoport. “As for Fatah, I can say — not in their name — that the approval for this event comes from the highest-ranking officials. As for the settlements, it is true that we talk about freedom of movement in the entire region, for both Jews and Palestinians, as well as for both settlers and refugees. The vision is freedom to live anywhere in the country. This is something Arafat himself talked about, so I do not see an issue here. Furthermore, not a single peace deal has spoken this way about the right of return.”

In response to Fares’ comments, Rapoport says that he was only meant to be a guest, and that no one ever claimed he was a founding member.

“I do not know what we will decide tomorrow or the next day, but for now we are continuing,” adds al-Mashni. “We will meet with the anti-normalization and the BDS groups, but we must make clear that the conference is not normalization, since at its core lies the end of the occupation, and normalization is making peace while maintaining occupation. This is the exact opposite.”