There was nothing particularly new about the ads which so shocked American Jewry. They simply exposed a face of Zionism most American Jews rather not see.

In the last few days there has been a hullabaloo about several ads published by the Ministry of Aliyah Absorption (not, as it is often referred to, “Immigration Absorption”; more on this below). Much of it was the result of Jeffrey Goldberg getting annoyed and claiming that “Netanyahu’s government suggests Israelis avoid Marrying American Jews.”

Netanyahu, being Netanyahu, did what he knows best: He immediately ordered the ministry responsible to put down those ads, and outreached to American leaders in order to convince them he is still their friend. Naturally, such cravenness would not play well among the Israeli public, so Netanyahu avoided saying anything about the mess to the Israeli press – which, of course, did not like learning about it from the American press.

Admittedly, this is somewhat unfair to Netanyahu. For starters, they have nothing to do with him. They were produced by the Ministry of Aliyah Absorption (on which, immediately), held by Israel Beitenu’s (Liberman’s party) Sopha Landver. Netanyahu himself once married an American woman (his second marriage), so they most certainly are not directed at him.

Secondly, and most importantly, those ads show the essence of Zionism. The main concept of Zionism is that Jewish life, outside of their national homeland, is the life of an invalid. They cannot be truly Jewish life since they lack the national element of Judaism. Jews can only be fully Jews when they live in Israel. An early Zionist writer, Yehuda Pinsker, compared the lives of diaspora Jews to that of the undead, and went further on to say anti-Semitism is a natural response to the unnatural existence of deracinated Diaspora Jews.

Accordingly, Zionism views Jewish life abroad with disdain. This is reflected in the language: A Jew who immigrates to Israel is called an “oleh,” literally someone who transcends; One who emigrates from Israel is called a “yored,” literally someone going down. Hence, the need for an a ministry who will cater to the needs of Jews who “make aliyah” – The Ministry of Aliyah Absorption. Incidentally, it is extremely difficult for a non-Jew to immigrate to Israel. 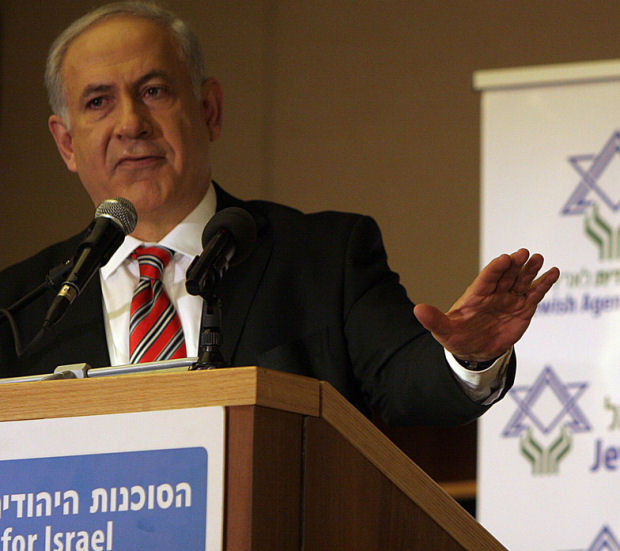 Israeli Jews, particularly the hardcore Zionists, view Diaspora Jews with thinly veiled contempt, which erupts to the surface from time to time – such as when former President Weizman called upon American Jews to leave the US and come to Israel, and so fulfill their destiny, or when the author A.B. Yohoshua told American Jews in 2006 that “Outside of Israel, Judaism cannot exist. You are dealing with a Judaism of plug and play… You switch identities as you change your jackets… If China becomes stronger than the US, you would all move to China.” This is not particularly new: The Palestine/Israel branch of the historic Zionist movement always considered Zionists living in Israel to be superior to Jews living in the Diaspora, and considered Diaspora Jews not as independent human beings but rather as Zionist building blocks. Nowhere was this more evident that in Ben Gurion’s famous saying, that if he had to choose between a million Jewish children being saved by being sent to Britain or just half of them saved, but sent to Palestine, he would choose the latter. For hardcore Zionists, Diaspora Jews are failures; They can only be redeemed by joining our armed ghetto.

Therefore, the very idea of an Israeli Jew leaving the country and joining the Diaspora is disgusting to Israeli Zionists, particularly the older ones. Former PM Rabin called them “a residue of cowards.” For most Zionists, the idea of an Israeli Jew losing himself and his hard-won identity in the Diaspora, basically spitting on all that Zionism fought for, is loathsome. Hence the ads: They are trying to save Israeli Jews from sinking to the level of “regular Jews,” or, God forbid, “assimilating” with the gentiles.

Naturally enough, most Zionists did not put it exactly this way to American Jews – Weizman and Yohoshua were exceptional in their bluntness. Many American Jews would be surprised how many Israelis hold them in contempt – unless, as Goldberg did, they do the Zionist thing, move over to Israel and pass our ritual of passage, service in the IDF. Those who do that are considered heroes – people who have left the soft Diaspora behind and joined Israelis in their increasingly bitter quest for revenge on history. As a result, Goldberg may never have faced those sentiments.

But they exist, they predominate (though, among the younger Israelis, they are speedily waning), and there is nothing new about them. They were dominant even before Israel existed, when “those who stormed Canaan” called Diaspora Jews, survivors of the Holocaust, with cruelty they would take decades to fully digest, “soapies.”

For more on this issue from +972:
Israel cancels marriage ad after angry response from US Jews