Settlers build a new outpost in the Jordan Valley, in the shadow of a recent law that retroactively legalizes land theft in the West Bank. 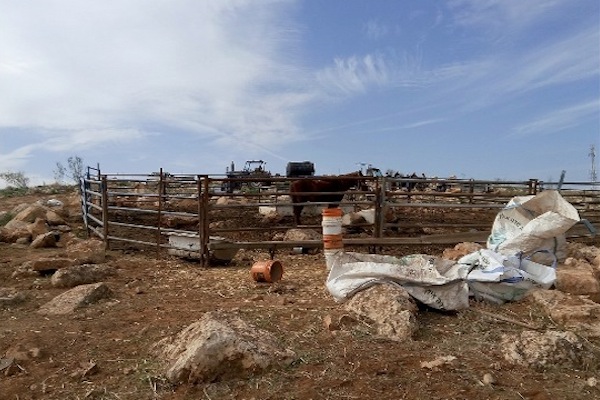 Israeli settlers have established a new settlement outpost in the Jordan Valley, likely the first since the illegal outpost of Amona was demolished and in the shadow of a recently-passed law that retroactively legalizes Israeli outposts.

According to Israeli activist group Machsomwatch, a volunteer organization of Israeli women that monitors checkpoints and the separation wall, there are currently 11 settlers — including one soldier — living in the outpost, located adjacent to the Umm Zuka Nature Reserve. Two caravans have already been erected next to a large water tank.

Machsomwatch has submitted a complaint to the Civil Administration. According to the organization, two additional illegal outposts were established nearly three months ago in the northern area of the Jordan Valley.

The new outpost is still in initial stages. It is located next to Route 5788, and according to eye witnesses, there are three adults, eight teenagers, and one soldier currently living there. The teenagers, who work as shepherds, carry weapons, though it is unclear whether they have a license to do so. Palestinians who live in the area told Machsomwatch activists that they own over seven acres of the nature reserve’s land, yet the IDF does not allow them to enter. Palestinian shepherds in the area described how the teens of the outpost took over their land, kicking them out at gun point. 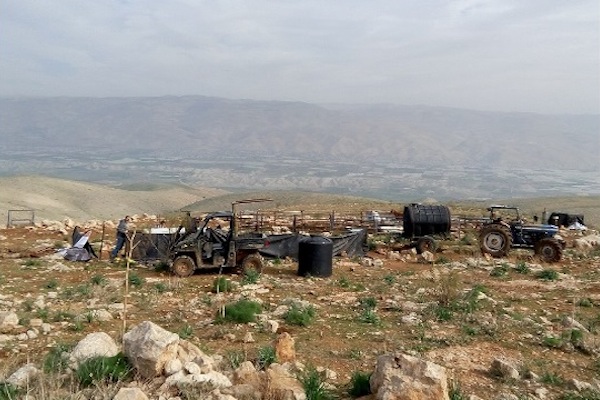 According to Dafna Banai, a Machsomwatch activist: “We were driving on a regular patrol when we were shocked to discover that under the IDF’s nose settlers built an illegal outpost. It is staggering and angering to discover that a soldier in uniform is taking part in building the outpost — and the IDF is not intervening and does not prevent this dangerous, irresponsible injustice from taking place.”

In a complaint submitted to Maj. Gen. Yoav Mordechai, the Coordinator of Government Activities in the Territories (COGAT) and OC of Central Command Roni Numa, Machsomwatch wrote: “In the past few days we have witnessed the establishment of a new outpost adjacent to an army base and inside a nature reserve that full of slopes rich in wildlife and plants and beautiful canyons… according to the nature reserve laws, every measure must be taken to evacuate those who illegally hold on to the land in the nature reserve…”

“Currently the illegal outpost is still in its beginning stages,” wrote the activists, “yet only recently did we learn that one antenna or a single caravan are enough to take over land and establish illegal outposts. To demolish them requires endless hearings in court.”

The Nature and Parks Authority told Local Call that the new outpost is not actually built in the nature reserve. This, of course, does not make it legal, since the establishment of any new settlement — even on state land — is deemed illegal. In addition, the fact that it was built on seven acres on the edge of the reserve, which according to Palestinians is private land, raise suspicions that the outpost was, in fact, built on land that belongs to Palestinians. “Even if the outpost was not built on the land of the nature reserve,” Machsomwatch activists say, “there is no doubt that it is an illegal outpost that is slated for demolition.” 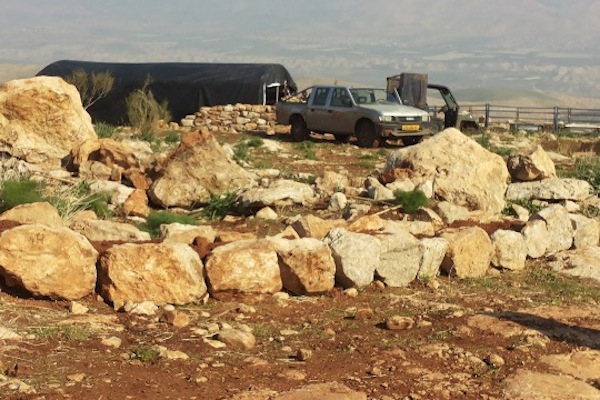 The Civil Administration told Local Call that the outpost has been served with demolition orders. “The Civil Administration in the Judea and Samaria region is using all means of oversight and enforcement against illegal construction. These particular structures have already been served with a stop-work order,” COGAT told Local Call, “we emphasize that these structures are not within the boundries of the nature reserve and enforcement against them will take place in accordance with the considerations of the authorities.”

According to the Jordan Valley Regional Council, however, the outpost was built with the agreement of all the relevant bodies. The head of the council, David Elhayani, told Local Call that the structures in question do not constitute an outpost, but rather “regional agriculture” that was built “with the approval of all parties. There are two of these, one next to Mehola, and another next to Hemdat.”

“That’s what the Administration says. I am telling you that we built these with the approval with all the necessary bodies.”

With who, for example?

“I don’t want to get into it. Everyone knows. We got everyone’s approval.”