The ruling Likud party welcomed to Israel members of the far-right Austrian Freedom Party, whose founders were high-ranking officials in the Third Reich. But the Israeli Right’s ties to fascist movements stretch back as far as the 1920s. 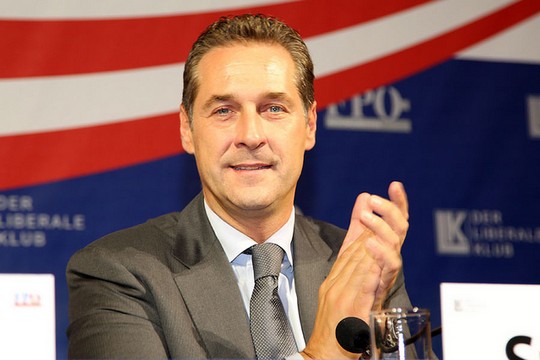 The heads of the Freedom Party of Austria, an extremist, far-right political party, are currently visiting Israel following a formal invitation from the ruling Likud party.

This isn’t the first time top right-wing Israeli politicians have supported the Freedom Party of Austria, which was established by high-ranking members of the Nazi regime and SS officers. They themselves are deemed “Nazis” by Austrian politicians, publish anti-Semitic propaganda, and promote an Islamophobic, racist agenda. Deputy Minister of Regional Cooperation Ayoob Kara (Likud), for instance, participated in a 2010 ceremony alongside members of the party, while head of the Shomron Regional Authority in the West Bank, Gershon Mesika, took part in a conference organized by right-wing organizations, which included the Freedom Party of Austria.

However the ties between the Jewish-Israeli right and racist European movements go back many years.

In the beginning of 1940, Avraham Stern, the head of Lehi — a far-right, pre-state Zionist militant group — believed that the Second World War was a historic, revolutionary opportunity to find an ally to replace Great Britain. Lehi’s newspaper wrote that “sacrificing victims on the altar of democracy on the one hand, while getting rid of the Nazi regime on the other — neither are part of the Jews’ war.” The organization then sent Naftali Lubintsky to Beirut to meet with a Nazi representative who proposed an alliance between the two groups.

Lehi suggested taking an active role in the war alongside Germany (at the time, many Jews had already been murdered by the Nazi regime, following years of institutional anti-Semitic persecution). After the meeting with Lubinsky, the Nazi diplomat wrote the following in a memorandum: “According to our worldview, the Etzel [the diplomat mistook Lehi for Etzel, another militant Zionist organization, from which Lehi broke off – n.r.] is similar to the totalitarian groups in Europe.” When taking into account the Lehi’s different publications about the “atrophied Arab race,” one starts seeing similarities. According to Lehi’s proposal, “the organization promises to Germany that this alliance will strengthen the moral foundations of the new German order in the eyes of humanity.” 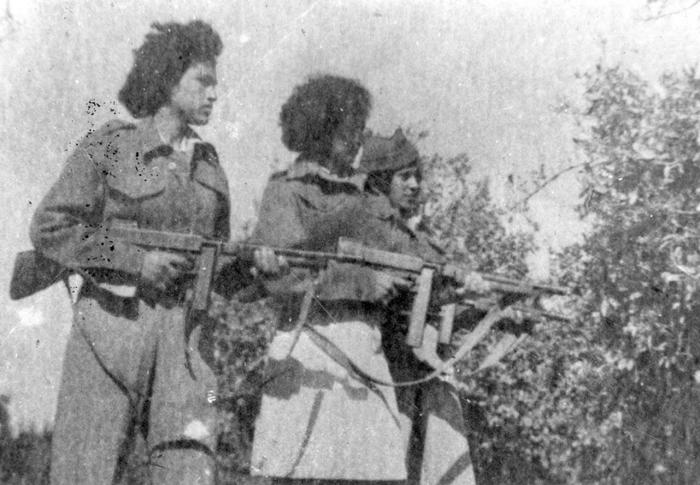 Although Lehi never received an official response, internal German correspondences show that a senior clerk in Germany’s Foreign Ministry responded as follows: “Does anyone think that the Reich is interested in a Jewish state in Palestine when we are hoping to gain the Arab and Muslim region’s support for the purposes of our war?”

When the Germans did not respond, members of Lehi tried to make contact through one of the group’s future leaders, Natan Yalin Mor, through the Turkish Embassy in December 1941. By that point the number of Jews murdered by the Third Reich had already reached tens of thousands, if not more.

Lehi not only tried to form an alliance with the Nazis. In 1940, the group tried to reach an agreement with the fascist government in Italy. In exchange for Italy’s support, Stern promised the Italians to “annihilate the Jewish diaspora” by uprooting Jews from their homes from Italy and Germany, and sending them to Israel.

It later turned out that this agreement, called the “Jerusalem Agreement,” was organized alongside Etzel and the British authorities, who impersonated high-ranking members of Italy’s government in order to tarnish Lehi’s name.

Or we can go back even further to 1921, when Revisionist Zionist leader Ze’ev Jabotinsky signed an agreement with Ukrainian leader Symon Petliura — the symbol of murderous anti-Semitism, who was responsible for organizing pogroms that took the lives of thousands of Jews. After Petliura was expelled from his homeland, Jabotinsky proposed establishing a Jewish militia that would fight for him in exchange for protection if and when he returned.

An alliance of hate

The ties Likud is trying to build with extremist right-wing groups in Europe is an attempt to find common ground over both’s hatred for Islam. This way, Europe’s racist right wing is no longer considered anti-Semitic, while the Israeli Right gets more support for settlement building and the violence against Palestinians in the West Bank and Gaza. Likud, whose members often do not hesitate to label President Barack Obama an “anti-Semite,” does not think twice before it grants legitimacy to a racist political party.

This is an alliance of hatred, which mocks the very idea of Israel’s war against global anti-Semitism. Unfortunately, Jewish-Israeli nationalism, as we have seen, did not shy from forming rotten alliances with the most deplorable groups. It continues to do so today.